We're Hiring: How to become a truck driver 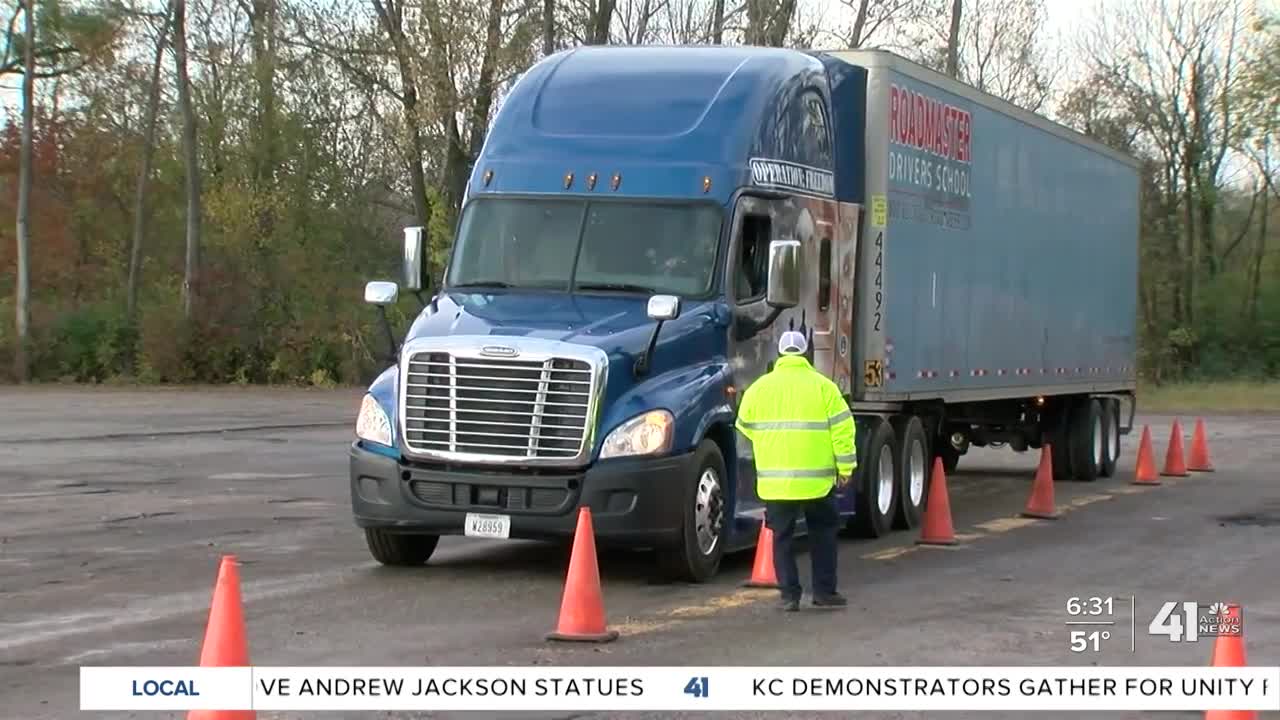 Have you ever thought about a career as a professional truck driver? Kansas City companies say demand is high. 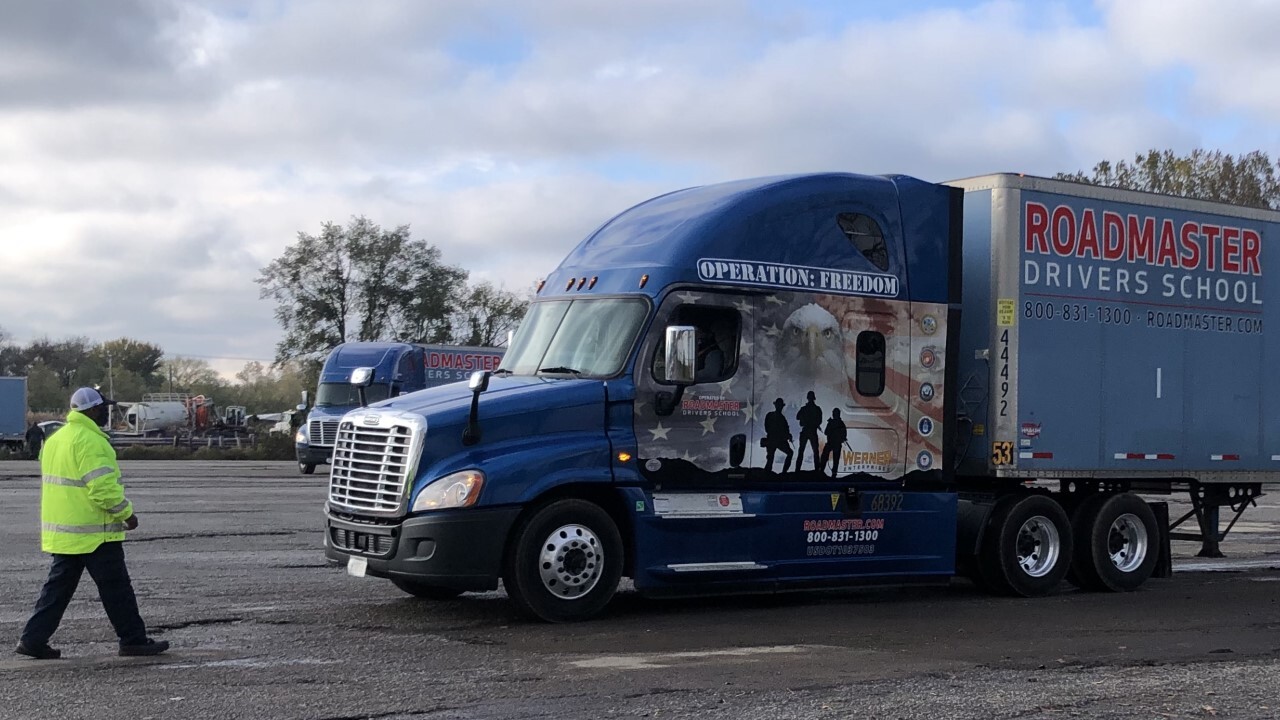 Not much more than six months ago, Patrick Woods never thought he would be training for his commercial driver’s license, but then he lost a job he loved.

“I was a residential supervisor for a facility that housed children with disabilities,” he said. “It took the pandemic to pretty much make me realize there is another opportunity out there.”

Now he is hopeful for his new career and hopes to be working within just weeks of starting training.

At Roadmaster Drivers School, it is a three to four-week course to obtain the CDL.

“It's so exciting seeing someone learn something new,” said Quincy Jones, an instructor at Roadmaster Drivers School. “Some people have never been in a truck, so just getting in it, seeing how high it sits up. You’ll learn how to maneuver in a truck. You learn how to back it up, it’s a long trailer back there at 53 feet.”

The job comes with good pay.

Ball said the training at Roadmaster Drivers School costs about $7,000, but along with possible student financing or aid, companies who hire their students can often pay back the cost of training.

There are several options to get a commercial driver’s license in Kansas City.

Workforce Partnership works with Kansas residents of Leavenworth, Johnson, and Wyandotte counties. Executive director Keely Schneider said if a student meets income requirements or has been laid off through no fault of their own, the program can help with access to government funds that could potentially cover the cost of training.

They can also those who aren't residents of the counties they serve but who lost their job from a company that is in their service area.

Johnson County Community College has a training program available on weekends and is planning on expanding its current CDL program next year because of demand.

Their class costs $4,700 and is often covered through the help of WIOA funds for eligible students, according to an email from the dean of continuing education, Elisa Waldman.

She also said JCCC has grant money available to train 12 veterans as CDL drivers over the next eight months.

Waldman added that the next available opening for the CDL class is coming up in April, but there are orientation classes in December for anyone interested in learning more.

Woods said he already knows where he plans to work.

“They are going to pay for my tuition while I’m working with them,” he said.

That's often the case for students.

“Before we start a student in school, we actually apply with trucking companies and make sure that they’re hireable,” Ball said. “They actually get a pre-hire letter from the company that says they will hire them at graduation.”

41 Action News talked to a representative at Werner, which has at least a dozen jobs available in the Kansas City area and works with Roadmaster Drivers School.

ACT also said they have 10 available jobs for CDL drivers open in the Kansas City area and works with both JCCC and another local training company to hire new drivers.

Woods is looking forward to his first paycheck in his new career.

Thousands of people are filing for first-time unemployment in Kansas and Missouri every week due to the COVID-19 pandemic.

If you are looking for a new career, 41 Action News is here to help.

Each week, morning anchor Lindsay Shively will show you a career you may have never considered — and with companies that want to hire right now.

Be sure to check out our Job Search section for more open positions, too.