‘4th & 1’ podcast: Mahomes seeks to even record vs. Brady 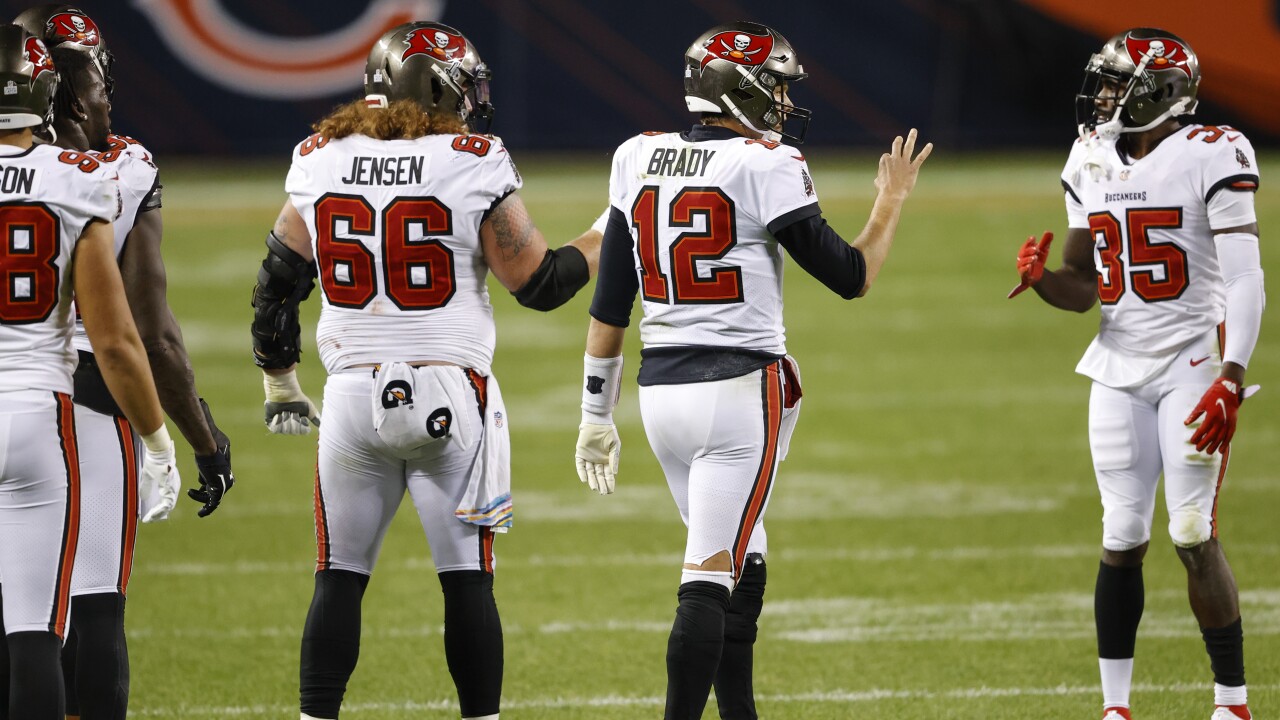 (Copyright 2021 The Associated Press. All rights reserved. This material may not be published, broadcast, rewritten or redistributed.)
Kamil Krzaczynski/AP
Tampa Bay Buccaneers quarterback Tom Brady (12) holds up three fingers thinking it was only third down after what was actually fourth down during the second half of an NFL football game against the Chicago Bears, Thursday, Oct. 8, 2020, in Chicago.

The Patriots beat the Chiefs twice during the 2018 season — once in a 43-40 midseason shootout in Foxboro and then three months later in an overtime thriller during the first AFC Championship Game ever at Arrowhead Stadium.

Mahomes and the Chiefs got the better of Brady and the Patriots last season back at Gillette Stadium.

But now Brady has moved on to Tampa Bay, while Mahomes continues his ascendance as the best player in the NFL right now.

So, who has the edge in Mahomes-Brady IV, which kicks off at 3:25 p.m. on Sunday from Raymond James Stadium in Tampa?

Our “4th & 1” podcast crew weighs on and explains why the Chiefs should be able to beat the Buccaneers — and may not be finished playing in Florida during the 2020 season. (Hint: Guess where Super Bowl LV will be played in February?)

Host Tod Palmer and analyst Nick Jacobs discuss that and more on the latest "4th & 1" podcast.

The “4th & 1” podcast is the twice-weekly, Chiefs-centric podcast from 41 Action News, the official broadcast “Home of the Chiefs.” Co-hosts Nick Jacobs and Tod Palmer analyze and breakdown the Chiefs’ opponent and performance for pre- and post-game episodes — available on iTunes or your preferred podcast platform — each week during the season.