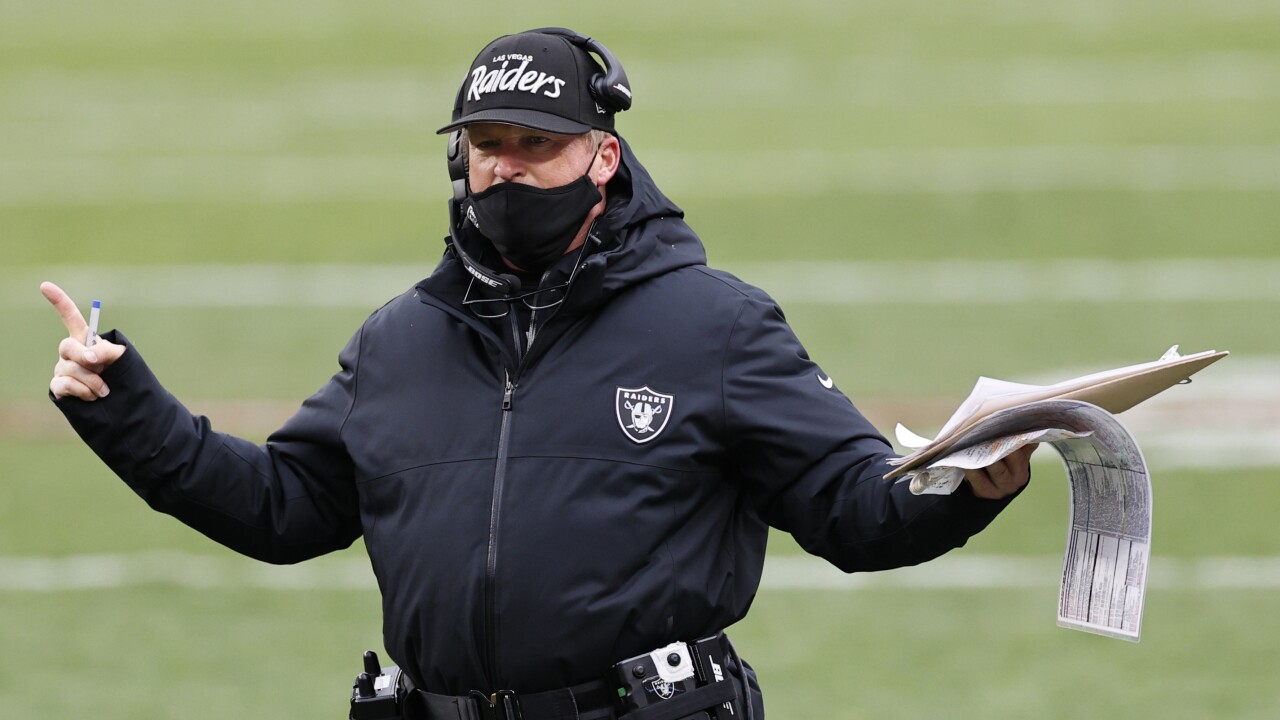 (Copyright 2020 The Associated Press. All rights reserved. This material may not be published, broadcast, rewritten or redistributed.)
Ron Schwane/AP
Las Vegas Raiders head coach Jon Gruden reacts during the second half of an NFL football game against the Cleveland Browns, Sunday, Nov. 1, 2020, in Cleveland.

KANSAS CITY, Mo. — The Raiders’ victory lap in the team bus around Arrowhead Stadium after a Week 5 win against the Kansas City Chiefs dominated much of the talk in the buildup to Sunday’s AFC West powerhouse rematch.

On the bright side, Gruden’s antics — and his team’s win — helped rekindle a dormant rivalry, which had become lopsided in Kansas City’s favor in recent years.

The Chiefs’ first visit to the Raiders’ new digs, Allegiant Stadium in Las Vegas, promises fireworks on Sunday Night Football. The game can only be seen on 41 Action News.

The “4th & 1” podcast is the twice-weekly, Chiefs-centric podcast from 41 Action News, the official broadcast “Home of the Chiefs.” Co-hosts Nick Jacobs and Tod Palmer analyze and breakdown the Chiefs’ opponent and performance for pre- and post-game episodes — available on iTunes or your preferred podcast platform — each week during the season.