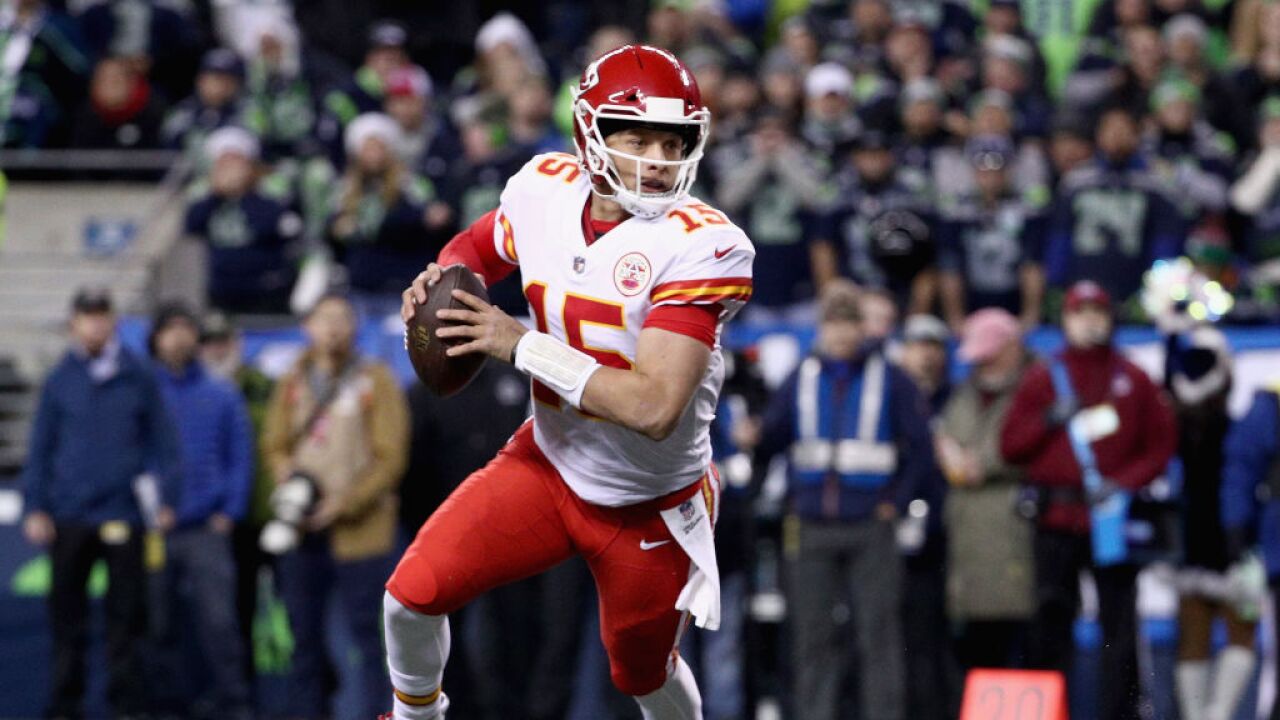 Abbie Parr/Getty Images
SEATTLE, WA - DECEMBER 23: Patrick Mahomes #15 of the Kansas City Chiefs looks to pass to teammate Damien Williams #26 (not pictured) for a touchdown in the second quarter of the game against the Seattle Seahawks at CenturyLink Field on December 23, 2018 in Seattle, Washington. (Photo by Abbie Parr/Getty Images)

The Kansas City Chiefs can sweep the season series with a bitter division rival, the Oakland Raiders, and clinch a third straight AFC West crown as well as the No. 1 seed in the AFC with a victory.

It's the third straight week the Chiefs, who have won seven of the last eight games against the Raiders, have had that opportunity.

A win also could be pivotal in quarterback Patrick Mahomes’ quest for the league MVP.

A loss potentially would leave the Chiefs as a Wild Card team, playing a road playoff game without a bye.

The 4th and 1 Chiefs podcast crew is back to break down Sunday game, which has been moved to 3:25 p.m.