Wildcats search for answers, not excuses. 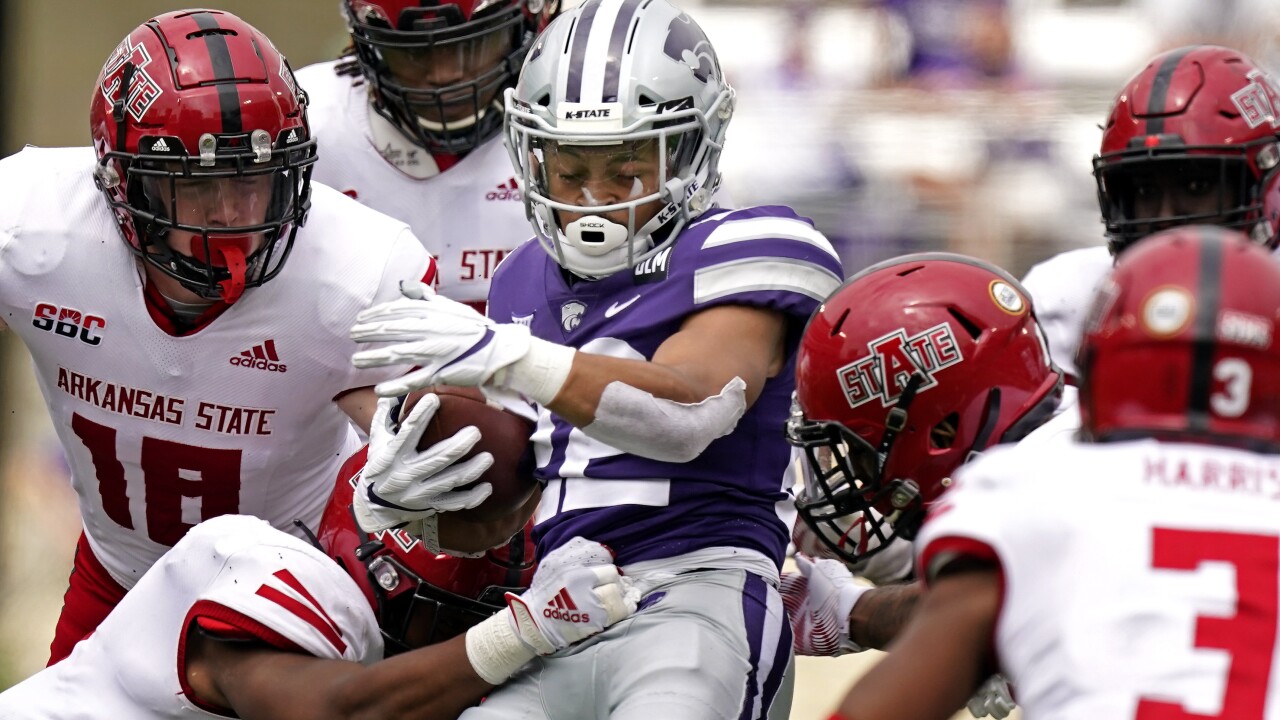 (Copyright 2020 The Associated Press. All rights reserved. This material may not be published, broadcast, rewritten or redistributed.)
Charlie Riedel/AP
Kansas State running back Deuce Vaughn (22) is tackled by a group of Arkansas State players during the second half of an NCAA college football game Saturday, Sept. 12, 2020, in Manhattan, Kan. (AP Photo/Charlie Riedel)

Both teams played without many key starters due to COVID-19 concerns, according to multiple reports.

Arkansas State Head Coach Blake Anderson said he felt like the matchups were in his team's favor. A-State gained 489 yards of total offense against KSU, en route to the program’s first victory over a Power 5 team since 2008.

Klieman said the end result was not the outcome K-State wanted, and that they "didn't play particularly well."

Kansas State has an off week before facing the Oklahoma Sooners on Sept. 26.