AFC Divisional playoff preview: How the Chiefs can break the Colts jinx 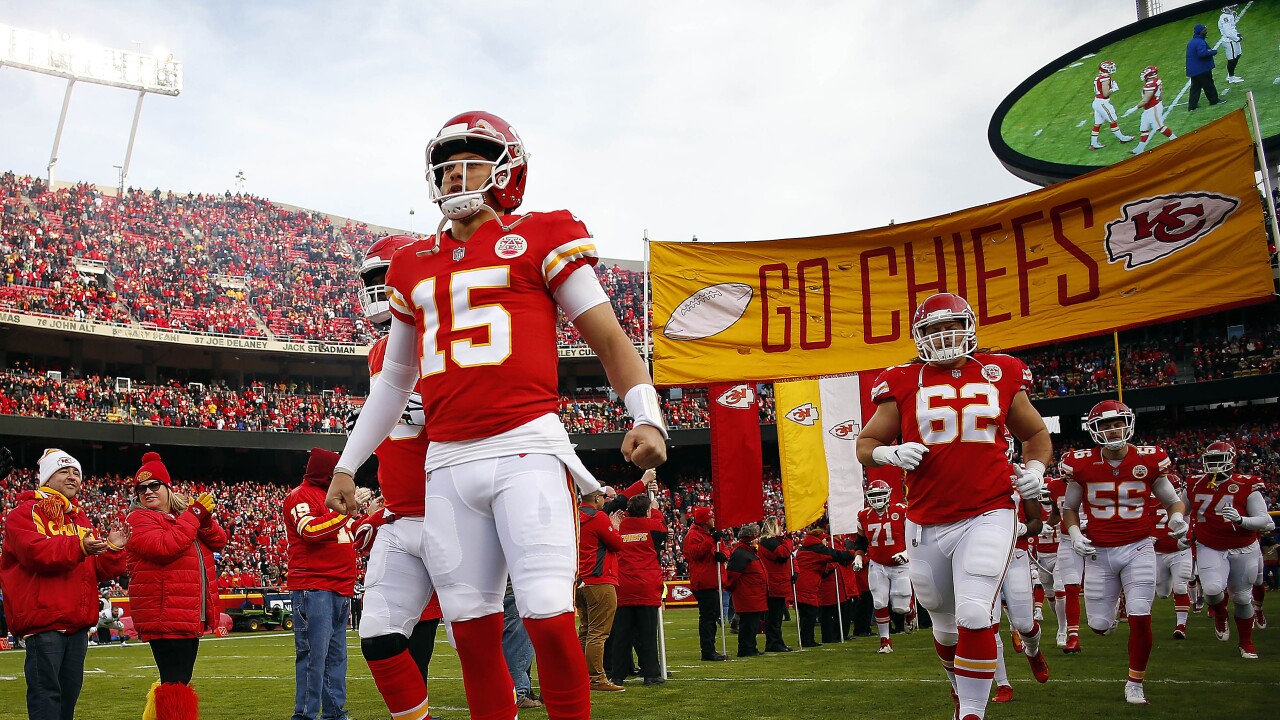 KANSAS CITY, Mo. — The biggest game of the Kansas City Chiefs' season has finally arrived. All of the big moments and record-breaking performances we've witnessed this season were to prepare the Chiefs for Saturday's AFC Divisional playoff game against the Indianapolis Colts.

Quarterback Patrick Mahomes gets his first experience behind center with the weight of the entire Chiefs Kingdom on his shoulder. He and the offense carry the Super Bowl dreams of the roster, a starving fan base and the rest of the organization into the showdown with the Colts at 3:35 p.m. on 41 Action News.

Regardless, the playoff experience Mahomes gains will help educate him on the execution and intensity required to chase future championship dreams, but may never be a better opportunity than this season with top-seeded Chiefs.

The Colts are a team offensively that relies on a fierce and physical offensive line to get their run game going, utilizes play-action pass off of that, and spreads opposing defenses out with single-back and shotgun formations.

Defensively, Indianapolis run a Cover 2 zone scheme, relying on the speed of its linebackers and cornerbacks to keep the ball carrier in front of the sticks combined with sure tackling to force offenses to remain patient. The safeties over top are there to keep the defense from getting exploited on deep passes that result in game-changing explosive plays.

The Colts try to force teams into limited possessions that require sustained drives to score, but there are opportunities for the Chiefs to attack in different ways Saturday. Here's a blueprint for reaching the AFC Championship Game:

1. Get Mahomes in rhythm early

This might not seem like a massive deal, but it will be a big factor in deciding the outcome of the game. Mahomes looked amped up early in some of the season's biggest games — against the Broncos on Monday NIght Football and versus the Jaguars, Patriots, Rams, Raiders, Ravens and Seahawks.

He missed some throws early in those games and it usually took him a quarter or more to figure out the defense and settle in.

There seems to be immense pressure on Mahomes and the offense to be flawless because of the defense's struggles, and sometimes he appears to put a lot of pressure on himself to be the catalyst for this offense.

Mahomes has routinely looked for the home-run ball in these games when he might be better served hitting a few singles early to provide confidence and set the tempo for the rest of the team. The Colts' defense will attempt to force him to be patient, but if he can be it might actually benefit the Chiefs in the long run.

The Colts also like to bring blitzes on third-and-8 or longer, so staying ahead of the sticks is crucial to avoid their attack and speed on third down.

2. Quick hit and shake the tackle

With the depth the Colts' linebackers get in their zones, Mahomes will need to attack this defense in a similar way to the Pittsburgh Steelers. He will have tight windows in certain areas and will need to throw with good anticipation before the defender has fully dropped into his zone.

Mahomes will have to be OK with taking check downs and picking up 4 yards per play at times to move the chains.

The Chiefs' receivers also must make Colts defenders miss tackles in the open field, turningso that the occasional 4-yard play turns into a first down or more.

The Colts' zones struggle with three receiving options on the same side. That can be achieved from the bunch formation, trips or two receivers with a tight end on the line.

Bonus — the Chiefs have had a ton of success in these alignments all season.

The Colts' zone drops and speed at the linebacker position eliminates reverse plays, but it opens up jet sweeps, misdirection screens, counters and draws out of shotgun and single-back sets.

Teams routinely moved the chains when sprinkling in these plays against Indianapolis' Cover 2, because the zone drops offer 5-plus yards on these options. The misdirection screens can be even more lethal when executed correctly.

Colts quarterback Andrew Luck likes to have his hands out and immediately ready to go in the shotgun formation. It is his way to force the safeties to declare their coverage early.

The Colts run their silent count, which should be an absolute necessity if Chiefs fans do their job Saturday, based on Luck’s leg kick and the center looking between his legs.

That provides the Chiefs an opportunity to alter some of their looks in coverage and in their rush to confuse Luck and the Colts' protection.

Indianapolis probably will try to utilize a running back to chip on Chiefs outside linebacker Dee Ford around the edge, so defensive coordinator Bob Sutton would be wise to utilize a variety of rushes to get after Luck.

The Colts have struggled with the wide-nine and wide-three technique alignments pinched in on the offensive line. It collapses the pocket in on Luck and speeds up his reads a little bit and appears to make him more uncomfortable than other alignments.

Left tackle Anthony Castonzo tends to keep his hands in his "holsters" and routinely exposes his chest to opponents. The combination of a hand in his chest and a speed rush on his outside shoulder are tough for him to recover from.

Left guard Quenton Nelson turns his shoulders when a defender gets on his outside shoulder and over-commits when teams are setting him up for a loop or twist. He struggles to stay even and can be knocked off balance because of it.

There also are opportunities to create pressure with fire blitzes and delayed blitzes in the A gaps.

Even if the rush cannot get there, Luck will hesitate and at times leave the ball low to be deflected if a defender jumps the throwing lane.

This will be the toughest task but also could have the biggest impact on the outcome.

The Colts will likely try to force the Chiefs into their nickel sub package and will want to double the Chiefs' defensive tackles then work up to the linebackers at the second level.

The Chiefs have yet to consistently find an answer solution for this weakness. The only two things the run defense can do to upset such blocking assignments is to switch their run fits and disrupt their assignments or shoot the gaps and get upfield.

The defense might get gashed at times with these ideas, but it’s one of the few options they will have to slow down the Colts' running game with Marlon Mack, Nyheim Hines and Jordan Wilkins.

Hilton is a big target in vertical, post, crossing and comeback routes. He is Indianapolis' deep threat who forces teams to remain honest.

Tight end Eric Ebron is big over the middle in their play-action game, down the seam, with corner routes and moves the sticks on a routine basis.

In crunch time, Hilton and Ebron are the options Luck likes to look for.

The Chiefs, who have lost six consecutive home playoff games, have an opportunity Saturday to change the national perspective of the franchise through execution, focus and relentless mentality. Or the sins of playoffs past — with plays left on the field, a lack of adjustments and a drop in intensity — may result in another promising season cut short.

Nick Jacobs can be found on Twitter: @Jacobs71 and can also be heard on the 4th and 1 podcast brought to you by 41 Action News. 4th and 1 is available on iTunes , Google Play and TuneIn . You can check out all the 41 Action News podcast here .