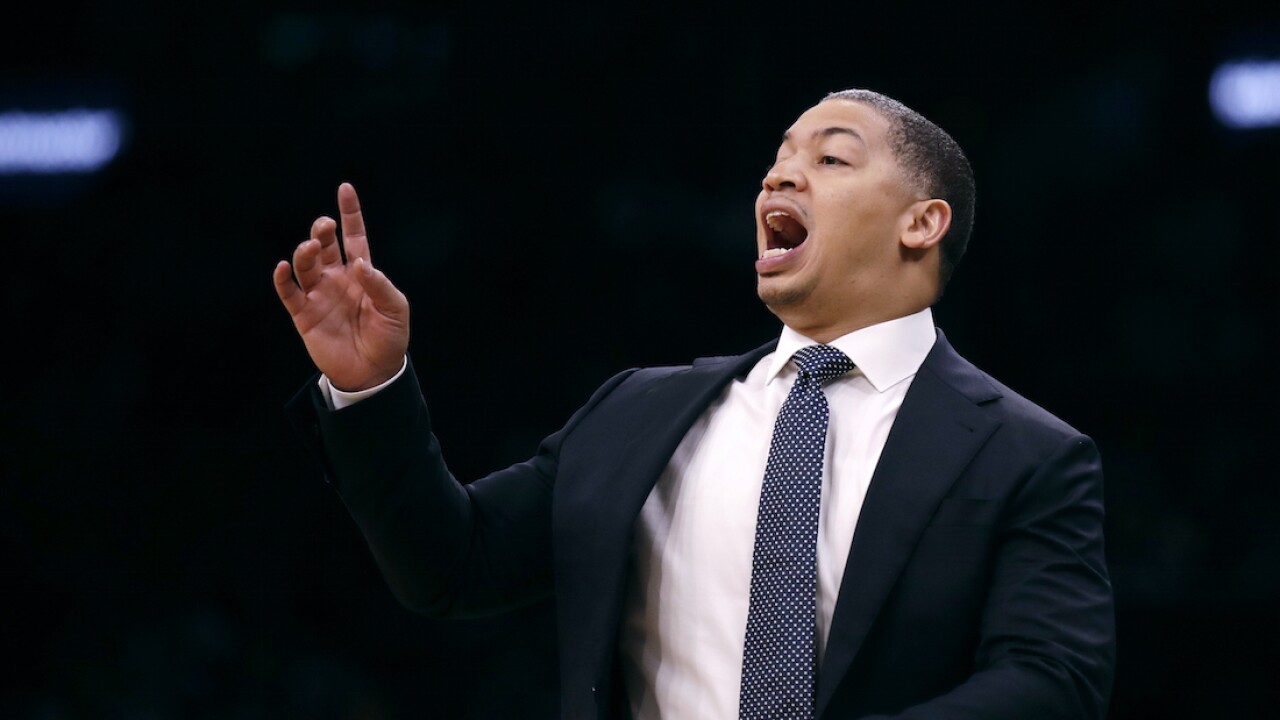 Copyright 2018 The Associated Press. All rights reserved.
Charles Krupa/AP
FILE - In this Tuesday, Oct. 2, 2018, file photo, Cleveland Cavaliers head coach Tyronn Lue calls to his players during the second quarter of an NBA basketball game against the Boston Celtics in Boston. Tyronn Lue has agreed in principle to become the next coach of the Los Angeles Clippers. Final terms were still being worked on, according to the person who spoke to The Associated Press on condition of anonymity Thursday, Oct. 15, 2020, because no contract had been signed.

Tyronn Lue has agreed to become the next coach of the Los Angeles Clippers.

A person with knowledge of the situation says the final terms are still being worked on. The person spoke to The Associated Press on condition of anonymity because no contract had been signed.

Lue, a 1995 graduate of Raytown High, will replace Doc Rivers, who had coached the Clippers for the last seven seasons.

According to ESPN's Adrian Wojnarowski, Lue agreed to a 5-year deal.

Lue was on Rivers' staff this season when the Clippers wasted a 3-1 lead over the Denver Nuggets and lost in the Western Conference semifinals.

Lue won an NBA championship in 2016 as head coach of the Cleveland Cavaliers. The Cavs reached the NBA Finals three straight years with Lue at the helm.