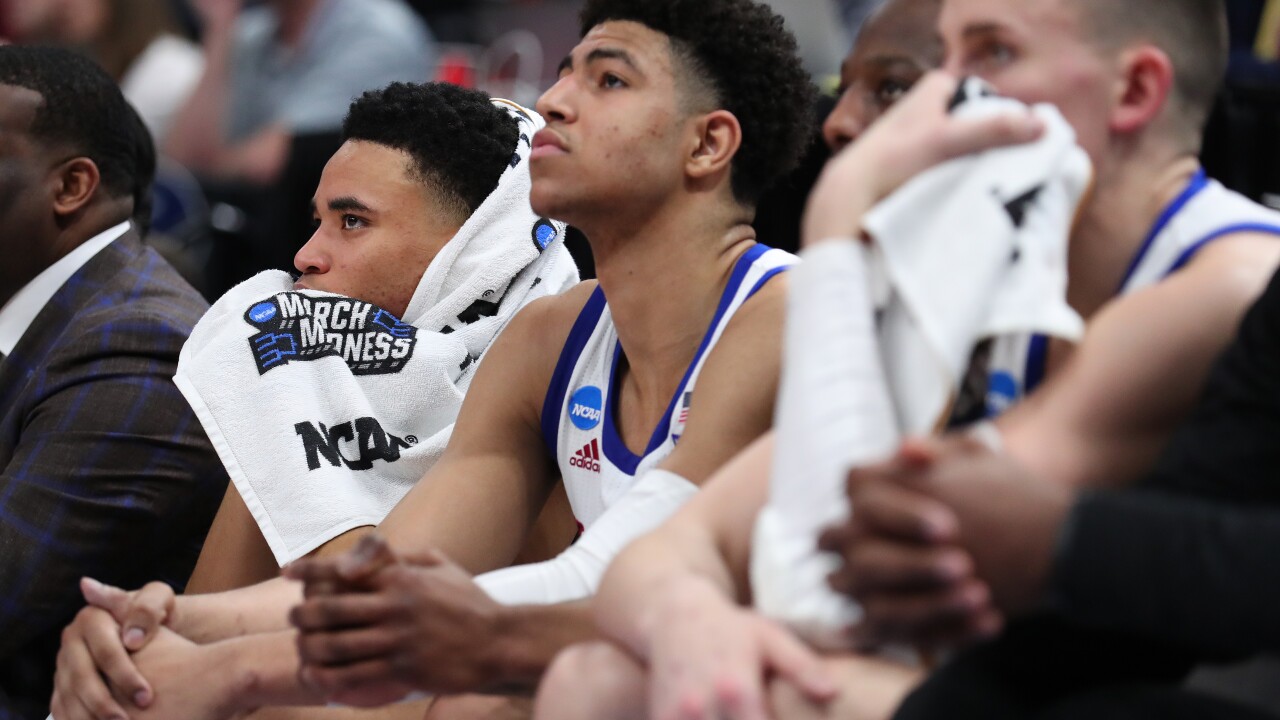 SALT LAKE CITY — Auburn is going back to the Sweet 16 for the first time since 2003.

Bryce Brown made eight of his first nine shots and finished with 25 points to lift the fifth-seeded Tigers to an 89-75 victory over Kansas.

This was a wire-to-wire runaway against the fourth-seeded Jayhawks, an injury riddled group that came into the NCAA Tournament without a conference title for the first time in 15 seasons.

Auburn alum Charles Barkley went nuts while watching in the TV studio, as the Tigers (28-9) rolled two days after barely hanging on for a one-point win over New Mexico State.

Jared Harper had 18 for the Tigers, who will play either North Carolina or Washington on Friday in the Midwest Region semifinals.