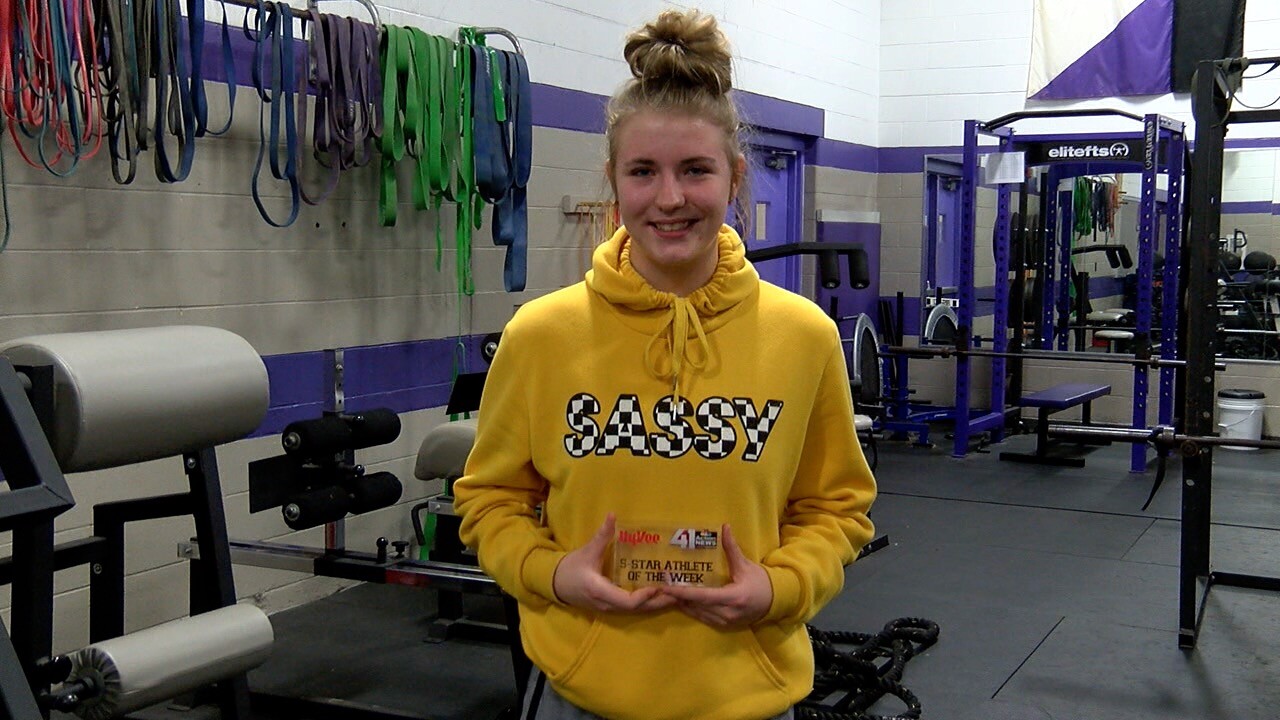 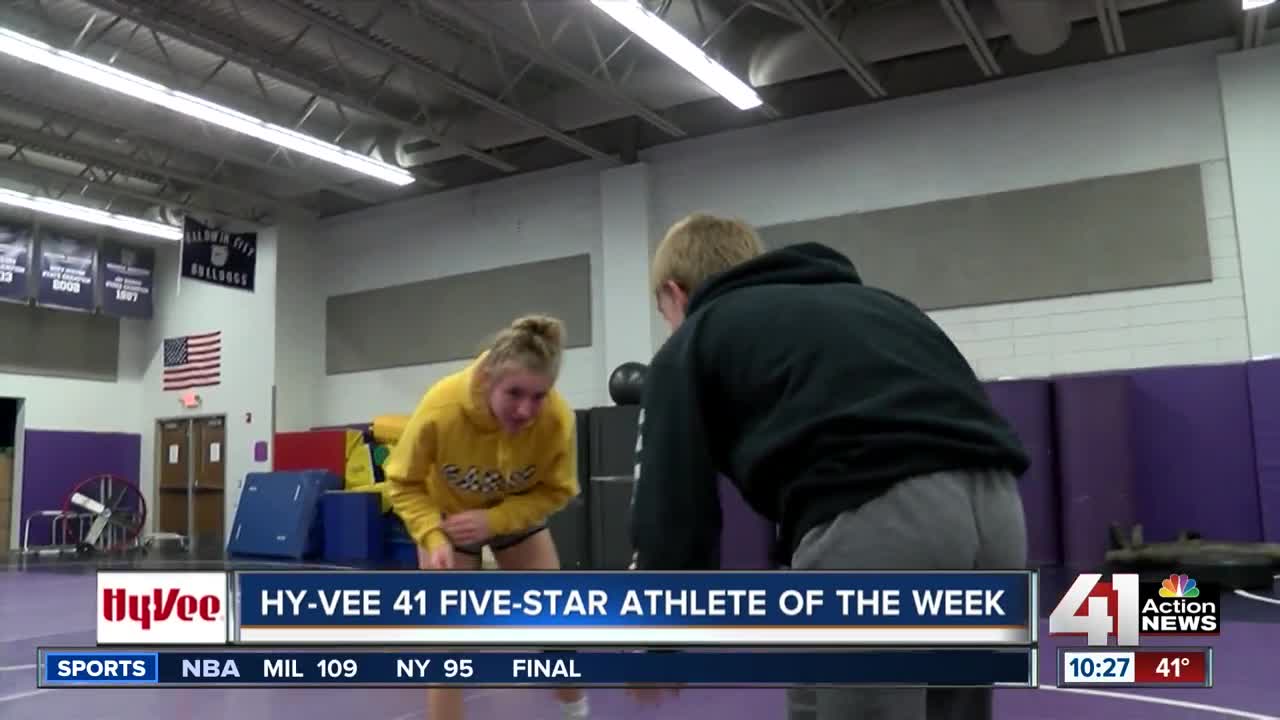 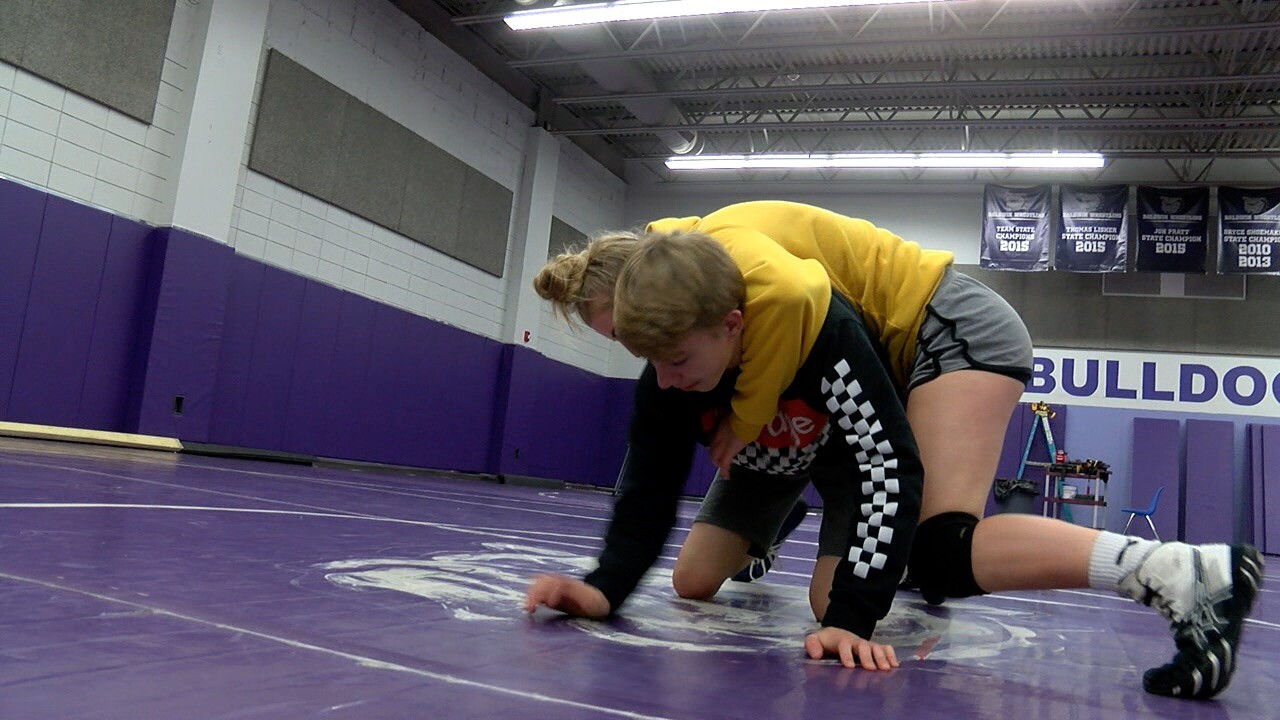 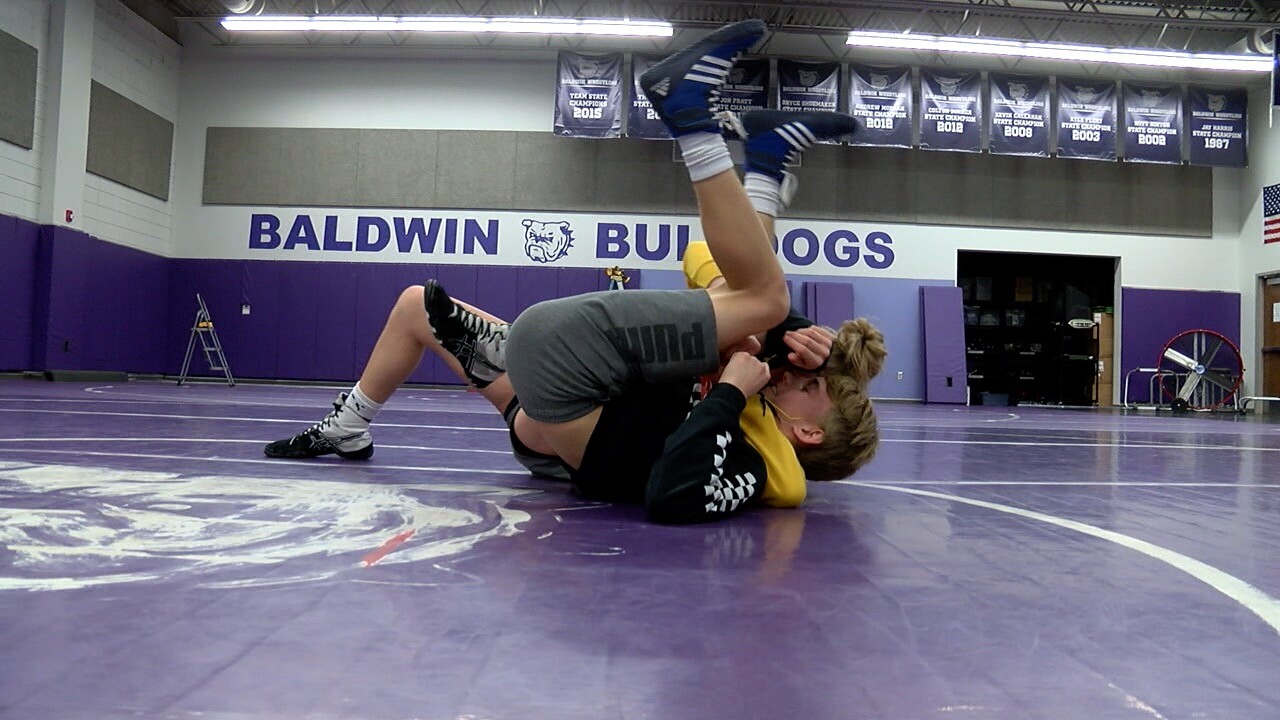 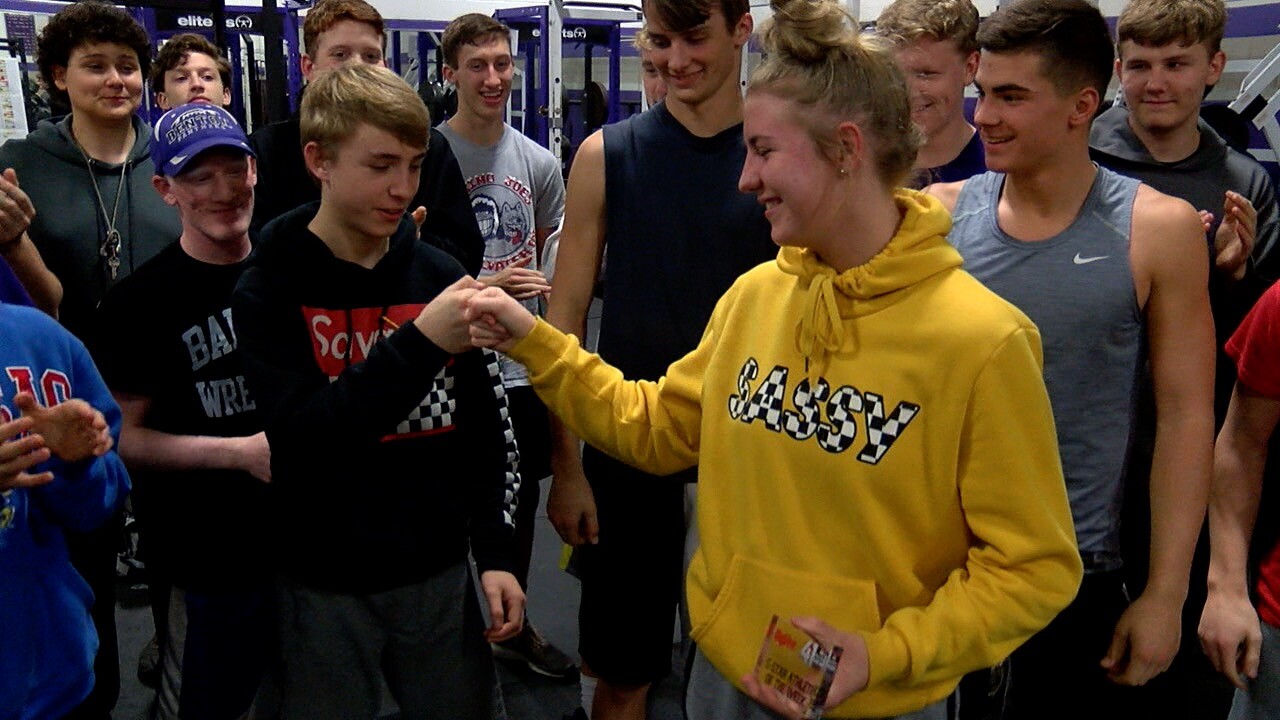 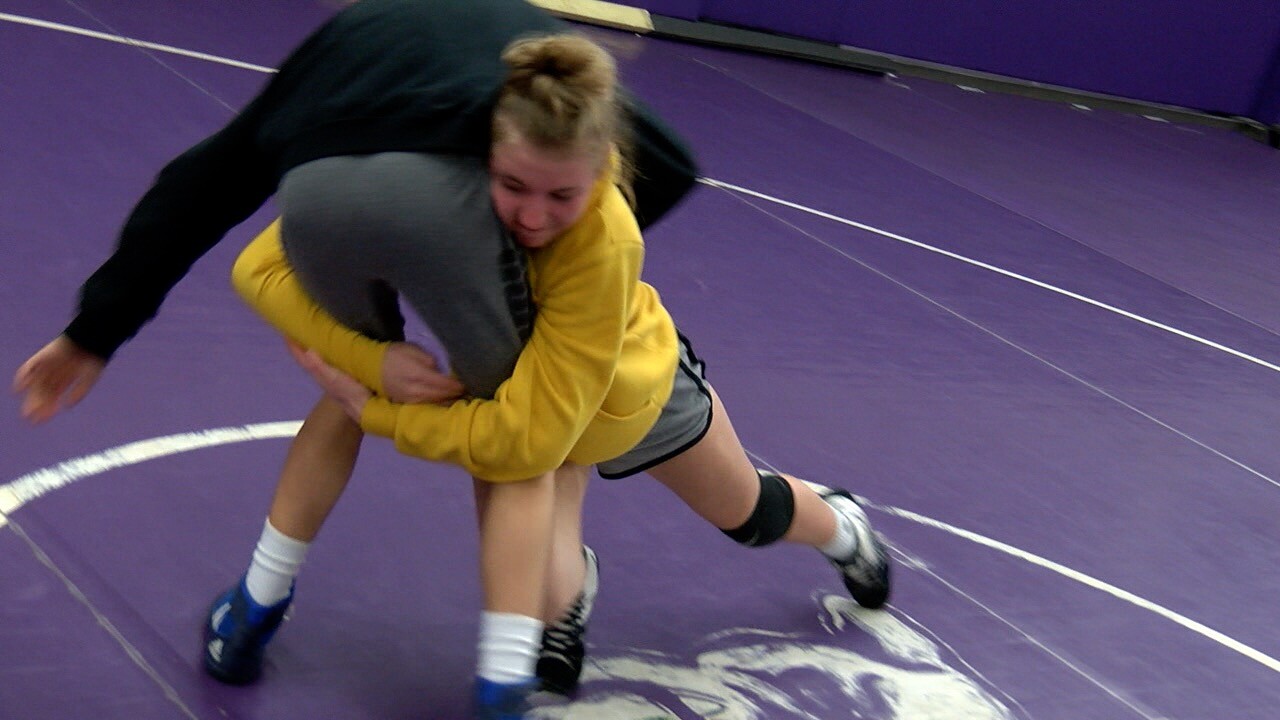 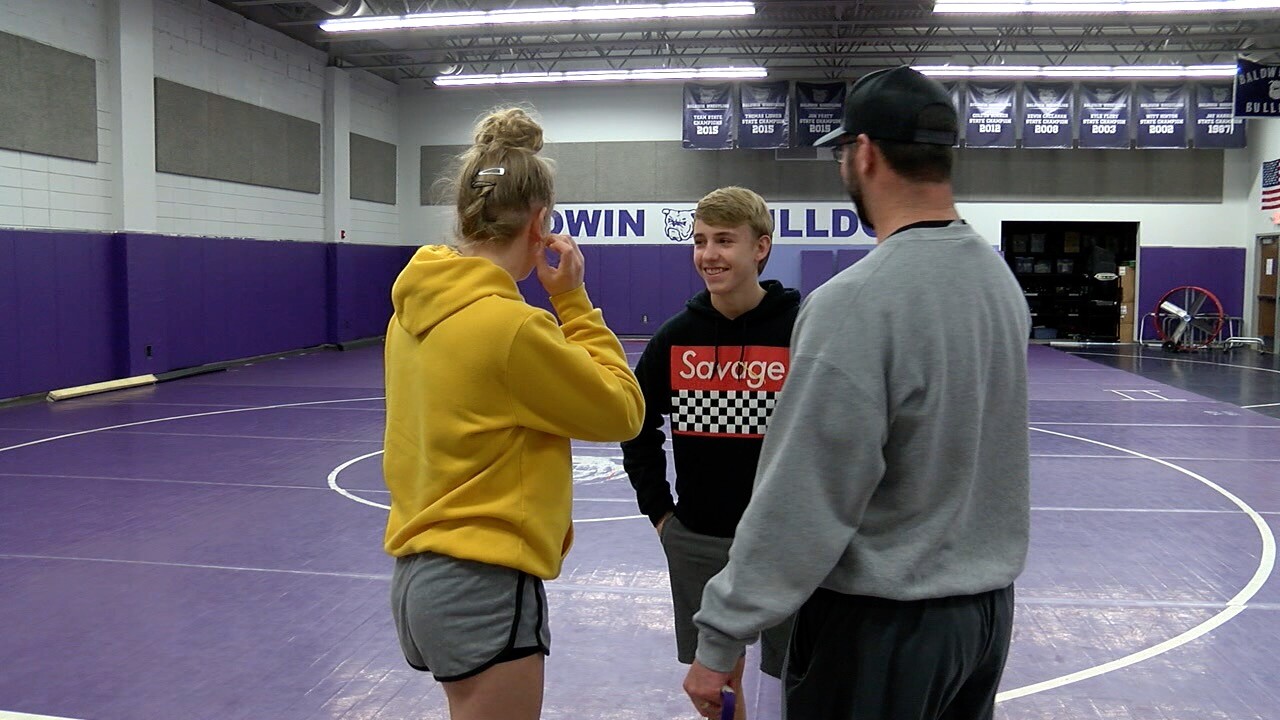 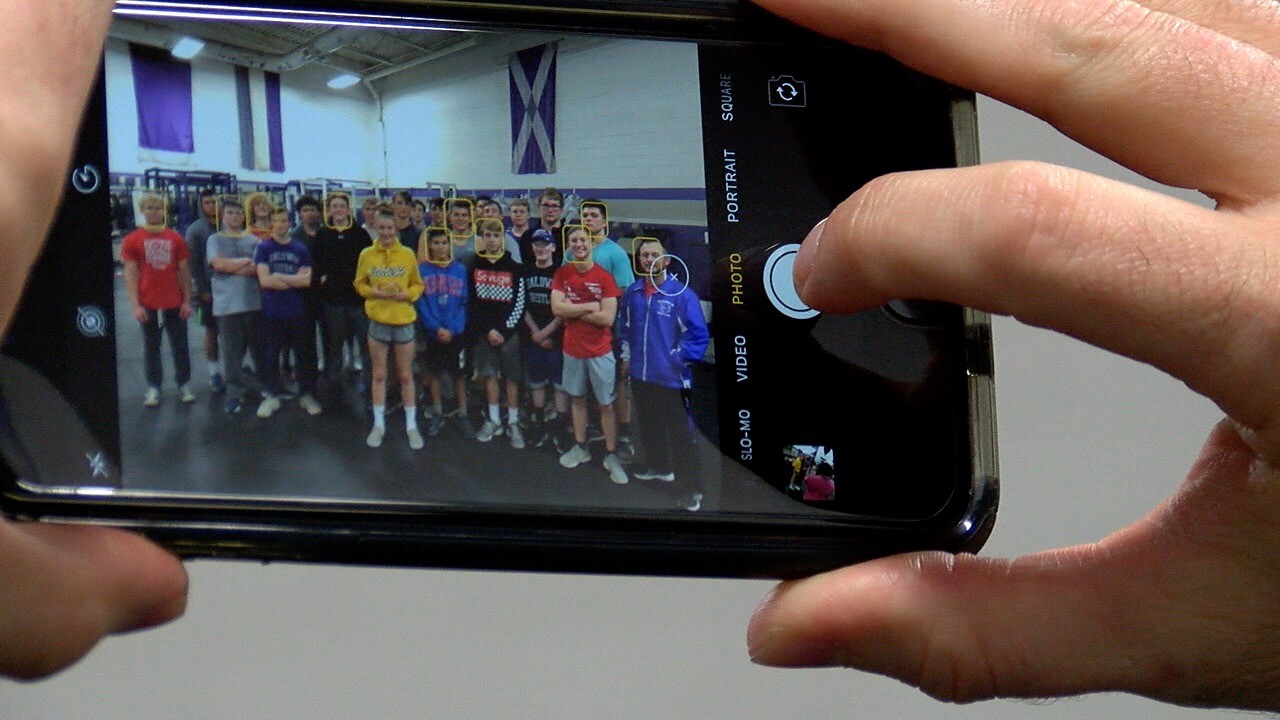 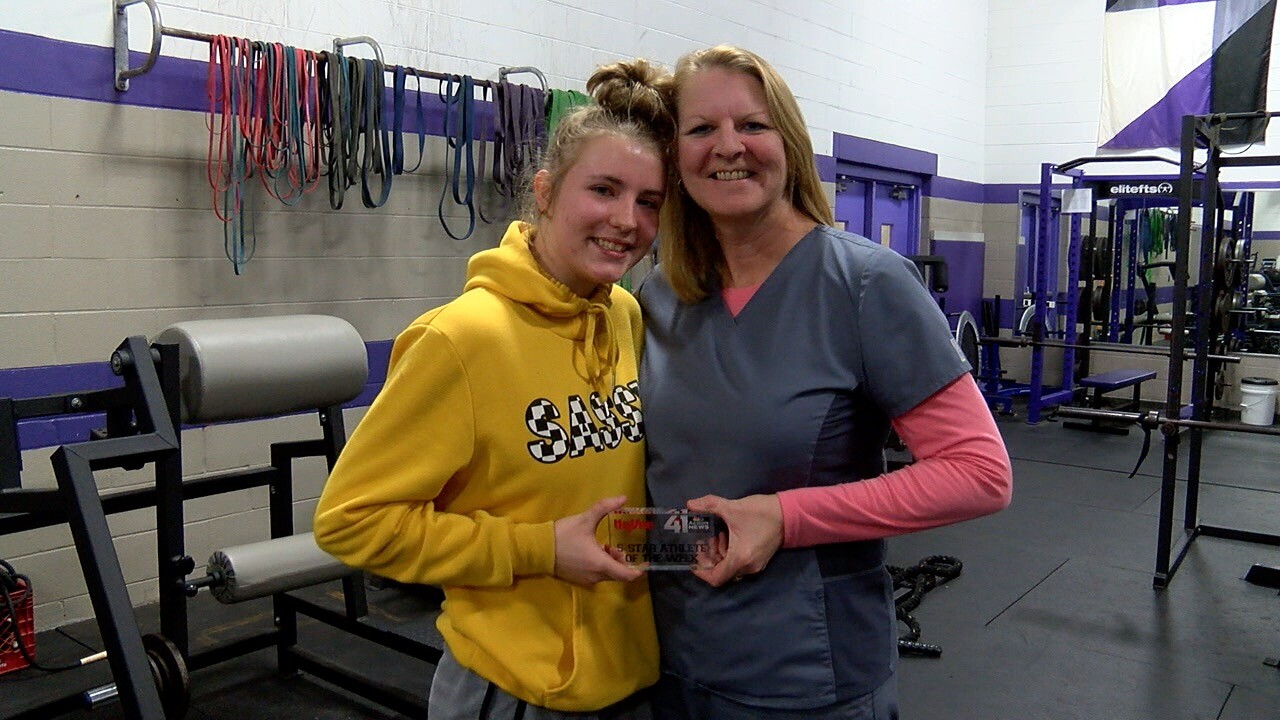 BALDWIN CITY, Kan. — Wrestling has long been a male-dominated sport.

Slowly but surely, that's all changing.

Young ladies like Baldwin freshman wrestler Lauren Green are beginning to change the narrative when it comes to this sport.

Lauren is the only female on her wrestling team, and, she's perfectly fine with that. However, all of her matches this year have been against schools that have female wrestlers. Lauren recently won her last three matches before school ended for the Christmas holiday.

She won a Dec. 14 match against her opponent from Central Heights, and she won two Dec. 10 matches against opponents from Mill Valley. Those victories brought her overall record to 4-2 this season. Her efforts certainly earned her this week's Hy-Vee 41 Five-Star Athlete of the Week honors. That was something that she said she was surprised to learn.

"Actually, [it's] very crazy. I did not expect it. I mean, I've only been in the sport for a few weeks. And, I did not expect this at all, but I'm excited," the 135-pound freshman wrestler said.

While she is a member of the Baldwin boys wrestling team, she primarily competes against other girls.

While the state of Kansas is currently behind their neighbor in that regard, Baldwin wrestling head coach Kit Harris says it's coming soon.

"It's really starting to grow. Every meet we go to, there's just more and more girls on the team rosters," Harris said. "Lauren's the first one that stuck with it. And now, [she's] actually started competing. She's doing well. I wasn't surprised. The Greens' are a wrestling family. Their family has been a Baldwin wrestling family forever. She's been around our program and the sport forever.

"Her brothers wrestled. Her older brother is a two-time state player. He now wrestles for the local university here at Baker. And, her twin brother is on the team. So, she's always kind of talked about doing wrestling. She's been to our practices," Harris said.

While Lauren is the only female on the team, the other guys have completely accepted her and made her feel like a true member of the family.

"It actually makes me feel like I'm top-notch. Like, I'm with all the guys and I'm lifting weights with them. I get to call myself a wrestler rather than like a wrestler's sister. I actually get to be in the sport, be with all the guys," Green said.

Her twin brother Lane Green wrestles alongside his sister for Baldwin. It's not easy to see the joy he has at being able to compete with his sister on a daily basis in the sport they both love.

"We're an athletic family. When we're at home just hanging out, it's just, we can wrestle around and just get better. And, I feel like I've really gotten better from when I was a little kid. cause my brother just always wrestled around with me. And, I feel like that's like real practice," Lane said.