Astros break out the bats, take series from Kansas City in 11-3 win 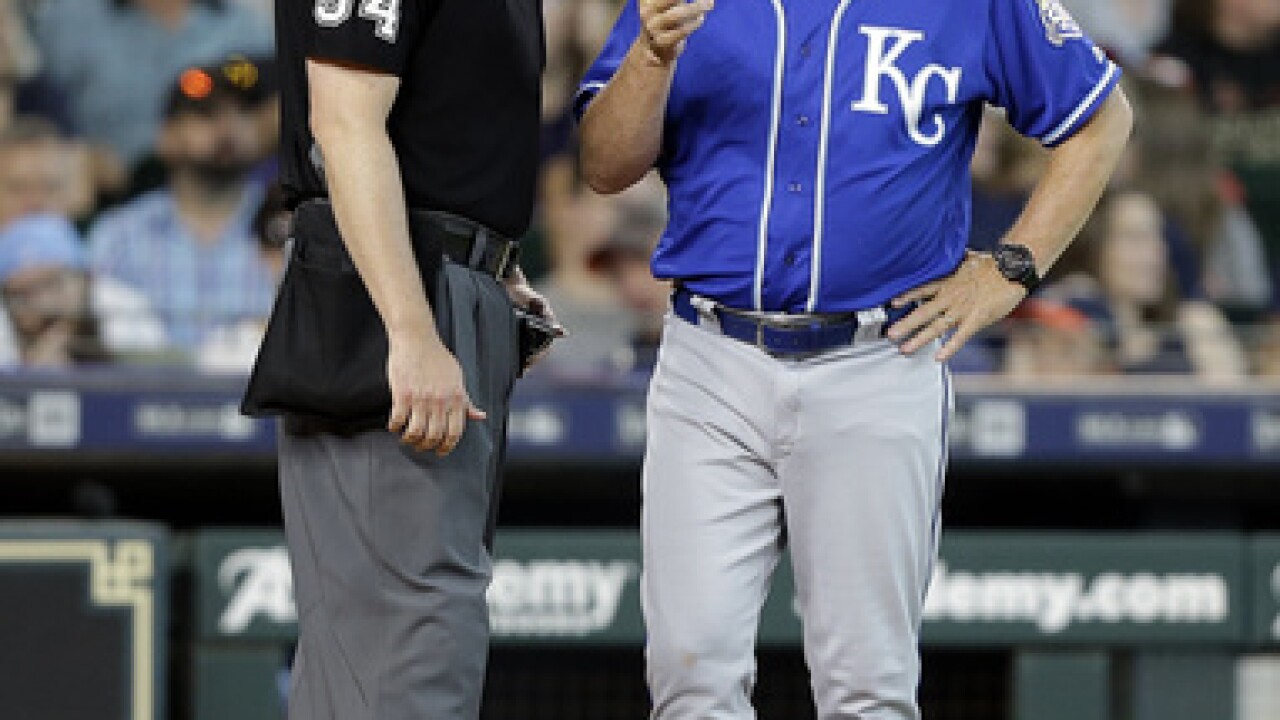 Astros manager A.J. Hinch is quite comfortable when Yuli Gurriel is at the plate with runners are in scoring position.

"He just has a knack for really putting the barrel on the ball and doing incredibly positive things," Hinch said. "His balance, his bat-to-ball skills, his bat path: Everything lines up when he can execute his game plan and he doesn't miss pitches.

"He can hit anything anywhere and he usually hits it hard. And that was a big knockout blow for them early in the game."

Gurriel finished with three hits as the AL West-leading Astros won for the 15th time in 17 games. Jose Altuve drove in two runs and scored twice, and Evan Gattis connected for a pinch-hit homer.

Cole (9-1) struck out eight while pitching five innings of one-run ball. The right-hander has struck out at least eight in 12 of his 16 starts.

"You know ideally I'd like to get a little more length there, especially after the bullpen had to work last night," Cole said. "Some of that is out of my control a little bit. So, just kind of get back to the grind and get to the next one."

Houston loaded the bases with one out in the second, and Tony Kemp brought home the first run when he reached on catcher's interference on Drew Butera. George Springer then lined out, but Alex Bregman walked, Altuve hit a two-run single and Carlos Correa walked before Gurriel connected against Jason Hammel (2-9) for his second career grand slam.

"Put guys on base for free and make mistakes and that's what happens," Hammel said.

"My concentration level definitely is focused when there are runners on base and guys that we want to get to score," Gurriel said through a translator.

Kansas City dropped to 3-18 in June. Hammel was tagged for nine runs, matching his season high, and walked five in four innings.

Lucas Duda hit his fifth homer for the Royals, and Rosell Herrera singled in a run.

"They have a really good pitching staff over there," Royals manager Ned Yost said. "It's hard to fall behind that group and battle back because they are so good."

Bregman had been working on a mustache the last few days, but it disappeared during the game. A split-screen picture of Bregman during his at-bat in the second inning and next plate appearance in the fourth showed he had shaved at some point between the two at-bats.

"I don't pay attention to Alex's shaving habits during the middle of the game," Cole said. "I did like the mustache. I thought it played Jeff Kent-esque. It was on top of his lip when he stabbed that soft liner in the first inning, which got us out of the jam. So, personally I'm a fan of the `stache. I guess it's been sent down. It's been DFA'd and we'll wait until it comes back."

Astros: RHP Joe Smith (elbow discomfort) threw his first bullpen session since going on the disabled list. Smith threw about 30 pitches. He said he felt good and will know more of where he is at depending on how he feels on Monday.

Royals: RHP Brad Keller (1-2, 2.63 ERA) faces the Angels on Monday in a make-up game. Last time out, Keller got a no-decision against Houston in a 7-4 loss on June 17. Keller allowed three runs in six innings against the Astros.