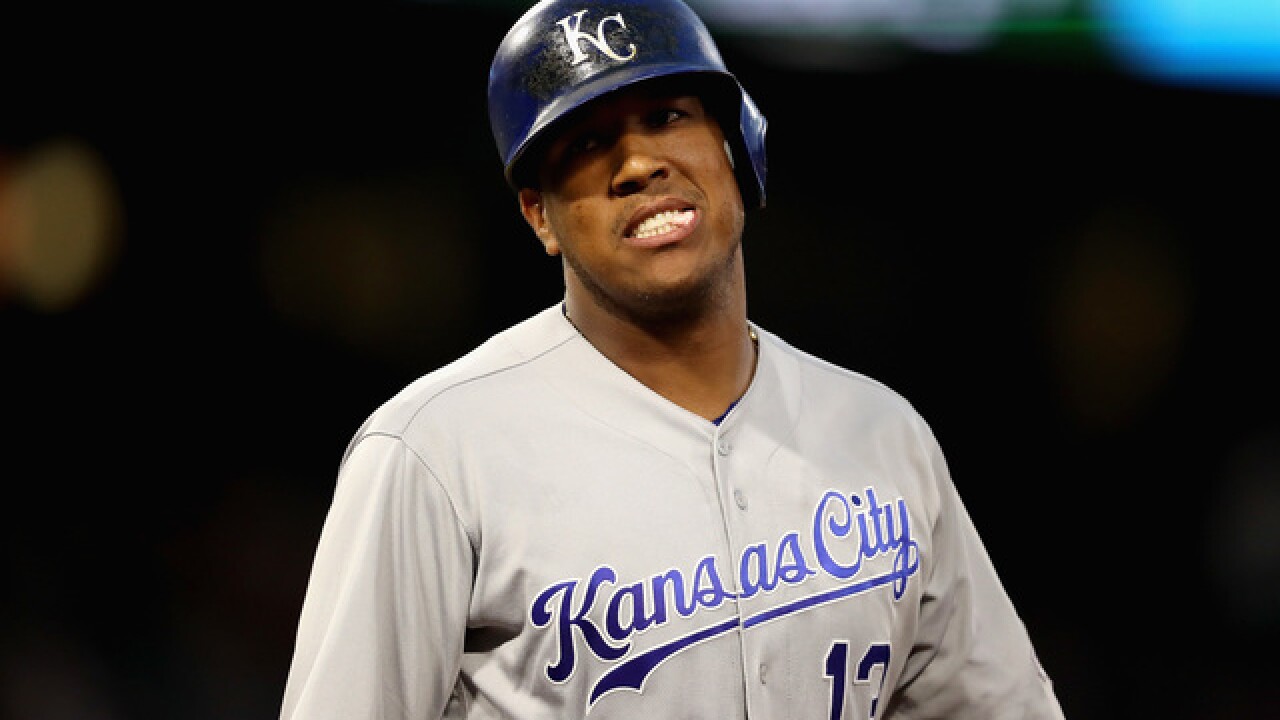 Copyright 2018 Scripps Media, Inc. All rights reserved. This material may not be published, broadcast, rewritten, or redistributed.
Sean M. Haffey
<p>ANAHEIM, CA - JUNE 05: Salvador Perez #13 of the Kansas City Royals reacts to popping out during the fourth inning of a game against the Los Angeles Angels of Anaheim at Angel Stadium on June 5, 2018 in Anaheim, California. (Photo by Sean M. Haffey/Getty Images)</p>

Perez, 28, becomes the second player in franchise history to be named an All-Star as many as six times (2013-18), joining George Brett, who was a 13-time All-Star (1976-88). He is one of five players to be named to each All-Star Game since 2013, joining Paul Goldschmidt (Arizona), Chris Sale (Chicago White Sox, Boston),Max Scherzer (Detroit, Washington) and Mike Trout (LA Angels).

Salvy has 11 home runs and 34 RBI this season, while batting .213.  Since coming off the disabled list on April 24, his home runs and extra-base hits (21) are most among American League catchers (min. 10 games caught) and his 34 RBI rank second to Tampa Bay’s Wilson Ramos (42). He’s thrown out 11 of 27 would-be base stealers, which is tied for fourth in the Major Leagues, while he’s also tied for the American League lead in pickoffs (2), just two behind Major League leaderWillson Contreras (4).