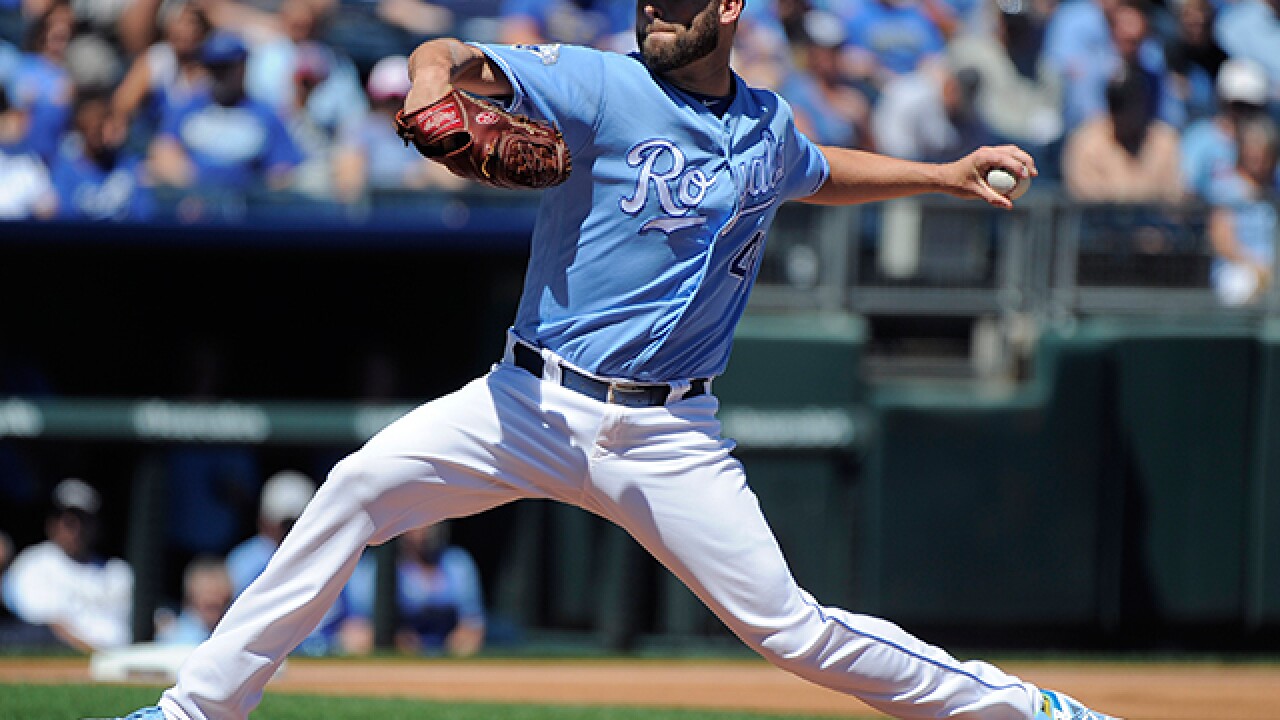 SURPRISE, Ariz. (AP) — Danny Duffy is still scheduled to start on opening day for the Kansas City Royals — at this moment, anyway.

A day after he exited his final spring training game because of a stiff left shoulder, Duffy said he was ready to pitch Thursday at home against the Chicago White Sox.

"As of now, I feel good," Duffy said Sunday. "I don't really have too many comments. I feel good to go."

Duffy left in the third inning after throwing 32 pitches against an Arizona split squad. His first pitch bounced in front of the plate and his fastball velocity was 82 to 85 mph, about 10 miles less than his normal working velocity.

"I'm feeling just fine this morning," Duffy said. "I knew what it was. It's just something we didn't want to push through. Initially, I tried to get my pitch count up. It just wasn't going to happen (Saturday). I wasn't going to go out there and throw with what I had. I knew coming into today that I'd be tested a little bit. We got the test done and everything was negative."

Duffy threw long toss of up to 100 feet and some changeups in a light session Sunday. He will throw a bullpen Monday in Omaha as a final test to get clearance for his second straight opening day start.

The 29-year-old had offseason elbow surgery after two stints on the disabled list last year with a strained right oblique and left elbow impingement.

The Royals have roster decisions to make on their bullpen, which manager Ned Yost said they would "have to take it right up to the end."

"Make sure Danny is OK, which I have a fairly high degree of confidence he is fine," Yost said. "It happened like two weeks ago (his shoulder tightened) and the next day he felt great. Fifteen minutes after he got in the clubhouse yesterday, he tested out perfectly. So I don't think it's going to be an issue. I think Danny is going to be fine."

NOTES: Cubs RHP Kyle Hendricks allowed one hit over four scoreless innings in his final Cactus League tuneup in a 5-3 victory over the Royals. He finished the spring with a 2.37 ERA with 23 strikeouts and two walks, while allowing 13 hits in 19 innings. . Royals Rule 5 pick RHP Burch Smith struck out five and walked one in two scoreless innings in his final audition to earn a bullpen spot. . Kansas City is scheduled to play at its Triple-A Omaha club Monday night, but the weather forecast looks daunting with a 90 percent chance of rain. The Royals opted to leave RHP Jason Hammel in Arizona to pitch in a minor league game instead of facing the possibility of being rained out and not pitching. Wily Peralta also remained in Arizona to throw in relief. . The Cubs will play the Boston Red Sox on Monday and Tuesday in Fort Myers, Florida.