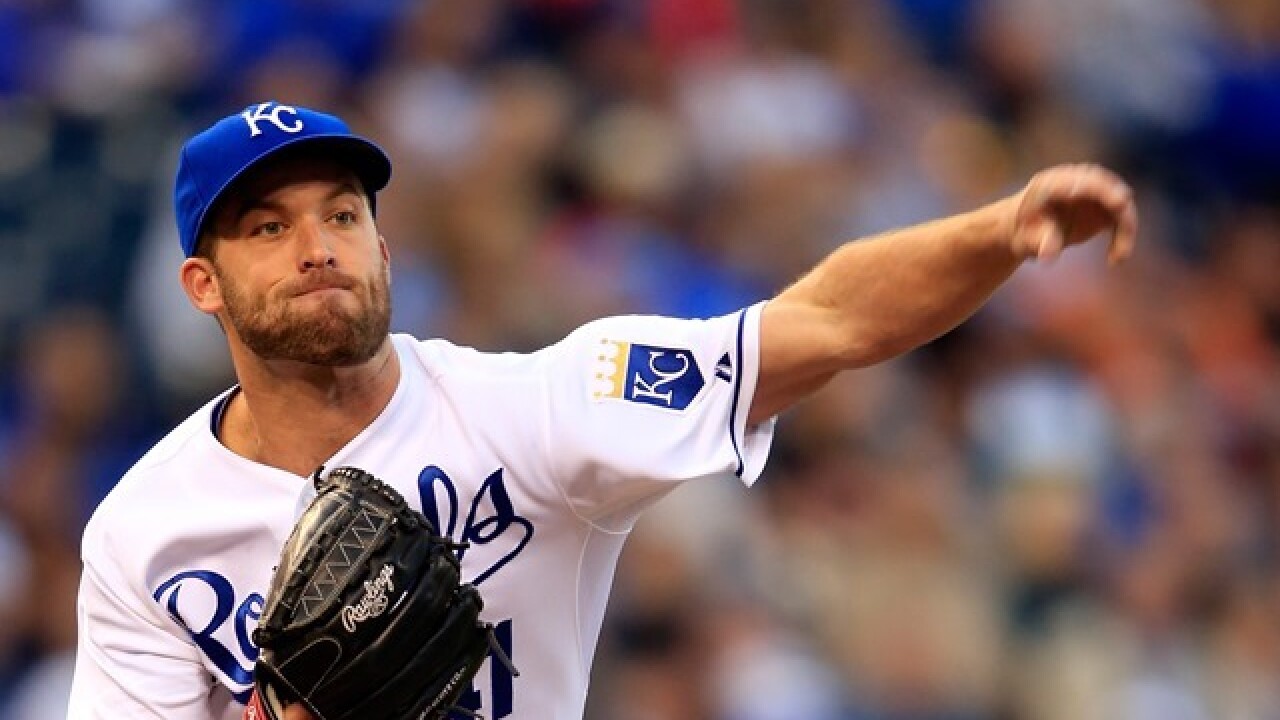 Copyright 2017 Scripps Media, Inc. All rights reserved. This material may not be published, broadcast, rewritten, or redistributed.
<p>Starting pitcher Danny Duffy #41 of the Kansas City Royals pitches during the game against the Baltimore Orioles at Kauffman Stadium on May 17, 2014 in Kansas City, Missouri. (Photo by Jamie Squire/Getty Images)</p>

Kansas City Royals pitcher Danny Duffy made an early exit in his final spring tuneup Saturday because of shoulder tightness but said he's certain he will be OK to pitch on Opening Day.

Duffy is scheduled to start the opener for the second straight year, facing the Chicago White Sox at home on Thursday.

The lefty came out of the game against an Arizona split squad with a trainer in the third inning. He threw 32 pitches and allowed a run on two hits with two walks and a strikeout.

Duffy said the discomfort quickly went away after he was finished.

"I think the baseball gods know I can't stand spring training, and they just wanted to give me a little bit more miserable time throwing here," he said.

Duffy stayed in after speaking with Royals manager Ned Yost and the trainer twice earlier in the game. He believes he will be fine.

"I don't think that. I know that," he said. "I don't think there will be any convincing necessary. They asked me if I wanted to come out after the first, and this is something that you've got to power through sometimes. It was kind of weigh the options: Power through this, get your pitch count up, or come out and not know."

Duffy said the pain felt like someone punching him in the shoulder, and he had felt it earlier in the spring. But it went away while he was undergoing tests.

"Better to not gamble," he said. "Just a little bit achy afterwards in one particular spot. The pain's gone. I have a lot of confidence that I'm just fine."

Yost said he wouldn't even call Duffy's situation an injury.

"We'll see how he feels [Sunday]," Yost said. "It didn't make any sense to try to push through it."