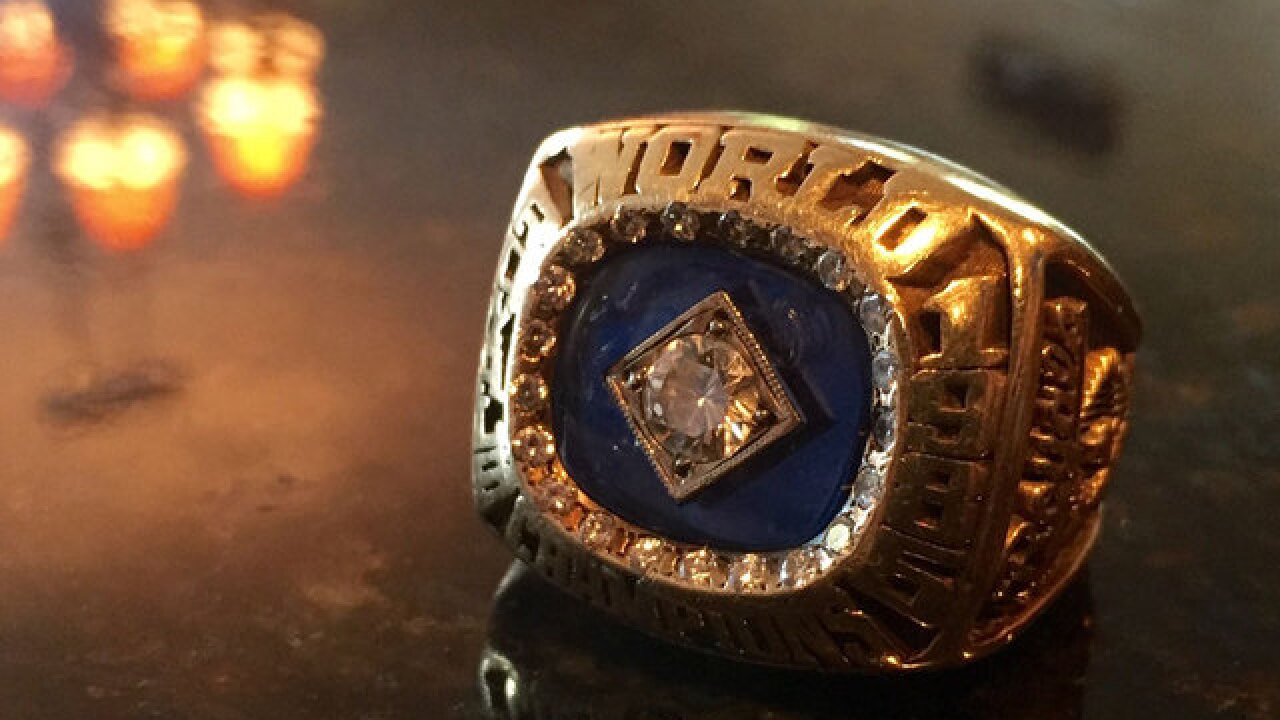 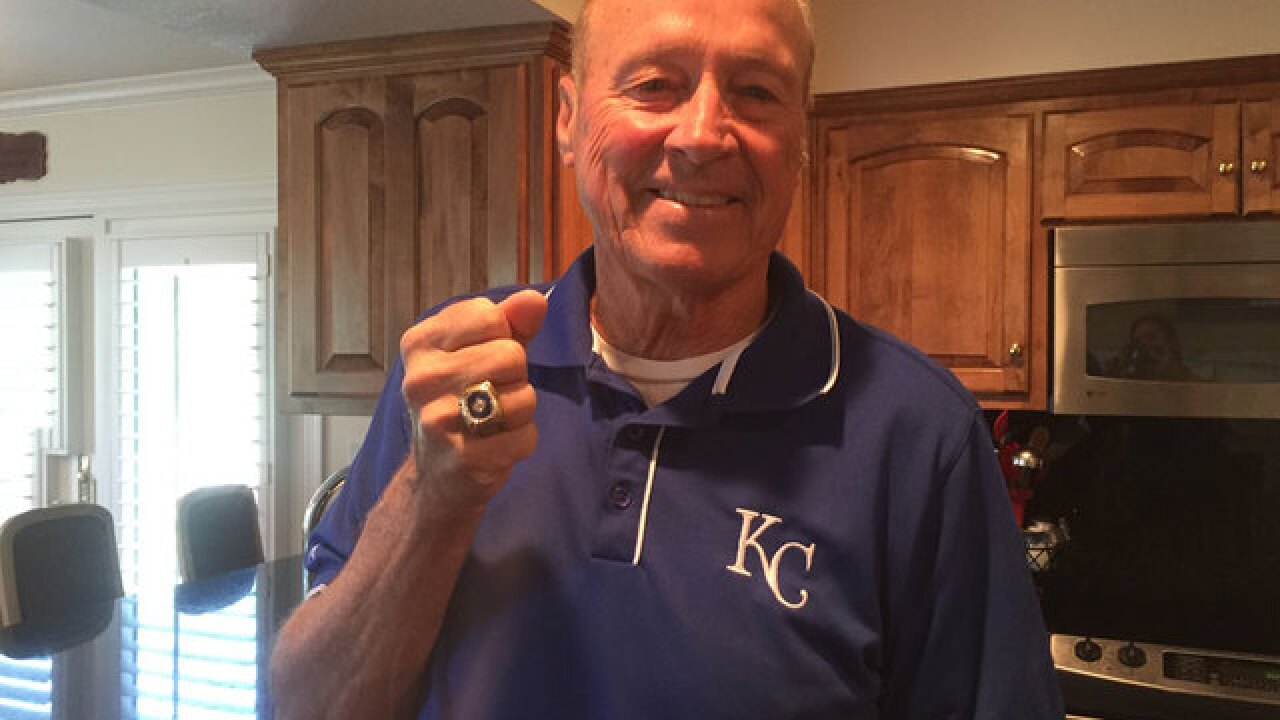 “It’s a little worn, but boy I tell you what, you talk about something beautiful. It’s quite a craftsmanship,” Jerry Terrell said, looking at the giant ring on his finger.

“I wore the ring all the time,” he said.

He wore the ring every day until a trip to the park with the grandkids last fall.

“We started a leaf fight, and we were just throwing leaves in every direction,” he recalled.

Somehow, despite it fitting snug, the ring came off his finger. He didn’t notice until the next day when he and his wife, Kathy, were leaving for the airport the next morning.

“I said, ‘I can’t find my ring!’” Jerry Terrell said the feeling was devastating. “We looked everywhere.”

He even went back to the park where they’d just been, but didn’t see anything.

“I finally after a few months realized that it was going to be gone forever,” he said.

But Jerry Terrell’s son, Jim, had an idea. He found clues in a video they recorded of that leaf fight.

“There was one frame where I was throwing leaves and you could see the ring on my hand, and the very next frame, there was no ring,” Jerry Terrell said.

Jim Terrell bought a metal detector and went back to the same spot and scanned the area.

Under several inches of dirt, he found the ring.

As most dads are, Jerry Terrell was clueless as his family planned to surprise him for his 70th birthday just a couple weeks ago. In the video, you can see Jim Terrell giving Jerry Terrell a box.

“And I’m thinking, ‘Oh, that’s nice, thank you,’” Jerry Terrell said, not expecting what was inside.

He opened it, and saw his name “Terrell” etched on the side.

“They all started giggling and laughing and cheering, and we were speechless.”

He says he learned an important lesson: Material things can’t compare to family.

“To see the love that the rest of the family had, seeing how happy I was to be able to have it, it was just a very, very special day,” Jerry Terrell said. “That’s what life is all about.”

He says he’s never going to forget this birthday.

As if finding the ring wasn’t crazy enough, Jim Terrell found something else with the metal detector. His mom’s silver bracelet fell off the same day, and was in the same spot nine months later, just feet from where the ring was found.

Sarah Plake can be reached at  Sarah.Plake@KSHB.com