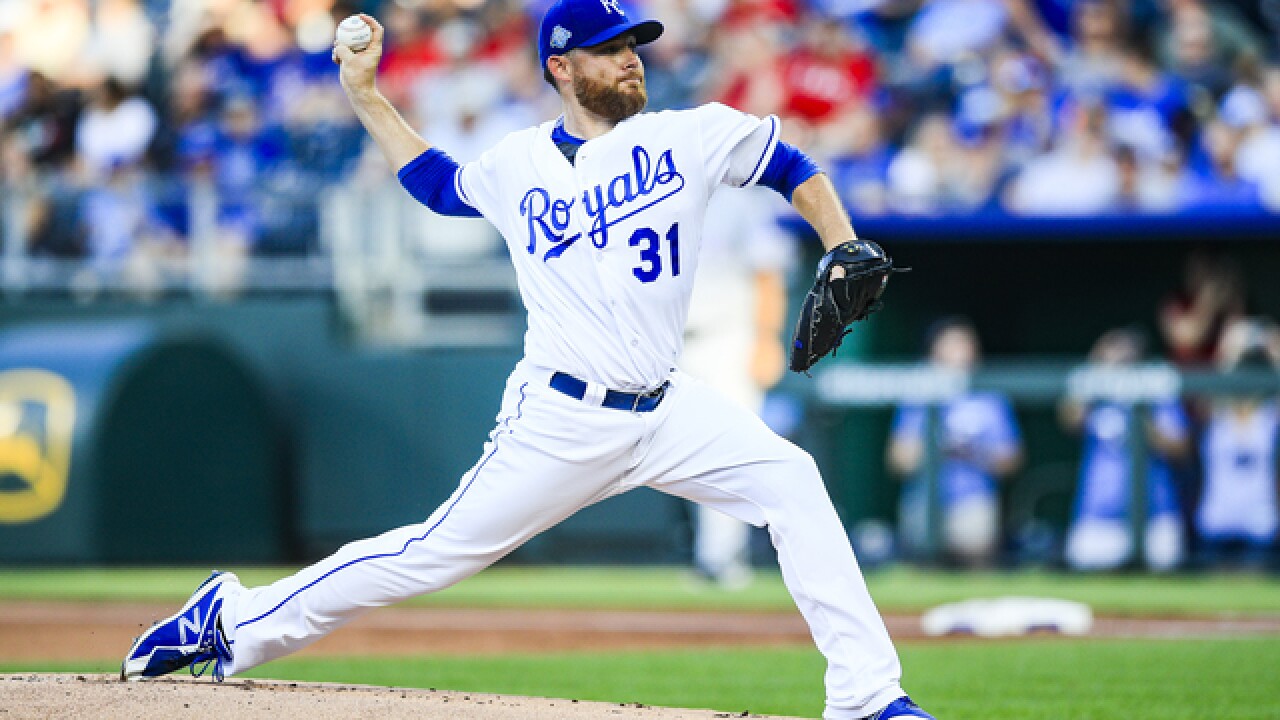 Copyright 2018 Scripps Media, Inc. All rights reserved. This material may not be published, broadcast, rewritten, or redistributed.
Brian Davidson
<p>KANSAS CITY, MO - JUNE 18: Ian Kennedy #31 of the Kansas City Royals pitches during the first inning against the Texas Rangers at Kauffman Stadium on June 18, 2018 in Kansas City, Missouri. (Photo by Brian Davidson/Getty Images)</p>

Bartolo Colon earned his 244th win, passing Hall of Famer Juan Marichal for the most by a pitcher born in the Dominican Republic, and the Texas Rangers beat the skidding Kansas City Royals 6-3 on Monday night.

Adrian Beltre hit a three-run homer for the Rangers, who won their third straight game. The 45-year-old Colon (4-4) allowed three runs and nine hits in six innings to break a tie with Marichal on the career wins chart.

Only right-hander Dennis Martinez has more victories among pitchers from Latin America. Martinez, a native of Nicaragua, won 245 games in the majors.

The Royals have lost seven straight and 13 of 14. They've dropped 27 of 37 games at Kauffman Stadium, the worst home record in the majors. Kansas City is 2-14 in June, having been outscored 95-35.

Colon was 1-3 with a 9.51 ERA in his five previous starts. Kansas City loaded the bases with one out in the fifth, but the portly and popular right-hander affectionately nicknamed Big Sexy got out of the inning when Hunter Dozier grounded into a double play.

Keona Kela tossed a spotless ninth for his 16th save in 16 chances.

Beltre homered in the third off Ian Kennedy, with Elvis Andrus and Nomar Mazara aboard, to give the Rangers a 5-0 advantage. Mazara had three hits.

The right-hander gave up a home run to Shin-Soo Choo on his fourth pitch, a drive that just cleared the Royals' right-field bullpen fence. Choo reached base five times, including a double and three walks.

Adalberto Mondesi had a run-producing double in the Kansas City third and scored on Mike Moustakas' sacrifice fly.

Rosel Herrera had a run-scoring triple in the fourth for his first extra-base hit and RBI, trimming the lead to 5-3.

Royals SS Alcides Escobar is in a 3-for-45 drought in his past 12 games.

Rangers: Andrus was activated after missing 59 games with a broken right elbow. RHP Ricardo Rodriguez was recalled from Triple-A Round Rock, where he had allowed one unearned run in 13 1/3 innings. C Jose Trevino was optioned to Double-A Frisco after hitting a game-ending, two-run single in the ninth on Sunday. RHP Deck McGuire was designated for assignment.

Royals: Whit Merrifield was in the lineup as the designated hitter after leaving in the second inning Sunday with a bruised left knee after fouling a pitch off his leg.