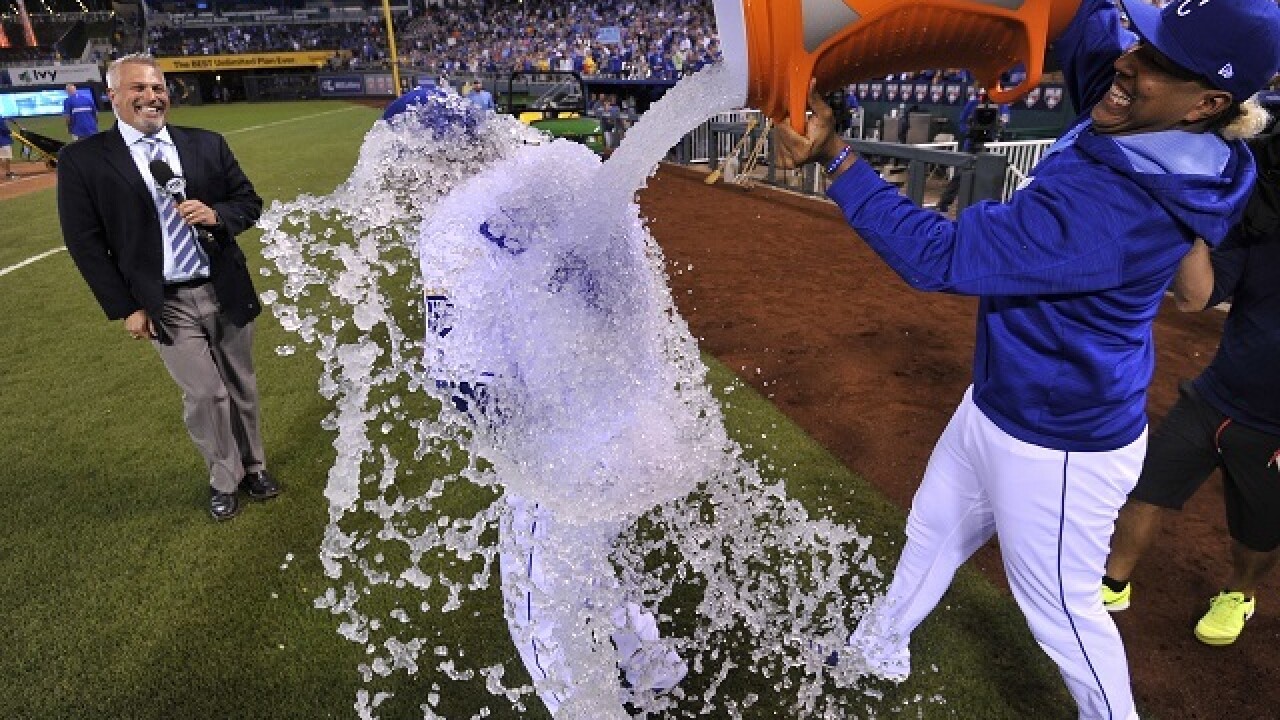 Copyright 2018 Scripps Media, Inc. All rights reserved. This material may not be published, broadcast, rewritten, or redistributed.
Ed Zurga
<p>KANSAS CITY, MO - SEPTEMBER 30: Salvador Perez #13 of the Kansas City Royals douses Jorge Bonifacio #38 with water after a 4-3 win against the Arizona Diamondbacks at Kauffman Stadium on September 30, 2017 in Kansas City, Missouri. (Photo by Ed Zurga/Getty Images)</p>

KANSAS CITY, Mo. – We’re now less than a week away from the Royals season opener – six days away in fact.

Today, we asked six people in the 41 Action Newsroom their biggest questions heading into the season:

Ryan Marshall, Sports Reporter – Marshall is looking forward seeing Mike Moustakas back on the field. “It’ll be nice to see some semblance of normalcy.”

Christa Dubill, Anchor – Dubill has the same question that many other Royals fans have on their minds: Will the Salvy Splash still be a thing? She’s also looking forward to learning

Jodi Stamback, Producer – Stamback is hoping that all the new faces mesh well together.