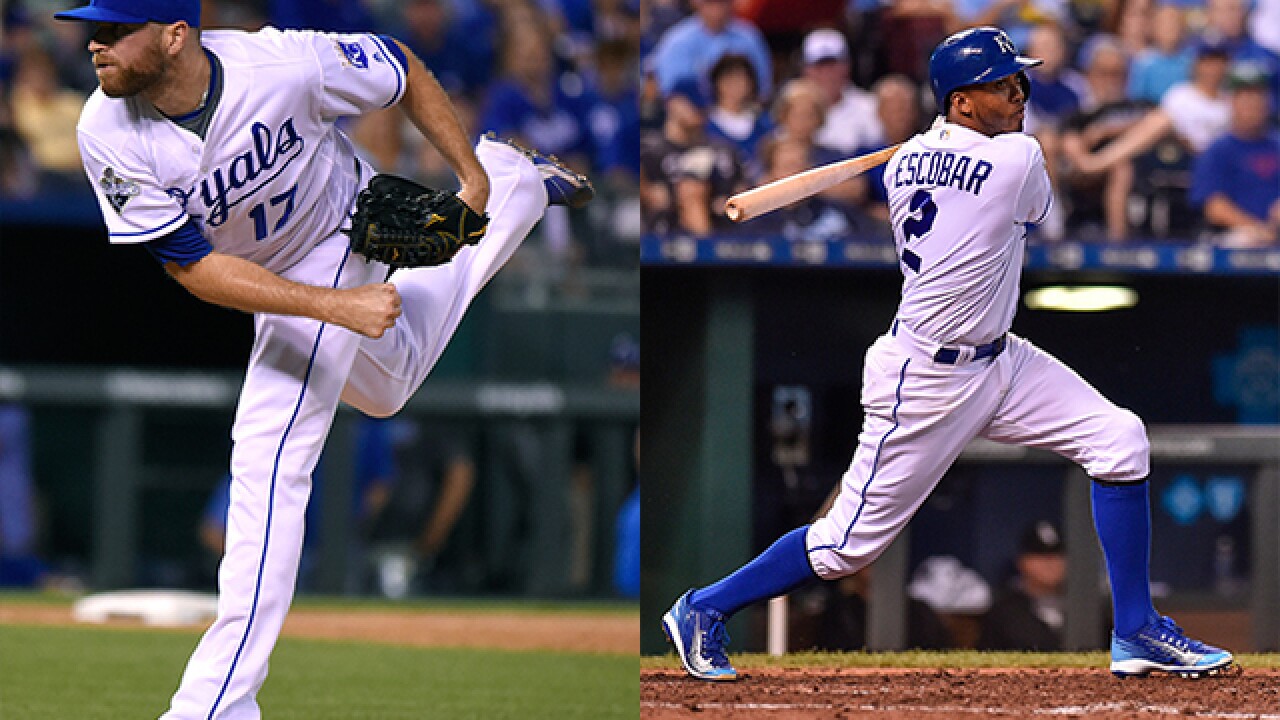 First baseman/designated hitter Kendrys Morales and right-handed pitcher Edinson Volquez declined their mutual options, according to a news release from the Royals.

The Royals said all three players are now free agents and are able to sign with any club, beginning Tuesday, Nov. 8.