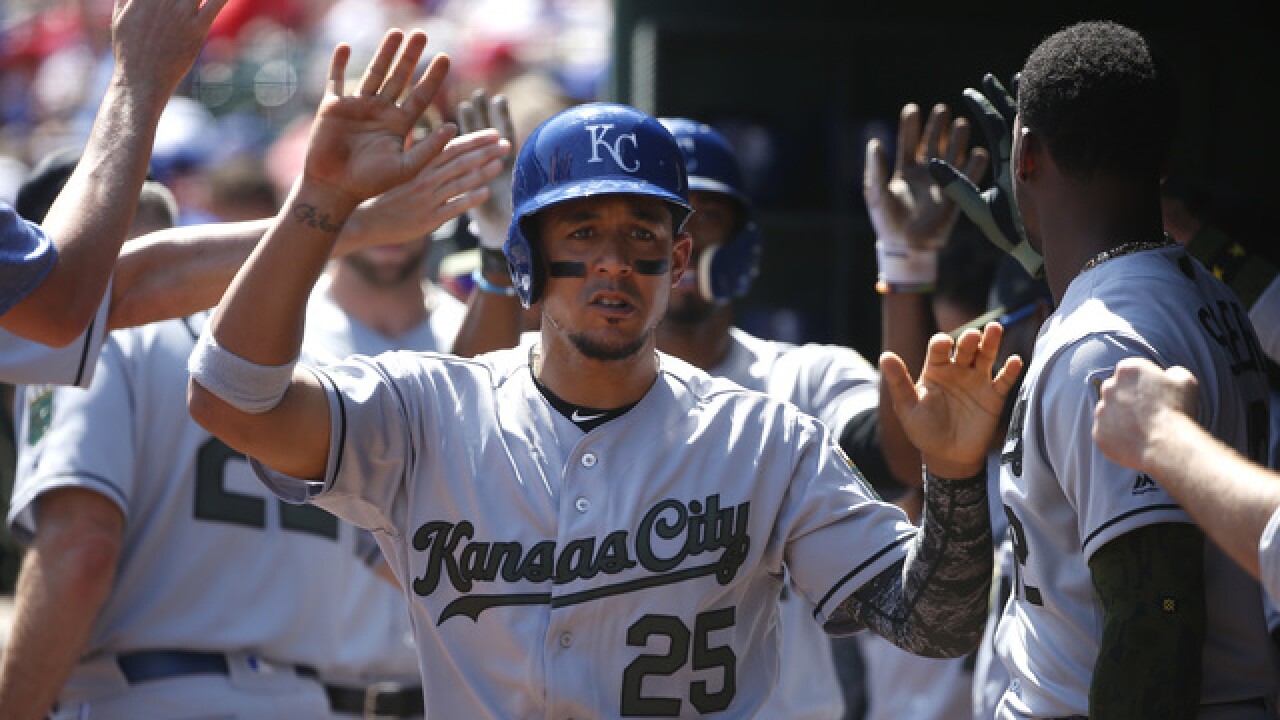 Copyright 2018 Scripps Media, Inc. All rights reserved. This material may not be published, broadcast, rewritten, or redistributed.
Ron Jenkins
<p>ARLINGTON, TX - MAY 26: Jon Jay #25 of the Kansas City Royals celebrates with teammates after scoring during the third inning at Globe Life Park in Arlington on May 26, 2018 in Arlington, Texas. (Photo by Ron Jenkins/Getty Images)</p>

In 16 games in the Diamondbacks' Summer League and Arizona League teams, 18-year-old Luciano was 4-1 with a 2.84 ERA.

Speier has made 20 relief appearances for Arizona's Double-A team this year. In those games, he's 1-1 with a 3.03 ERA.

The Royals traded Jay after he signed a one-year deal in March of this year. So far this season, he's batting .307 with 28 runs scored.