Skoglund roughed up in first start, Mariners draw even in the series 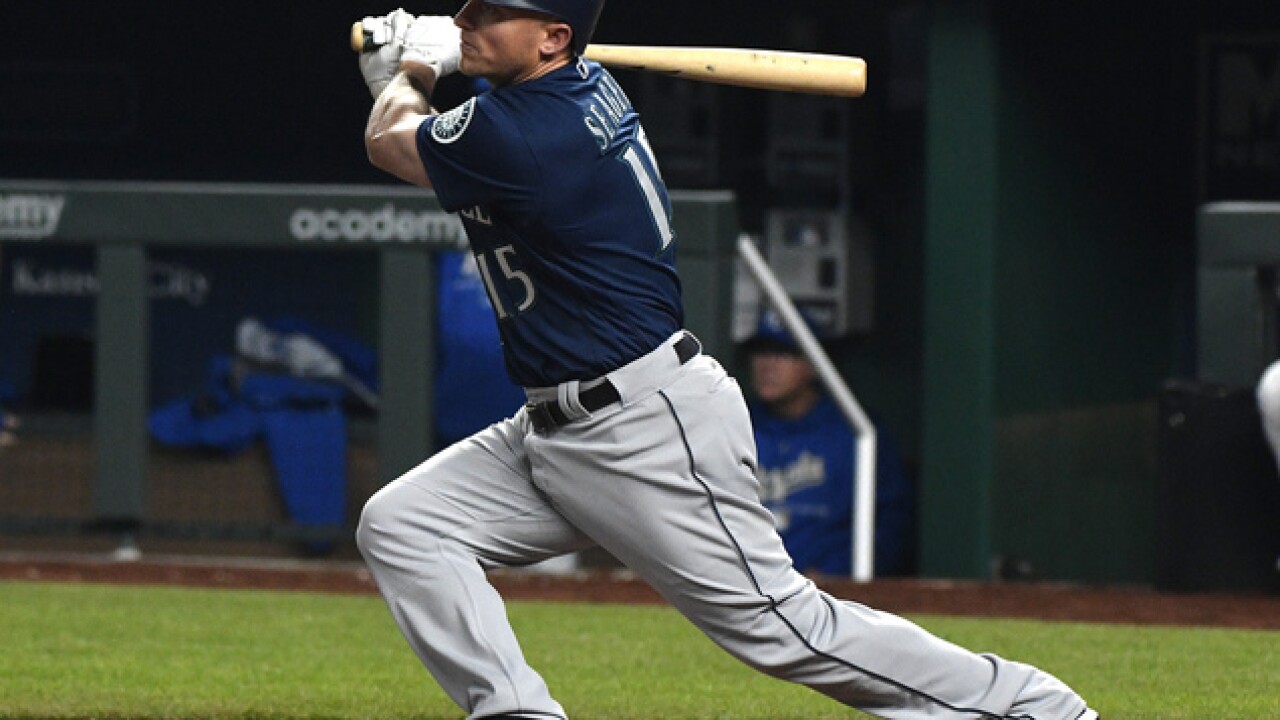 Copyright 2018 Scripps Media, Inc. All rights reserved. This material may not be published, broadcast, rewritten, or redistributed.
Ed Zurga
<p>KANSAS CITY, MO - APRIL 10: Kyle Seager #15 of the Seattle Mariners hits a two-run double in the sixth inning against the Kansas City Royals at Kauffman Stadium on April 10, 2018 in Kansas City, Missouri. (Photo by Ed Zurga/Getty Images)</p>

Felix Hernandez thought his fastball command was the key against Kansas City.

Scott Servais thought it was his ace's curveball.

The Mariners' star right-hander bounced back from a miserable start in San Francisco to pitch into the sixth inning, and Guillermo Heredia homered to lead a big offensive outburst as Seattle rebounded from a blowout loss to the Royals with an 8-3 victory that evened their series.

"He was attacking the strike zone, and we talked about getting his curveball going and he really did," Servais said. "Much more in control tonight and had good results."

Hernandez (2-1) allowed three runs, six hits and a walk in 5 2/3 innings, leaving primarily because his pitch count was driven up. His only big mistake came in the fourth, when Mike Moustakas turned on a 2-1 pitch and sent a two-run homer screaming into the right-field fountains.

But that was also just about the only offense the Royals could muster, one night after they piled up 10 runs to back a near-no-hit performance by Jakob Junis and their bullpen.

Eric Skoglund (0-1) was hardly as efficient or effective. The lanky left-hander allowed five runs, six hits and two walks in 4 2/3 innings. He was clearly rusty from a nearly monthlong layoff caused by rainouts and weather problems, hitting the first batter he faced and three in all.

As for not pitching in a game since an exhibition March 17?

"It is what it is, man. It's baseball. It's part of it," Skoglund said. "I'll just go out there and do everything I can to help the team win."

Royals pitchers have plunked six Seattle hitters through the first two games of the series.

"(Skoglund) looked like he was rusty but our guys were putting good swings on him," Servais said. "Up and down the lineup, we created a lot of traffic."

Jean Segura had three hits and drove in two runs, and Mitch Haniger and Kyle Seager also had two RBIs as the Mariners put together a pair of three-run innings to pull away.

The Royals tried to rally in the sixth, when they loaded the bases against Dan Altavilla. But the Mariners' reliever struck out Paulo Orlando to preserve their 8-3 advantage, and James Pazos and closer Edwin Diaz wrapped up the last couple frames in tidy fashion.

"There are a lot of things we can build on off of tonight," Royals manager Ned Yost said.

Diaz struck out the side in the ninth on 13 pitches. ... The Mariners' Mike Marjama had a leadoff double in the fourth, giving him five extra-base hits among his six career hits. ... Heredia has homered twice in the last three games. ... The Royals have allowed no runs in their three wins and 38 runs in their six losses. ... Royals 2B Whit Merrifield had two hits, extending his home on-base streak to 19 games. ... Moustakas has homered in six of his last nine games against Seattle.

Royals: OF Alex Gordon (torn left hip labrum) was placed on the DL prior to the game. Yost was optimistic the injury will not require surgery and that Gordon, a three-time All-Star, would be back in 10 days to two weeks. OF Abraham Almonte was recalled to take his place.

Royals LHP Danny Duffy tries to bounce back from two poor starts when he takes the hill for the series finale Wednesday afternoon. He will face Mariners LHP James Paxton, who is also 0-2 this season.