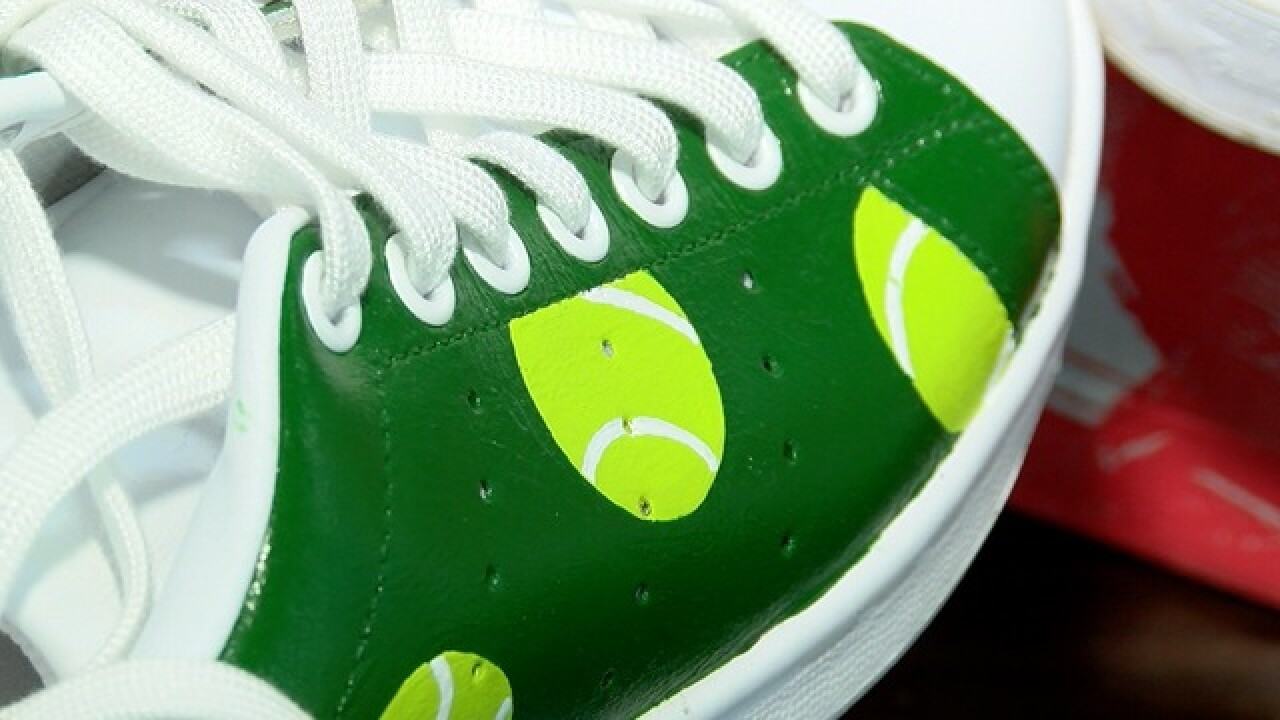 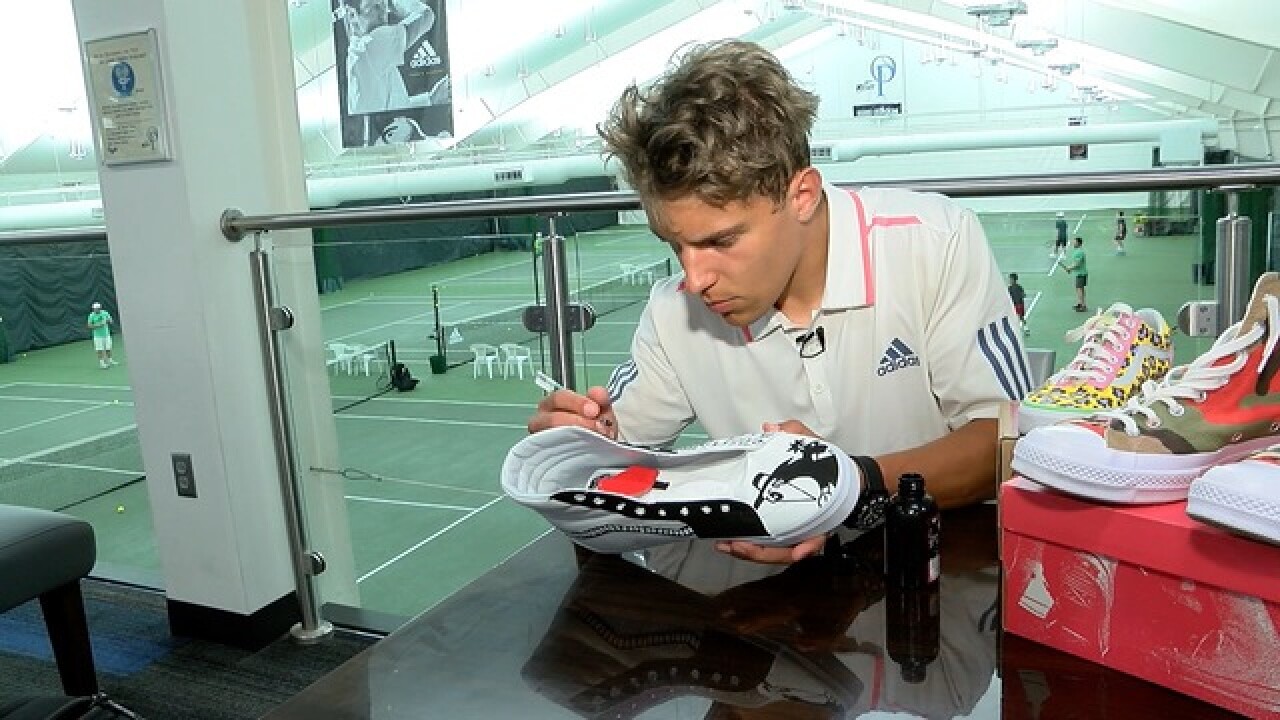 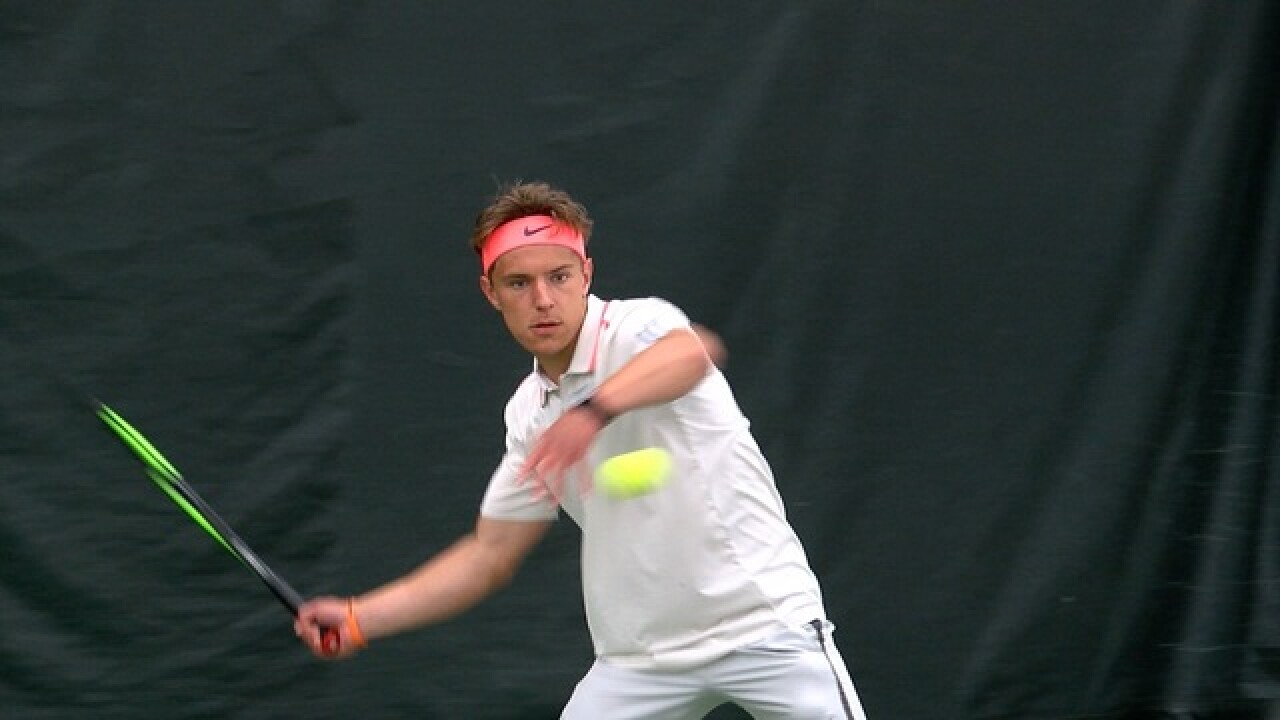 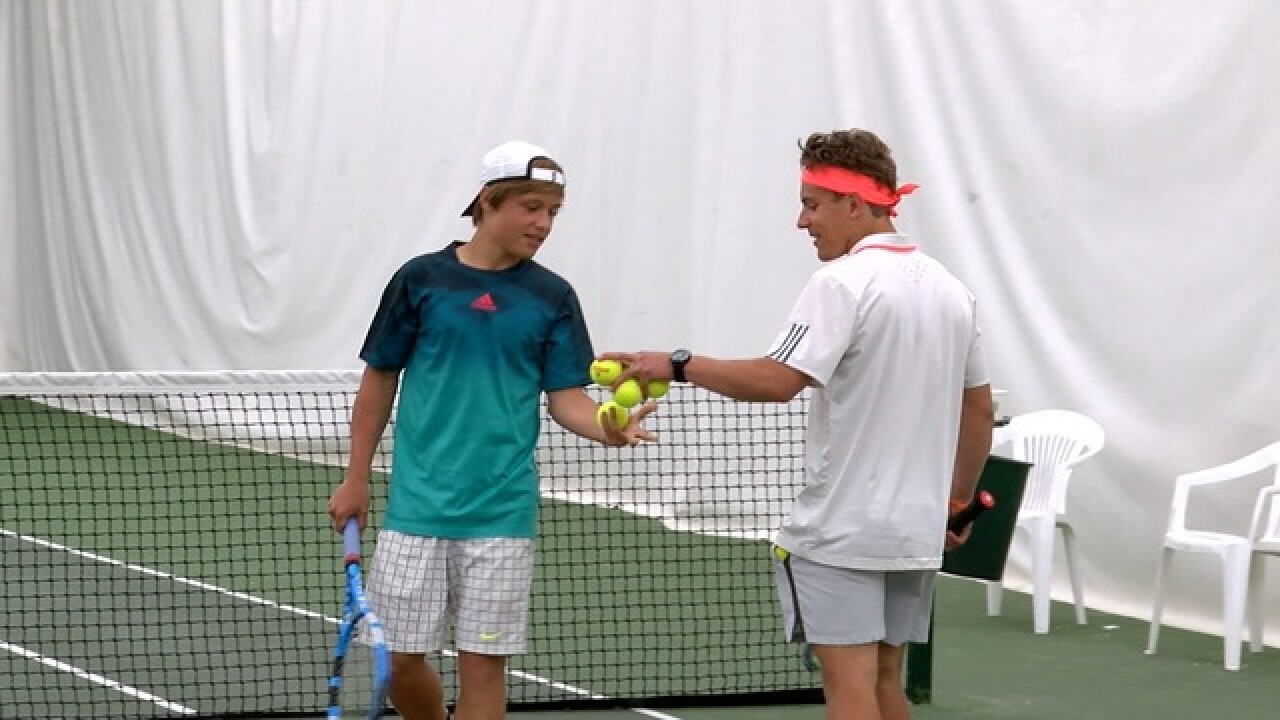 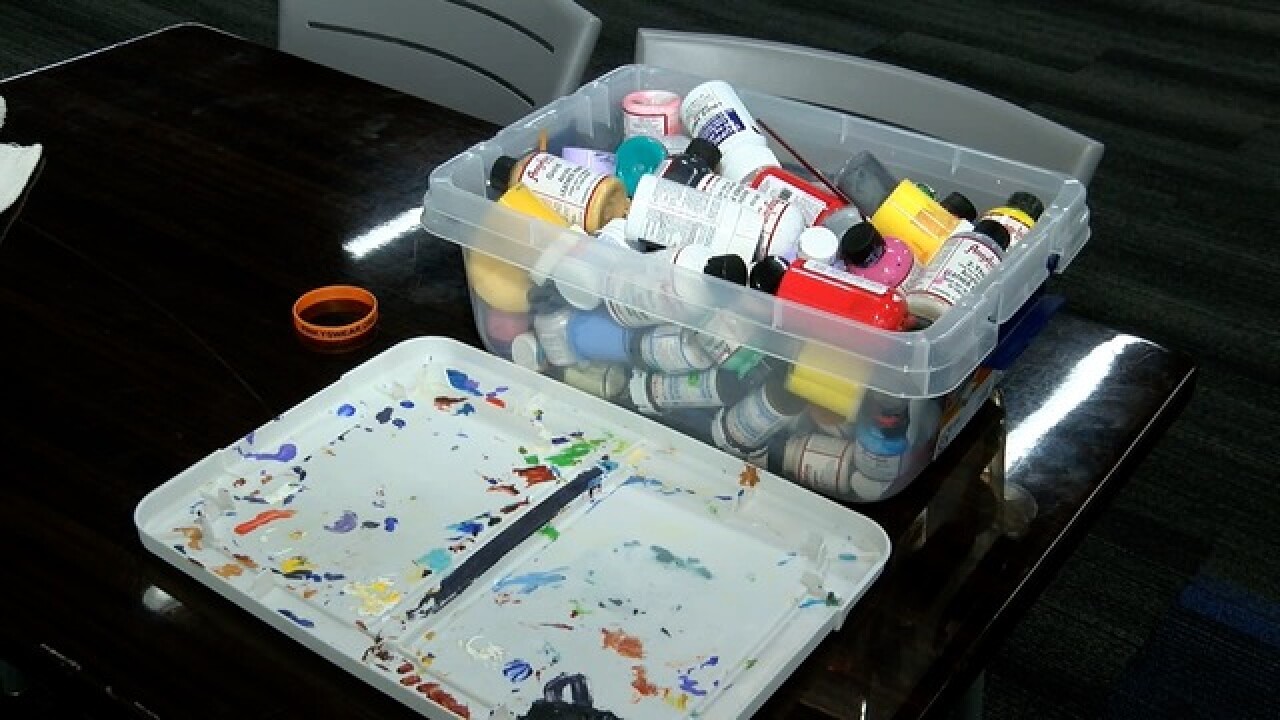 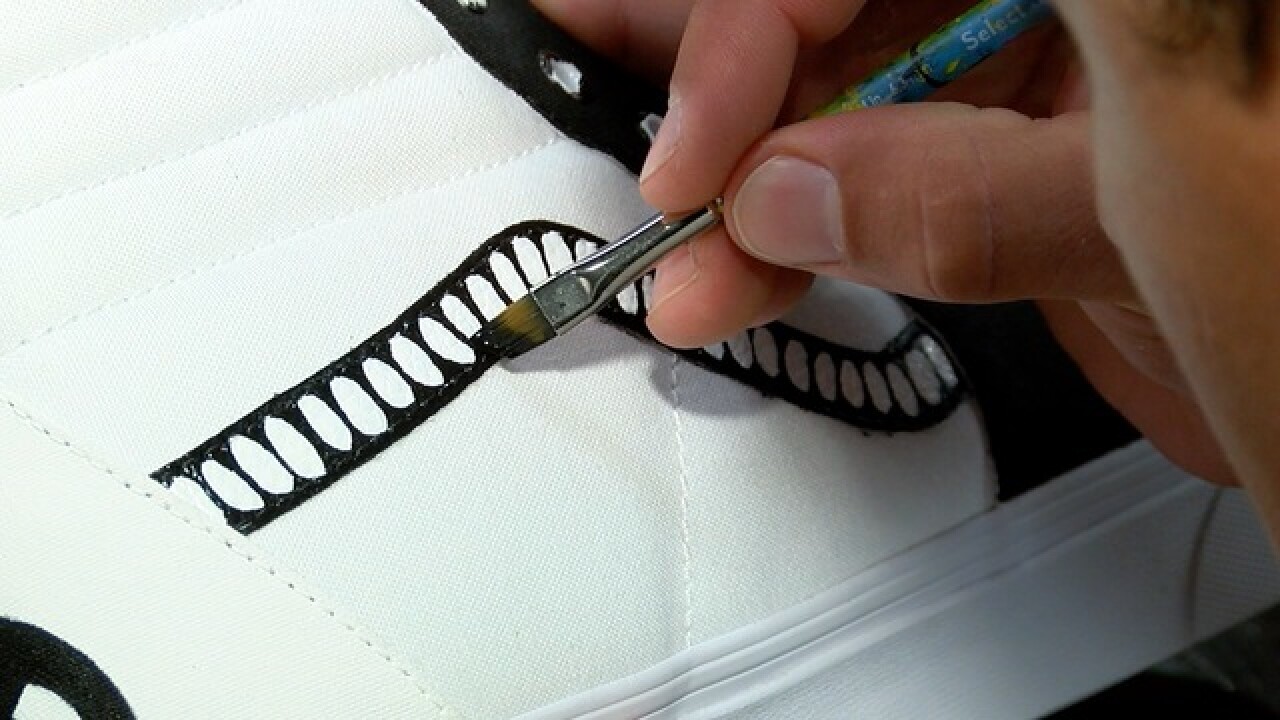 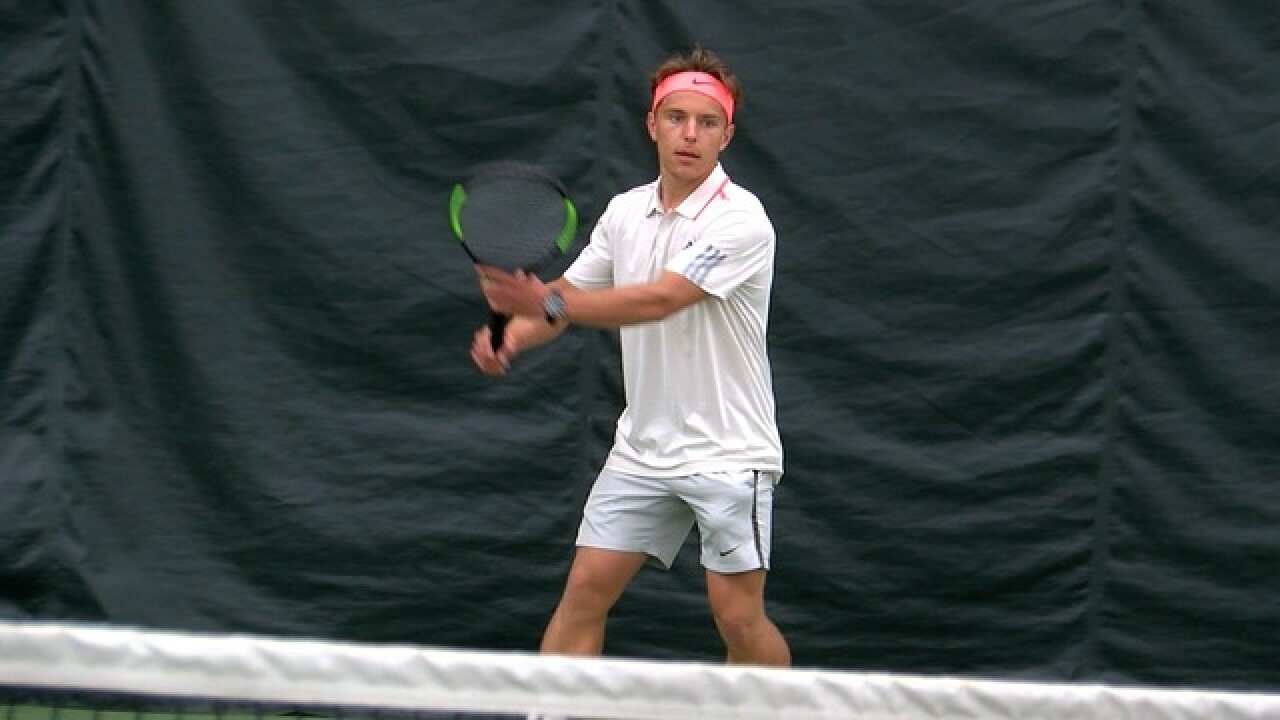 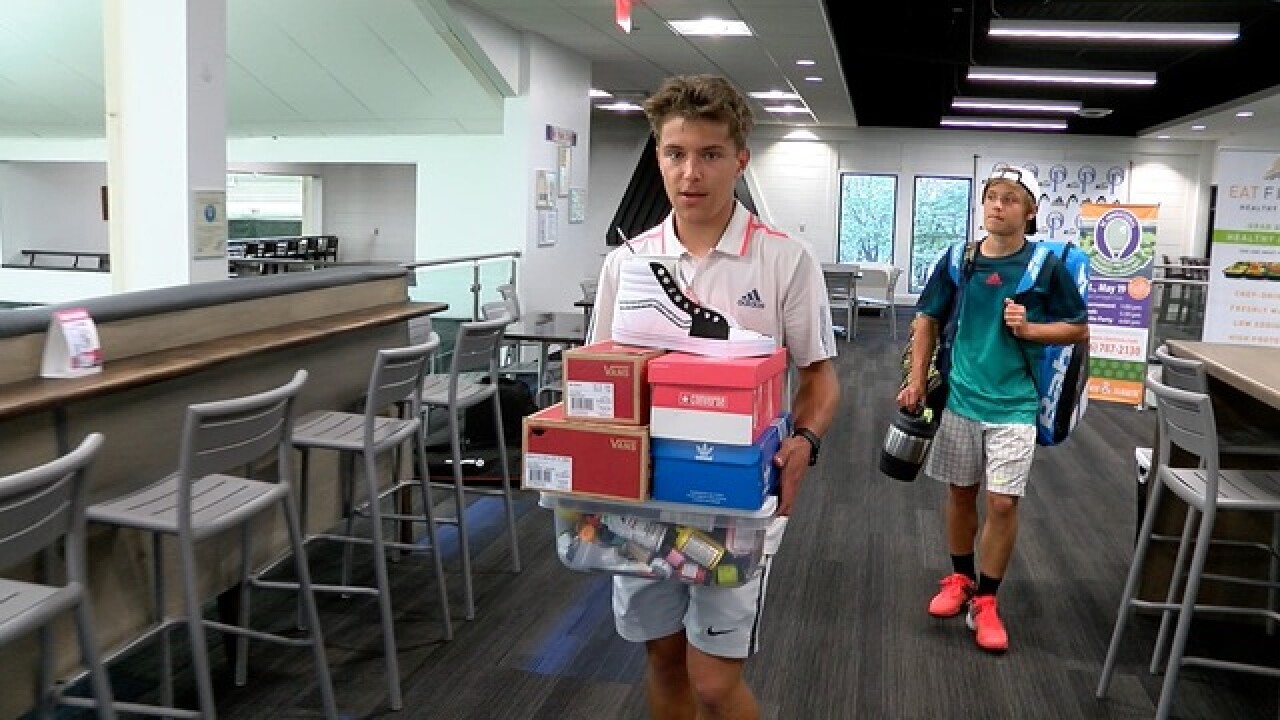 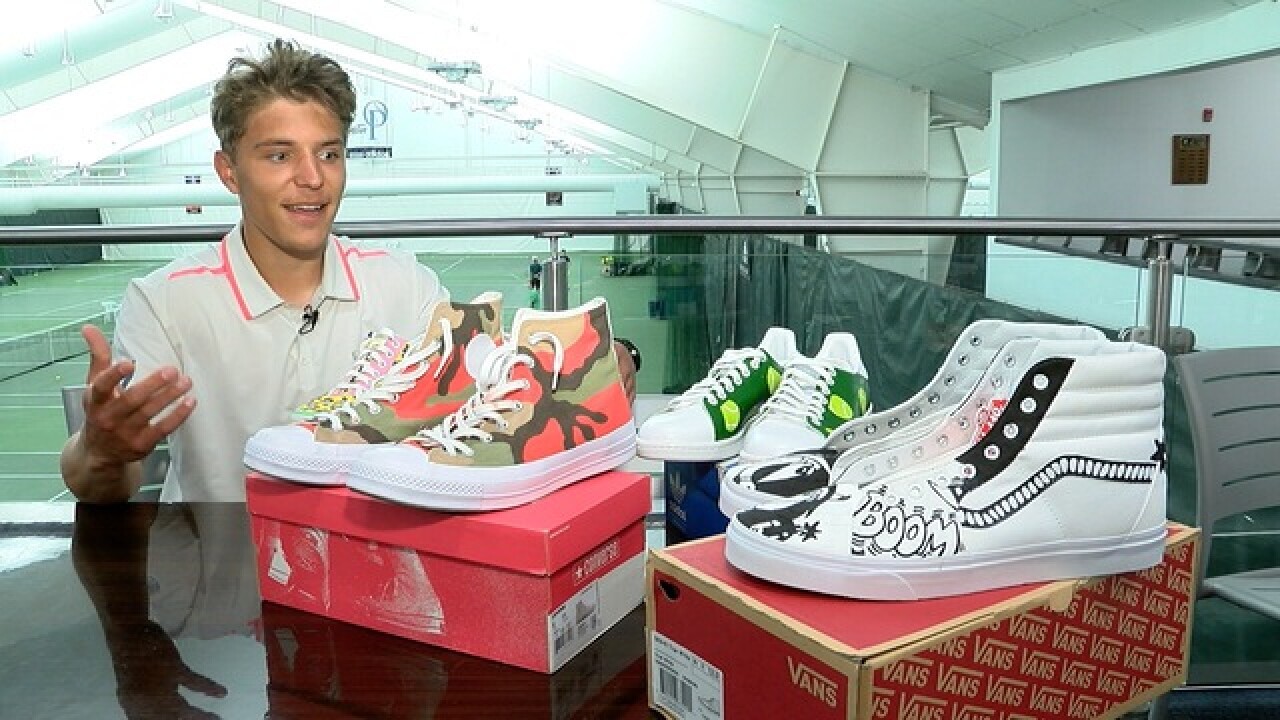 OVERLAND PARK, Kan. — Most young adults graduating high school look forward to either getting a job or going to college. But Shawnee Mission East senior tennis player Billy Louiselle has quite a unique skill set that will give him greater leverage going forward.

"It sounds cliche, but it's kind of a dream come true," Louiselle said. "At Depauw, it's been kind of everything's lined up. All of my focuses. And, it's just a really great opportunity."

Billy has played varsity-level tennis at Shawnee Mission East all four years of his high school career. He said that was always a goal his father had for him and his brother. However, it's not just school and tennis that takes up most of his day. Louiselle has a shoe business for which he paints and designs shoes.

"I started collecting shoes [around] my freshman year, eighth grade," Louiselle said. "The more shoes you kind of collect, you kind of want something that nobody else has... My mom was creative director of Hallmark. And so, we grew up taking lots of art classes. And, I got the idea, one day, to kind of combine the both of them and make shoes that nobody else had."

Overland Park Racquet Club General Manager Scott Fenton was very impressed when he saw the kind of talent that Louiselle had with both tennis and designing shoes.

"When you work around so many children, you get a chance to see how creative they all are, especially the kids that stick around for years," Fenton said. "They're dragging in their homework and their projects. And, they're sitting around the club doing things. And, Billy's got a really cool thing. I actually learned about it when I saw one of our owners wearing a pair of his shoes that he had put his touch on."

Billy said his clients primarily email him or contact him via social media direct messaging, but that hasn't stopped the growth of his business. He even said that a hip-hop artist from California named Felly reached out to him wanting a pair of his shoes.

"[At Depauw], I have a lot of tools where I can continue my business there and play tennis. And, just kind of everything came together at that school," Louiselle said.