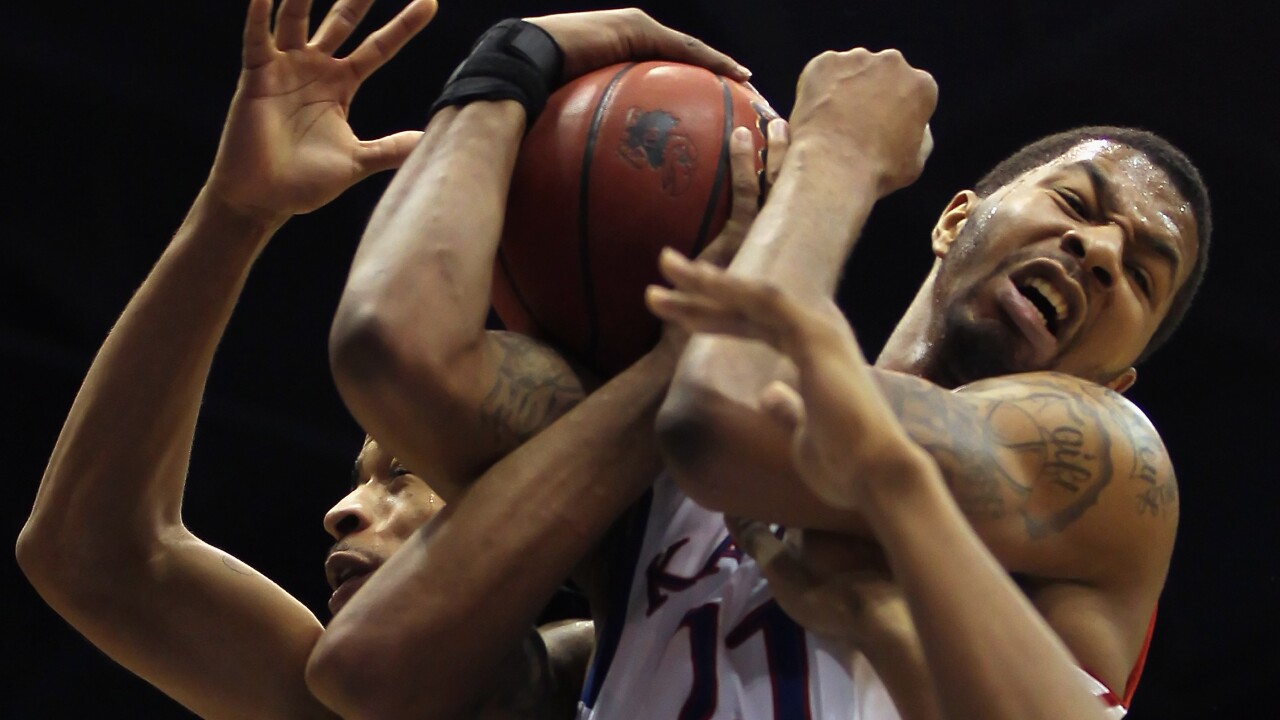 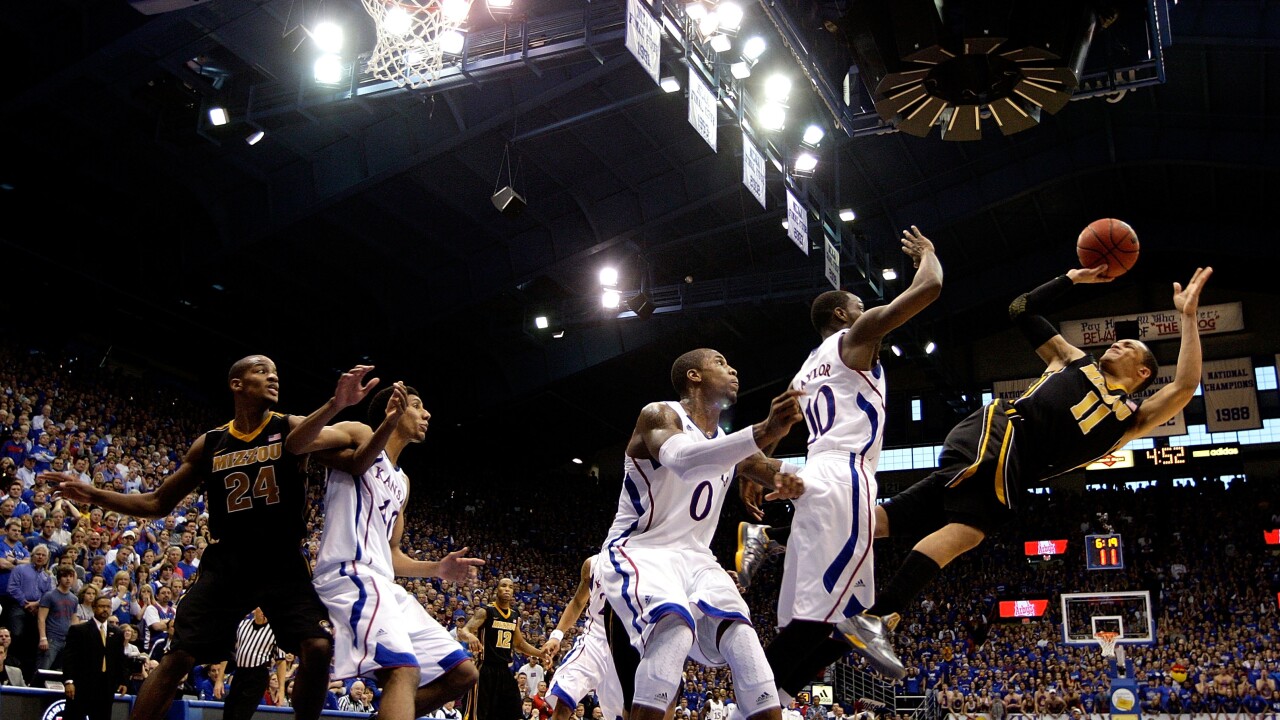 KANSAS CITY, Mo. — The Border War is back.

The University of Missouri announced Monday that it has agreed to a renewal of the men’s basketball rivalry with the University of Kansas, a fierce and storied tradition dubbed “The Border War” by fans.

The first of six games agreed to between the schools is set for Dec. 12, 2020, at the Sprint Center in downtown Kansas City, Missouri.

Jayhawks men’s basketball coach Bill Self historically has been against the resumption of the rivalry since the Tigers left the Big 12 for the Southeastern Conference, but new Director of Athletics Jeff Long helped persuade him to resume to rivalry.

“Jeff and I discussed the idea of playing Missouri on many occasions, including speaking with other coaches here at KU, and we all felt the timing is right to renew the rivalry,” Self said in a statement from KU Athletics. “Even though we haven’t played the last few years, I know it was something our players and fans missed, and so did I. The interest generated in the 2017 exhibition game was far greater than I envisioned it would be which made it obvious to me that our fans were eager to see a Border Showdown matchup.”

Final dates and times for the four games on campus will be announced at a later date.

“This is a tremendous opportunity for both programs to bring back one of college basketball’s best rivalries,” Tigers coach Cuonzo Martin said in a statement announcing the series. “I’m excited for our guys, our University and our fans, and we look forward to the battles ahead.”

Mizzou and KU have squared off 267 times, making it one of the oldest rivalries in college basketball history.

The Jayhawks own a 172-95 all-time record against the Tigers in the series, which dates back to 1907.

When MU left the Big 12 Conference for the Southeastern Conference, KU opted to end the series.

Both athletic departments are under new leadership with Jeff Long and Jim Sterk taking the reins at Kansas and Missouri, respectively, since that move.

“One of the best aspects of college athletics is rivalries, and we are thrilled that our fans and student-athletes will get to experience this Border Showdown rivalry once-again,” Long said in a statement. “We have quietly sought input from fans and supporters on the renewal of this series and we believe the overriding sentiments are that this historic rivalry should resume.”

The teams did meet in an exhibition before the 2017 season that raised more than $2 million for hurricane relief efforts.

“The atmosphere at the Showdown for Relief exhibition in 2017 was incredible to be a part of,” Sterk said in a statement. “We’re excited to bring that back and officially renew a historic rivalry that people have tremendous passion for. It’s a rivalry that college basketball deserves, and we look forward to delivering that tradition to fans across the nation.”

That game also was played at the Sprint Center, but next season’s matchup will be the first between the programs in KCMO since 1997.

“Having coached a lot of games vs. Missouri in my time here at Kansas, I could not be more excited to start this series up again,” Self, who is the target of an NCAA investigation into allegations of recruiting improprieties, said. “This is a great experience for all basketball fans and I look forward to the rivalry being reignited in Kansas City next season, and then bringing it back home to Allen Fieldhouse the following year.”

The first game of the series also will be the first official game between the teams since Feb. 25, 2012.

“Hopefully, this renewal on the hardwood will lead to more opportunities (to play Kansas) down the road in other sports, too,” Sterk said. “Rivalries make college sports great, and there is no question that when Missouri and Kansas face off in any sport, it’s important to a lot of people.”

“While this series does not include each of our sports teams competing in the Border Showdown at this stage, we feel this is the first step to expanding it in the future,” he said. “We are excited for this rivalry to begin anew next year and believe it will be great for all fans of college basketball.”