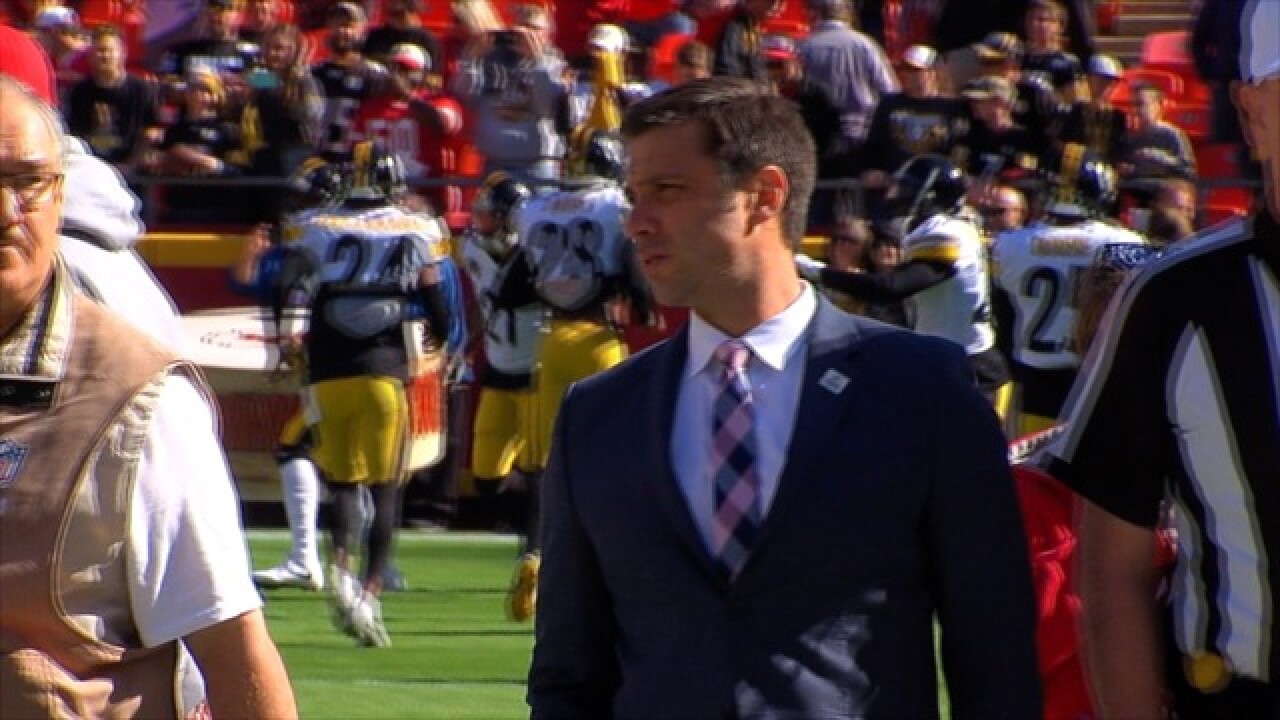 Copyright 2018 Scripps Media, Inc. All rights reserved. This material may not be published, broadcast, rewritten, or redistributed.
<p>Brett Veach walks the sidelines and looks at the Chiefs players practicing before their home game against the Pittsburgh Steelers.</p> 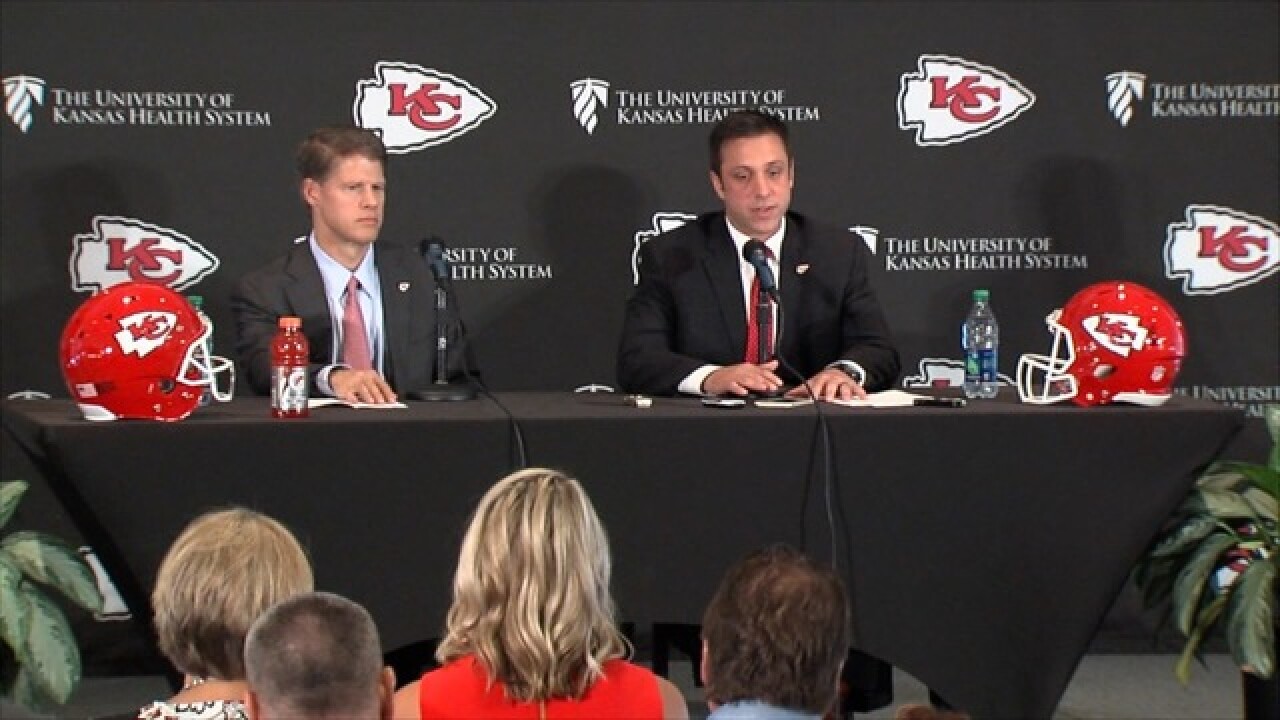 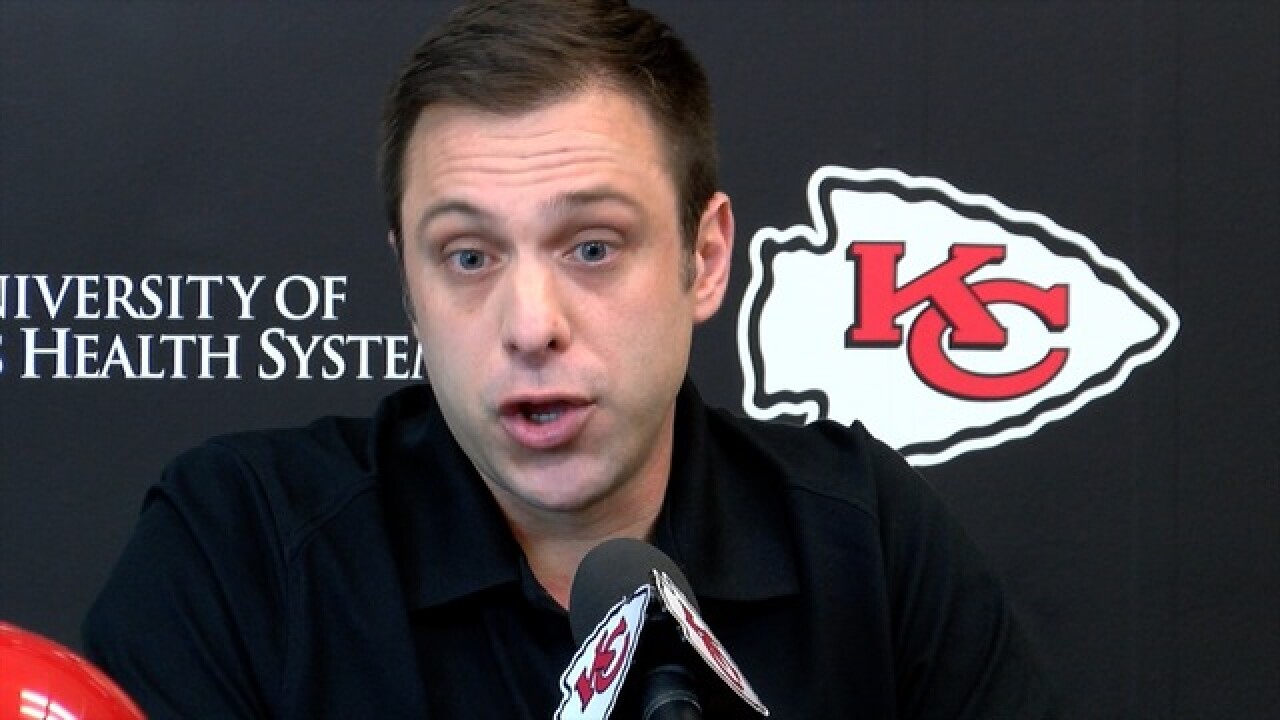 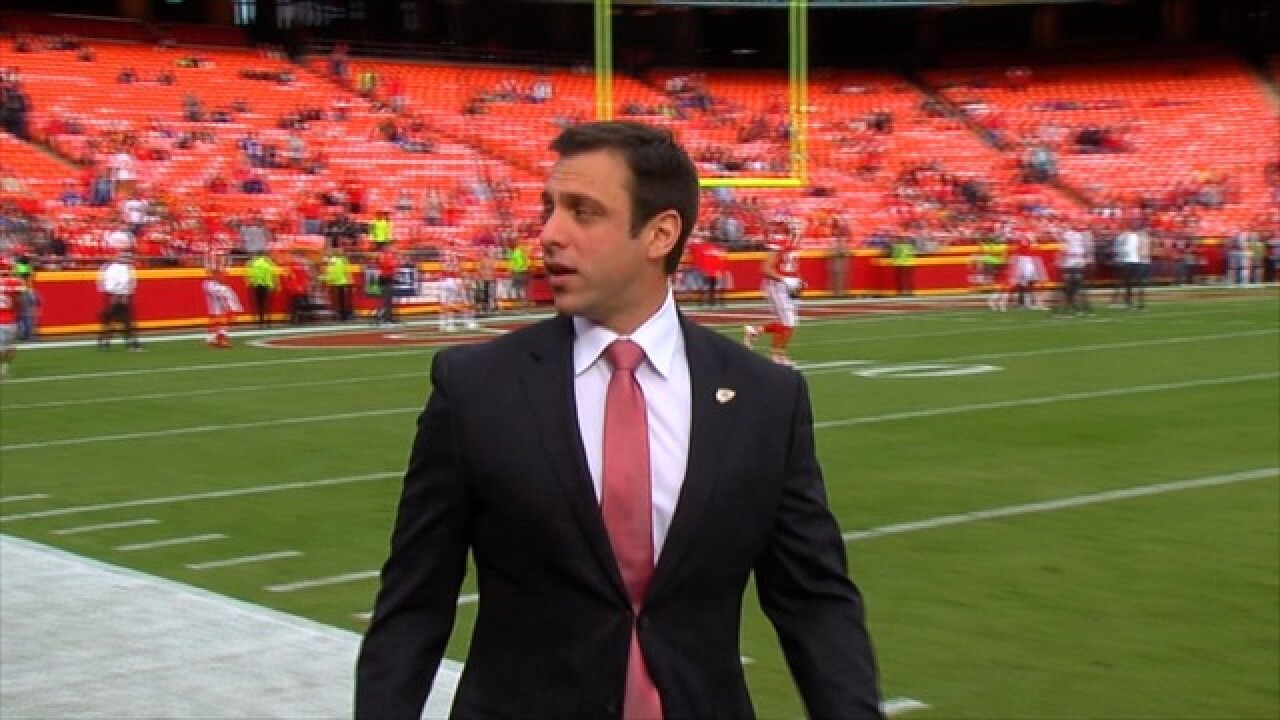 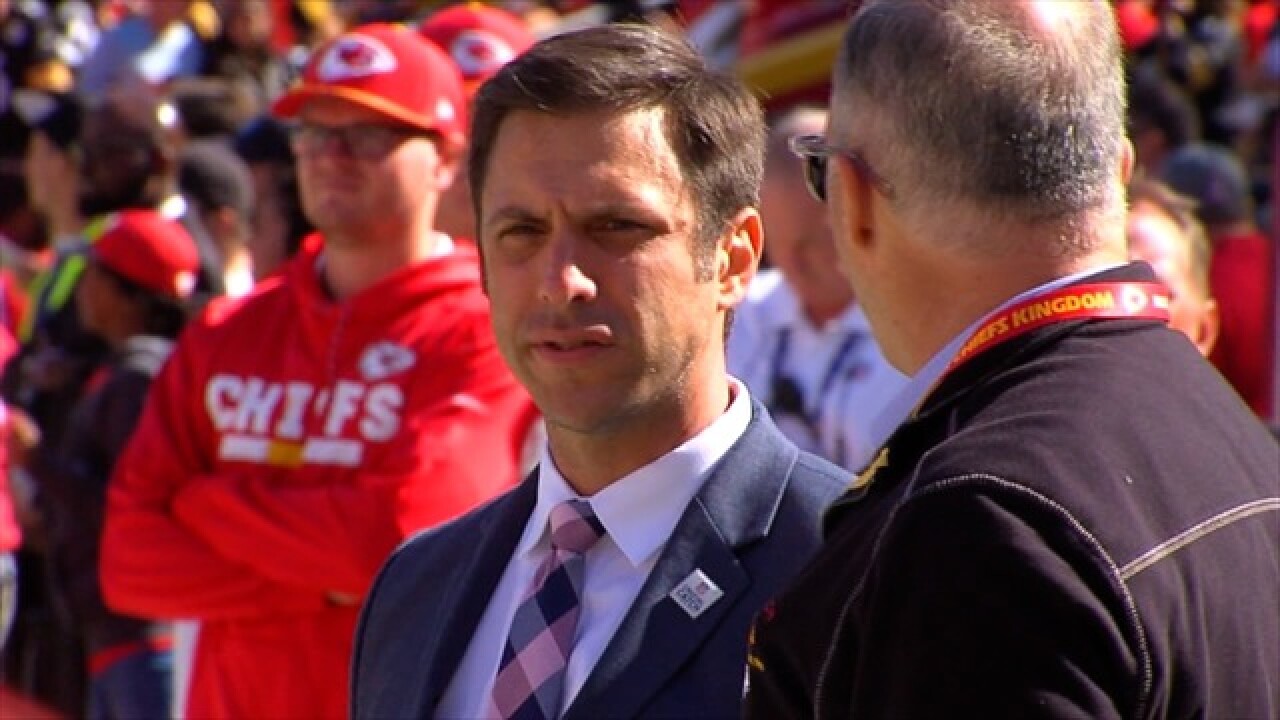 KANSAS CITY, Mo. — Kansas City Chiefs General Manager Brett Veach has been patient. He's waited for his opportunity. Now, Veach is the man everybody will look to in helping to shape the team's future in the upcoming NFL Draft April 26-28.

"I'm looking forward to it," Veach said. "I've been lucky enough to do this for 12 years. So, I've been going to a draft room for a long time. It certainly will be different as a GM."

However, while Veach wants to do everything he can to make sure he's doing the right things and making the right decisions for the Chiefs when they're on the clock. He has people around him that will help him when the situation calls for it.

"I have a group of guys up there that are worried I'm [going to be] too aggressive. So, I'm glad I have those guys," Veach said. "You know, everyone does this. We've done this the last five years. You kind of go through mock drafts just like you see online. But, we kind of play that game ourselves in regards to, you know, what do we do if, or what about if this guy slides? And, I think every scenario had me, you know, trading up. And, my guys were like, we've got a lot of good picks here."

Head Coach Andy Reid believes in Veach and is certainly confident of his General Manager.

"He's very thorough. And, he's made some nice moves strategically with a cap that he's had to balance and work with," Reid said.

Of course, it's been a busy offseason as Veach has made many changes to the team since their season ended in the AFC Wildcard Playoff game against the Tennessee Titans. He's released veteran players Derrick Johnson, Tamba Hali, Ron Parker and Darrell Revis. He's traded away Alex Smith and Marcus Peters. Many knew those moves had to be made. However, Coach Reid said that doesn't make Brett's job any easier.

"He made some big calls letting veterans go. And, that's not an easy thing to do. But, he's done that," Reid said. "And then, he's worked to replenish positions that we needed to replenish in with what looks like they have a chance to be a good player."

Many around the organization including players know that, whatever moves Brett Veach makes, it's for the good of the team giving them confidence in him.

"Coach Reid, Brett Veach, we got winners in this organization right here. This organization is full of winners. And, everybody's eager to win. And, they gonna make the necessary steps to put the pieces together," said Chiefs Defensive Lineman Chris Jones.