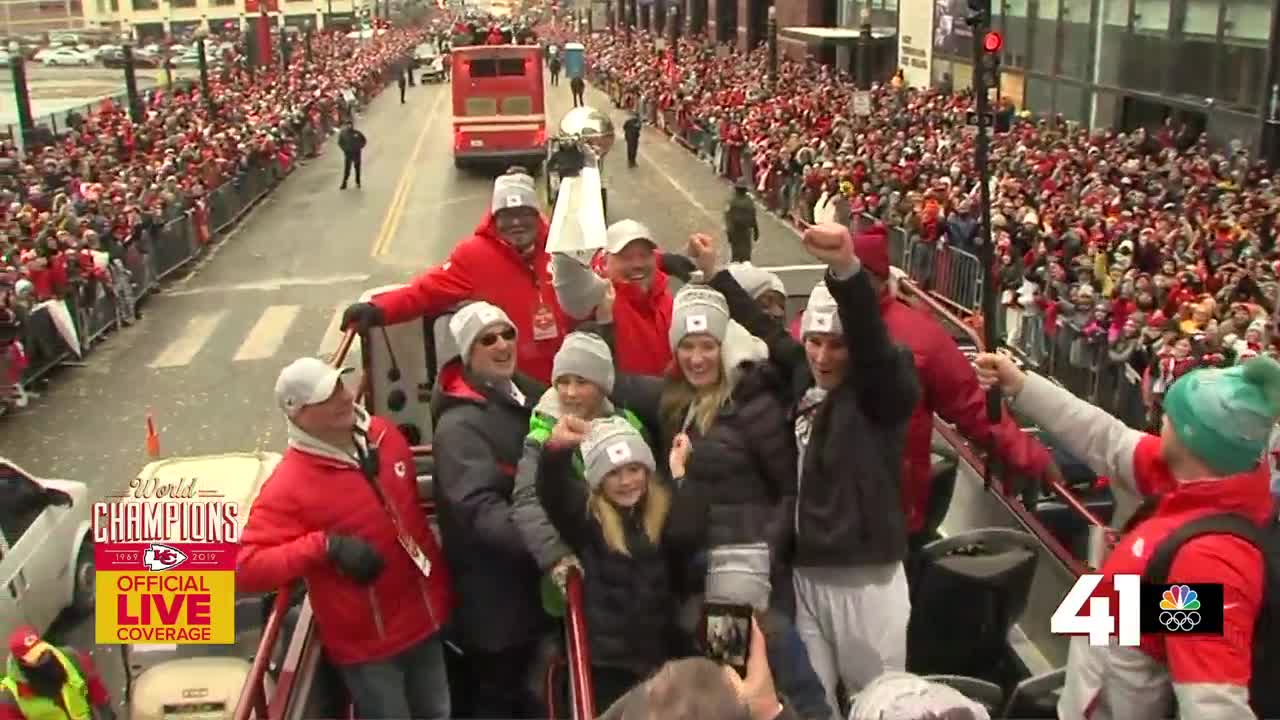 The Lombardi Trophy made an appearance at the Super Bowl parade! 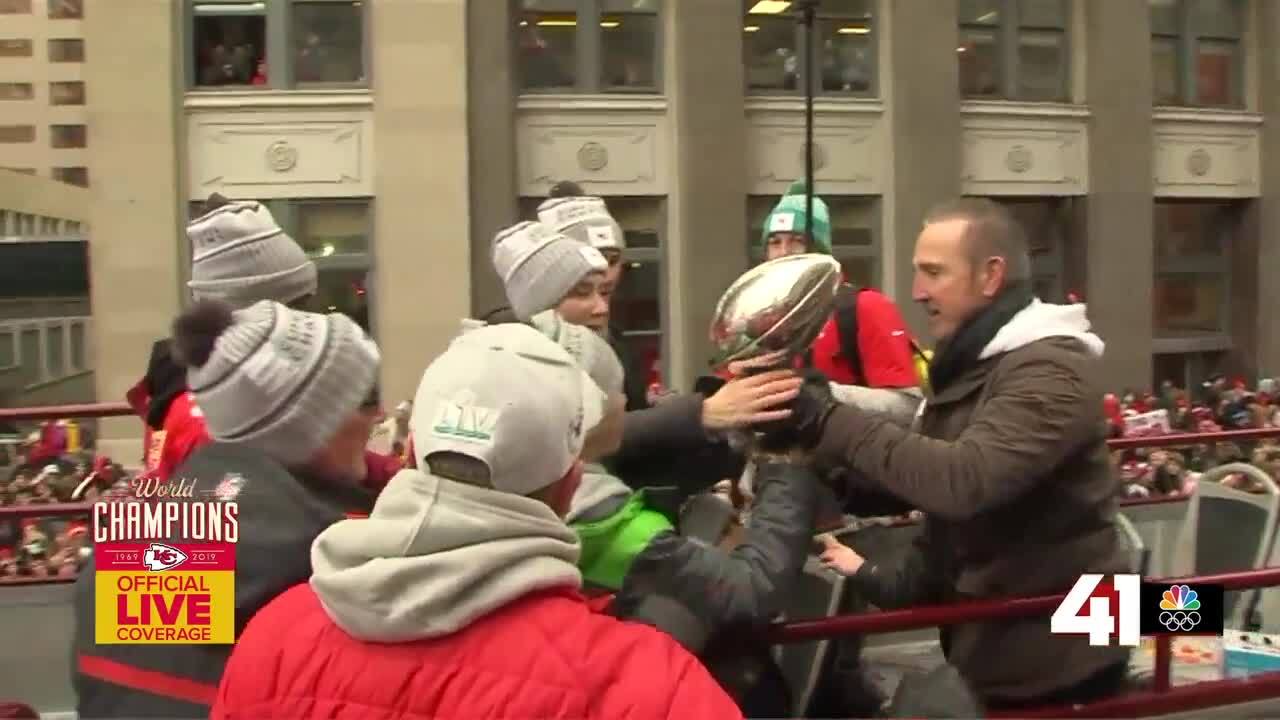 KANSAS CITY, Mo. — If there’s an unsung hero for the Chiefs, who ended a 50-year Super Bowl drought Sunday by beating the San Francisco 49ers in Super Bowl LIV, it might be defensive coordinator Steve Spagnuolo.

Brought in during the offseason to rebuild Kansas City’s defense into a title contender, Spagnuolo took some lumps from fans early in the season as his unit — especially the run defense — struggled to find its sea legs.

“Spags,” as he’s better known to players and fans, kept tinkering, kept coaching and kept improving the Chiefs’ defense, which rounded into one of the NFL’s best units during the last two months of the regular season.

He spent Wednesday surrounded by a Sea of Red as the Chiefs celebrated a world championship a half-century in the making.

Spagnuolo and his family enjoyed a special moment with the Lombardi Trophy along the Chiefs Kingdom Champions Parade route atop one of several double-decker buses used to take players, coaches and team staff from the River Market to Union Station.

Super Bowl Trophy on the bus

The Chiefs’ defense improved from 24th in the NFL in scoring defense last season (26.3 points per game) to seventh in 2019 (19.2 ppg) and allowed more than 50 fewer yards per game under Spagnuolo compared to the 2018 season.