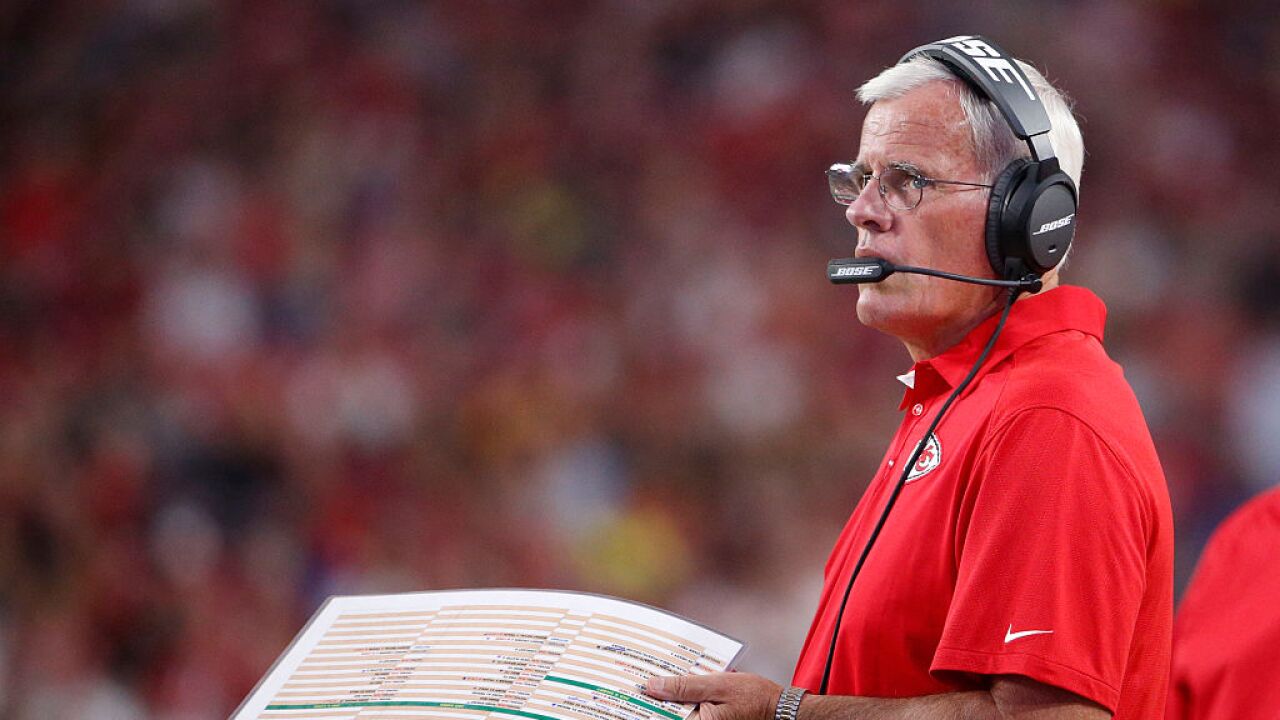 Christian Petersen/Getty Images
GLENDALE, AZ - AUGUST 15: Defensive Coordinator Bob Sutton of the Kansas City Chiefs on the sidelines during the pre-season NFL game against the Arizona Cardinals at the University of Phoenix Stadium on August 15, 2015 in Glendale, Arizona. The Chiefs defeated the Cardinals 34-19. (Photo by Christian Petersen/Getty Images)

Sutton served in the position for the past six years.

Despite having one of the top pass rushing attacks in the game, the Chiefs defense ranked near the bottom in the league in several categories in 2018.

“Bob is a good football coach and a great person," Chiefs head coach Andy Reid said in a statement Tuesday. "He played an integral role in the success of our team over the last six seasons. I’ve said before that change can be a good thing, for both parties, and I believe that is the case here for the Chiefs and Bob. This was not an easy decision, but one I feel is in the best interest of the Kansas City Chiefs moving forward.”

READ: Who might be the Chiefs next defensive coordinator?