Chiefs’ home-field advantage even greater in 2020 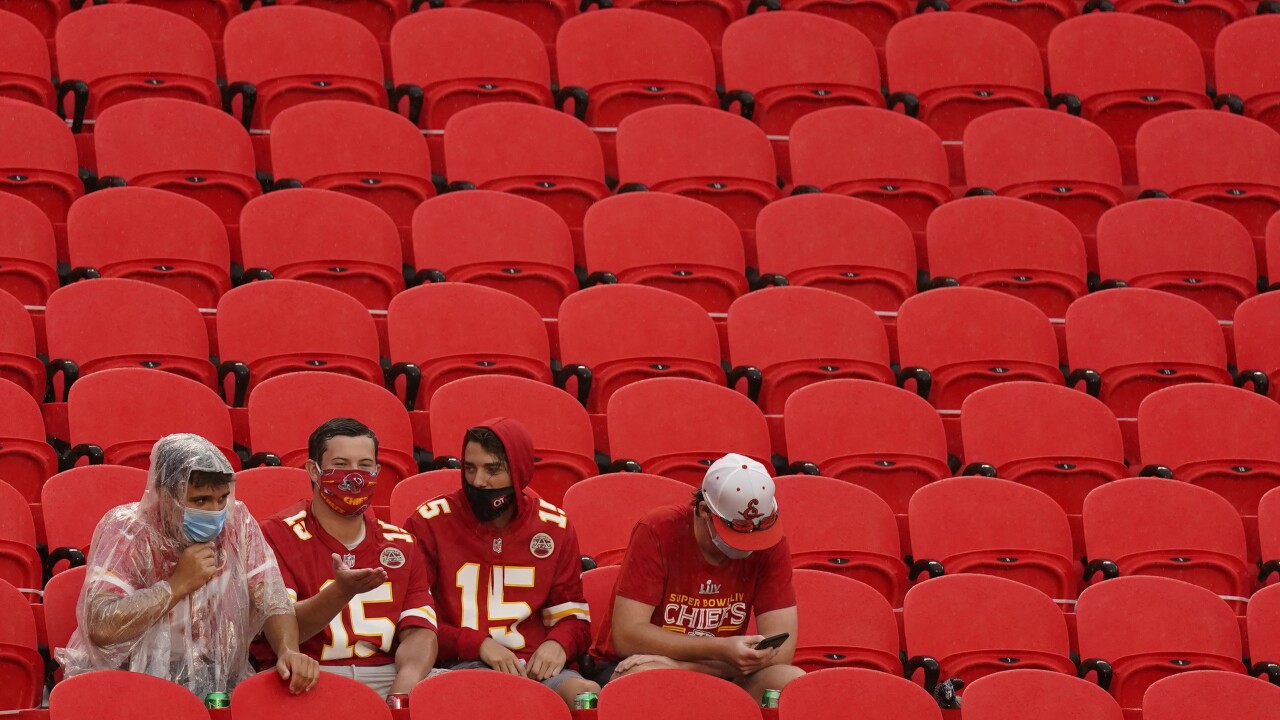 (Copyright 2020 The Associated Press. All rights reserved. This material may not be published, broadcast, rewritten or redistributed.)
Charlie Riedel/AP
Fans watch the Kansas City Chiefs during NFL football training camp Saturday, Aug. 29, 2020, at Arrowhead Stadium in Kansas City, Mo. The Chiefs opened the stadium to 5,000 season ticket holders to watch practice as the team plans to open the regular season with a reduced capacity of approximately 22 percent of normal attendance. 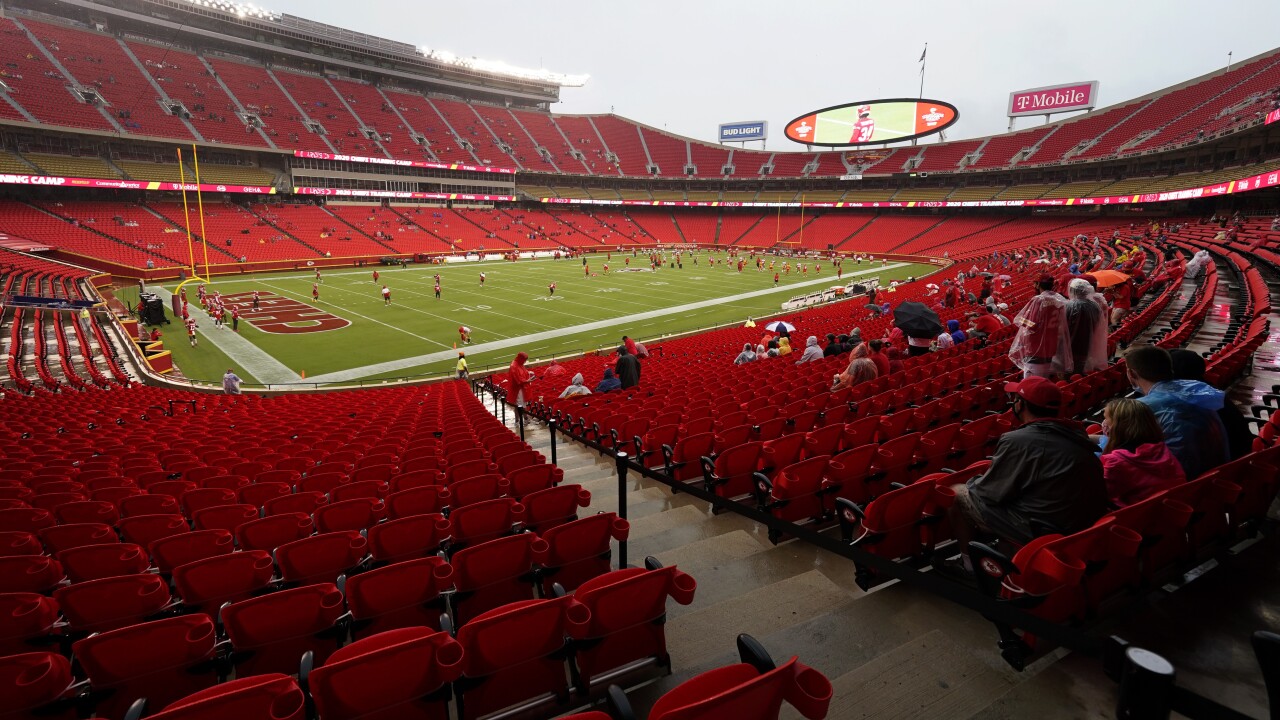 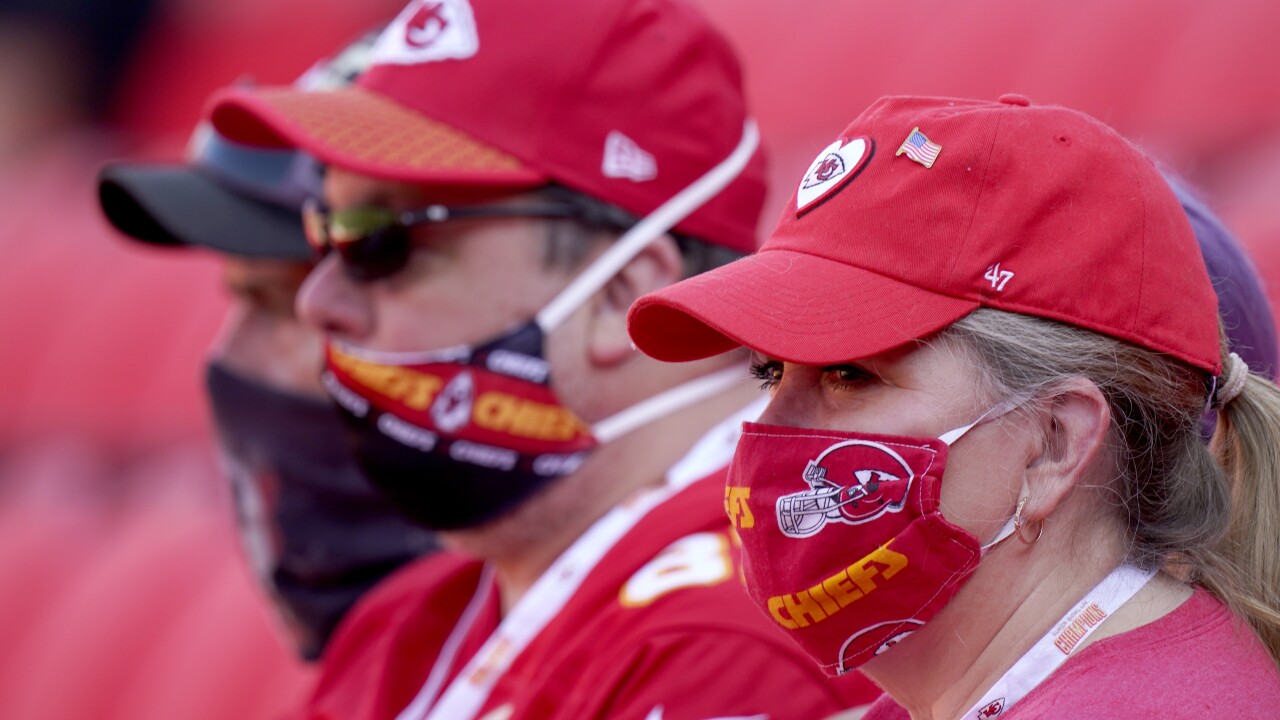 KANSAS CITY, Mo. — It’s not as if the Kansas City Chiefs need an even greater competitive advantage to dominate the AFC West, but COVID-19 regulations across the country have provided one anyway.

The Chiefs, who have won four straight division titles, will be the only AFC West team allowed to have fans in the stands to start the 2020 season.

After consultation with the Kansas City, Missouri, Health Department, the Chiefs announced in mid-August that attendance at Arrowhead Stadium would be capped at 22% of capacity, or roughly 17,000 fans.

“That’s a tremendous thing for our city here moving forward ...,” coach Andy Reid said after the decision was announced. “My hat goes off to (Chiefs President) Mark Donovan and his crew for the job they did of getting things prepared, checking with the specialists and experts that are involved with it, and really giving our fans an opportunity — on a limited basis — to get themselves back in the stadium to continue to work ourselves back into normalcy in due time here.”

The Las Vegas Raiders announced that fans won’t be allowed at swanky new Allegiant Stadium this season in early August.

The Los Angeles Chargers, who are opening a new shared venue — SoFi Stadium — with the Rams this season, also won’t be allowed to have fans to start the 2020 season.

Finally, fans won’t be allowed at the Broncos’ home opener against the Tennessee Titans on Sept. 14. No decision has been made for the Sept. 27 against the Tampa Bay Buccaneers for the rest of the season.

“Kansas City, we have some of the best fans in the world,” defensive tackle Chris Jones said. “It was nice to see them out there the other day. We were able to go on the field and have them out there and have the attendance. We look forward to having them during the season. That’s a huge part of Kansas City, a huge part of who we are and I’m thankful that we can have them.”

“With having the fans there, I think it kind of gave another energy,” quarterback Patrick Mahomes said after the Aug. 22 practice. “Just being out there and the fans cheering, getting to see them, the passion that they have in Chiefs Kingdom is unmatched. It was awesome to be out there and be a part of that. It really got me going, as you could see me getting hyped up.”

Not having fans in the stands — or having a limited number — might help the NFL’s offenses even more in 2020, according to Chiefs defensive coordinator Steve Spagnuolo.

“No matter what stadium we play in this year, it’s really going to be a home game for the quarterback,” he said. “Our concerns are that they’re drawing us offsides, because they can use their voice. To be honest with you, that’s the only part of all of that I’ve thought about — how does it affect us and will there be an advantage or a disadvantage — and I just think that one thing is really important.”

Spagnuolo said opposing quarterbacks usually have to resort to a silent count at Arrowhead due to fan noise and “that gave the D-line a little bit extra juice.”

Maybe the 17,000 fans who are allowed at games will consider that a challenge.

“I was pretty impressed with the noise level today from the couple thousand ...,” center Austin Reiter said after the Aug. 22 practice. “I think 17,000 is going to be pretty loud. I think it’s definitely going to be some noise there, which will be nice. I think a quiet game would probably be a little awkward, but I was excited because I think we’re definitely going to have some good noise there with the limited capacity we’ll have.”

Again, not that the Chiefs necessarily need the help.

Kansas City owns a nine-game win streak against the Broncos, dating back to September 2015 and has won 11 of 12 games against the Raiders during the past six seasons.

Under Reid, the Chiefs are 12-2 against the Chargers and 32-10 overall against the AFC West.