Chiefs' Hardman to fill in for Sammy Watkins 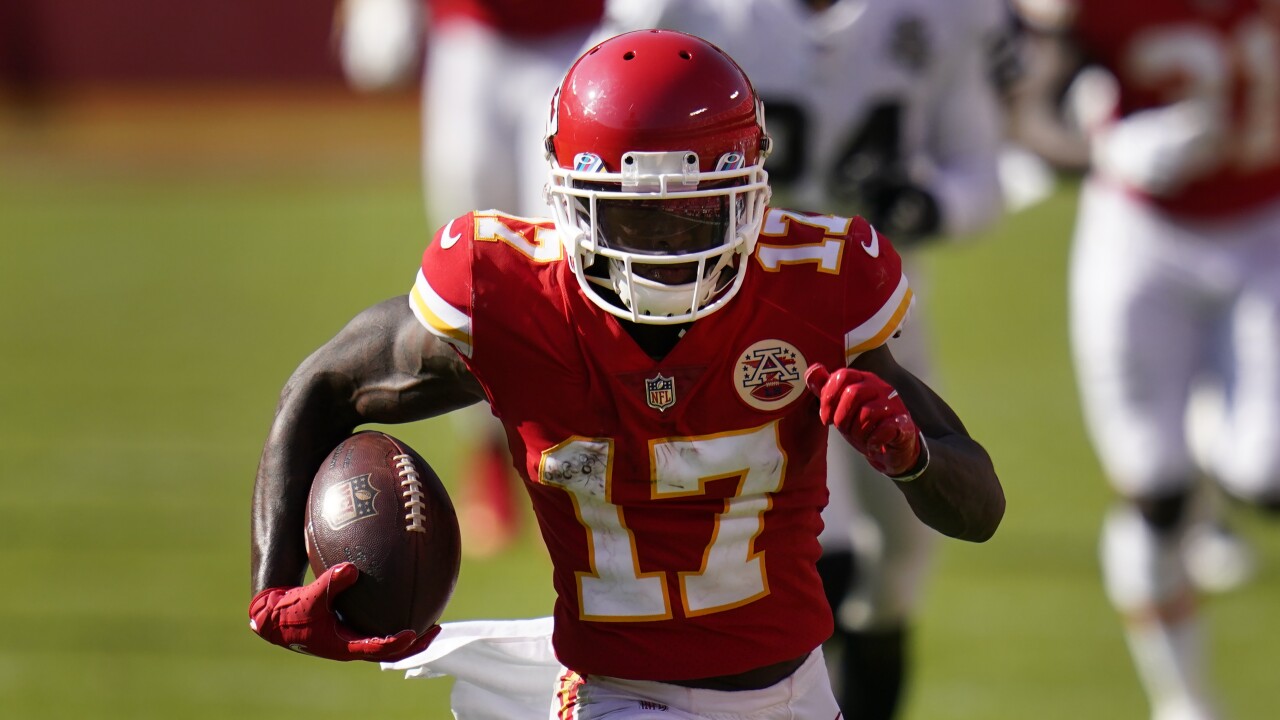 As Watkins continues to nurse the injury, fellow wide receiver Mecole Hardman says he is ready to take on a bigger offensive role.

"I'm prepared I think...I did last year when Tyreek went down and Sammy went down one time too, I think I’m ready for the challenge... there is nothing that I don’t think I can handle," Hardman said Thursday in a video conference with reporters.

Hardman's teammates also have faith in the young receiver, with quarterback Patrick Mahomes praising "the Jet" before Thursday's practice.

“It’s about stepping up and being prepared and you know what he can do when he gets the ball in his hands, so it’s about just making sure he’s prepared and ready to go and I’m sure he will be," Mahomes said.

But filling in for Watkins will be no small task. The wide receiver position takes time to master, especially when it comes to head coach Andy Reid’s intricate playbook.

“(I've been) practicing hard and doing what I need to do so whenever I get that chance and opportunity I'm gonna take advantage of it an just come in and see what Coach Reid has in store and what he has planned for me," Hardman said.

In his second year in the league, the former Georgia Bulldog has picked up where he left off last season, with 194 receiving yards, two receiving touchdowns and 13 receptions in the past five games.

Mahomes says it only gets better from here.

“Obviously he has more and more experience...I thought he did a pretty good job last year when he filled in for Tyreek and Sammy at some point, he’s a guy that’s ready for the challenge," Mahomes said.

Mecole couldn’t agree more, and not only is he eager to step up, he feels prepared,

As for Watkins and his potential return, Reid said he doesn’t think it’s a situation where they will place Sammy on the Injured Reserve List, meaning he’d miss a minimum of three games. The Chiefs are continuing to monitor the situation daily.