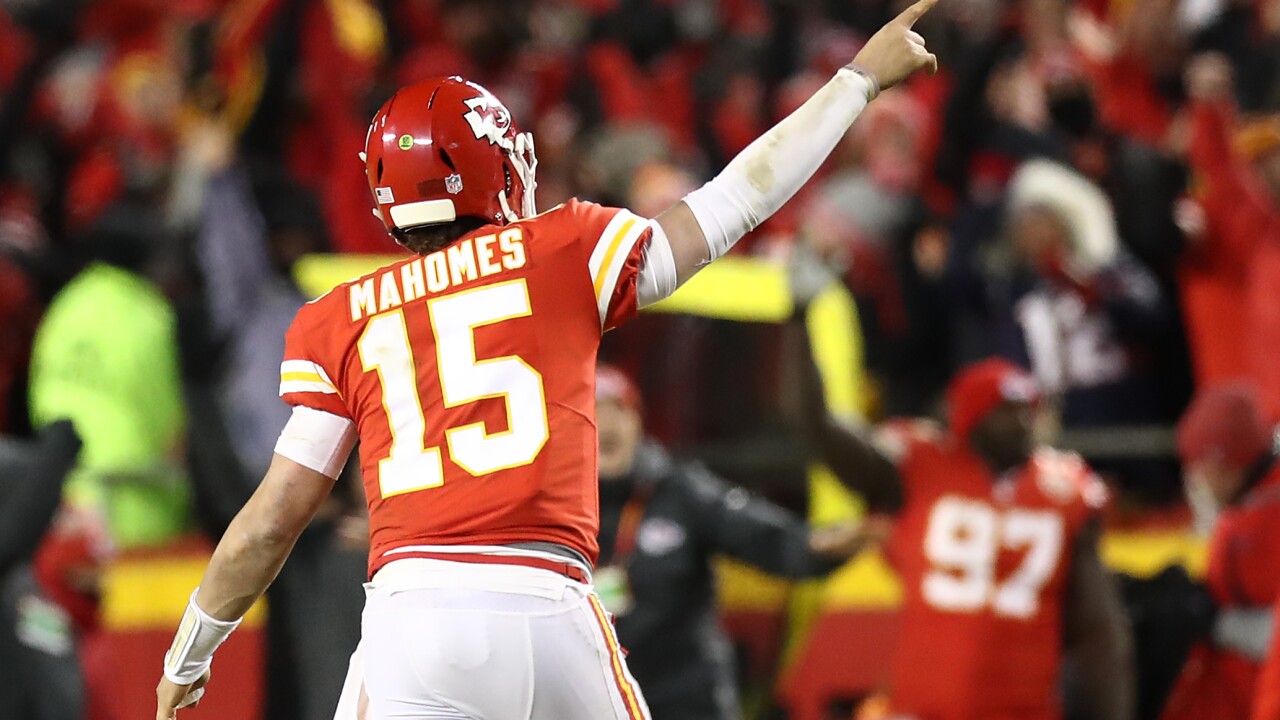 On Tuesday, Mahomes was the headline speaker at Hy-Vee’s Exercising Your Character event in Des Moines. The event for fourth- and fifth-graders in Iowa focuses on character building, physical activity and a healthy lifestyle.

During the event, Hy-Vee and Mahomes announced the details of their "exclusive partnership." Mahomes will endorse the store through television commercials, social media posts and in advertisements. Hy-Vee will also contribute funding to 15 and the Mahomies — Mahomes' newly announced foundation that focuses on the health and wellness of children living in communities in need of resources.

"I'm excited to be a part of something that is more than just a retail store, but a store that wants to make sure kids are active, kids have great nutrition and kids all around, especially the areas I'm always in, are really healthy and living great lives," Mahomes said.

The deal with Hy-Vee comes after Essentia Water announced its partnership with Mahomes on Monday.

We are so excited to announce our partnership with #Overachiever @PatrickMahomes! Welcome to the #EssentiaNation. #ItMightAsWellBeYou https://t.co/99XIVVwJhH

Mahomes has proven to be a brand ambassador. During the men’s NCAA National Championship, the NFL MVP took a photo with Dick Vitale. Mahomes cleverly covered the Under Armour logo on his Texas Tech shirt with a sticker that had “Adidas” written on it in black marker.

.@PatrickMahomes is repping Texas Tech and ... adidas 😂 (via @DickieV) pic.twitter.com/jGogGP3lpk

Other notable endorsement deals for Mahomes include Hunt's Ketchup and Oakley.