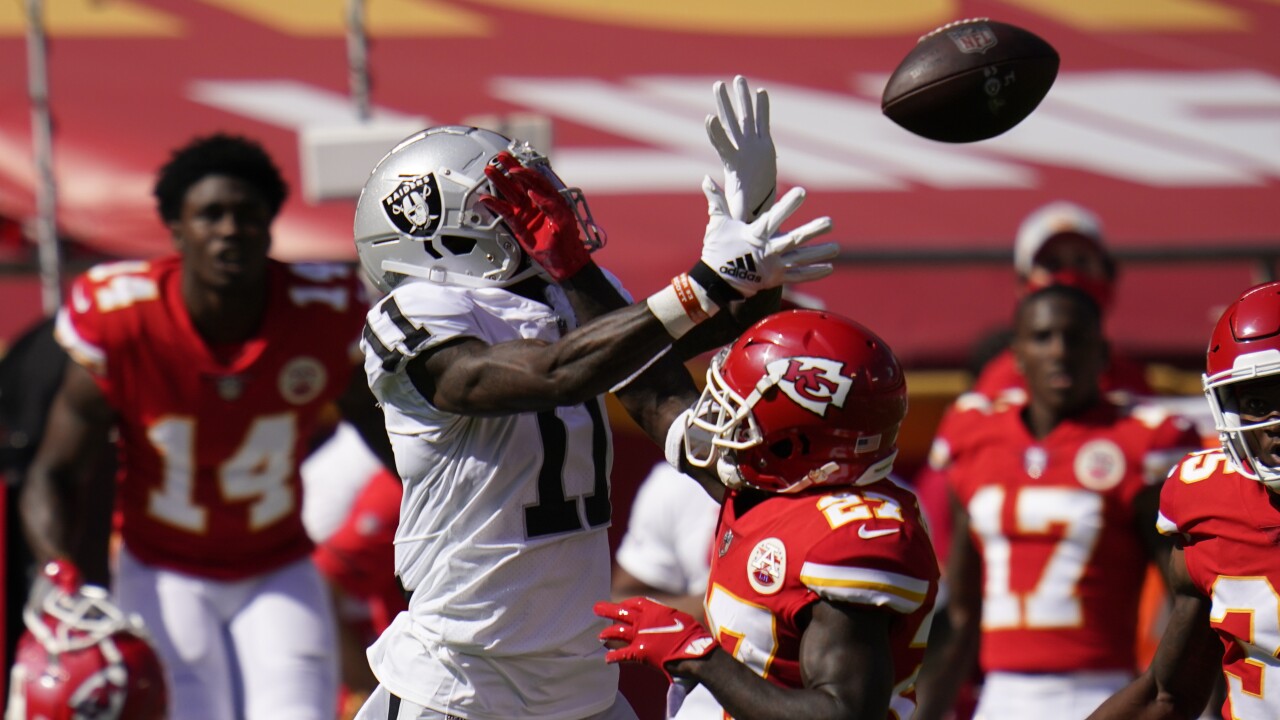 KANSAS CITY, Mo. — It’s no secret the Las Vegas Raiders' Week 5 win over the Kansas City Chiefs at Arrowhead Stadium left a sour taste in the mouths of many around Kansas City.

(And a victory lap around the stadium probably didn’t do much to ease tensions.)

Nevertheless, Kansas City emerges from its bye week 8-1 and looking to avenge the lone loss of the season Sunday in the desert.

“We’ve got to clean up a couple things that took place in the last game,” head coach Andy Reid started on the topic of the Raiders’ explosive plays.

Vegas converted seven plays for more than 20 yards when the rivals first met in mid-October. Jon Gruden’s offense grinded out 490 yards of total offense in the 40-32 win.

“We’ve got to limit the big plays. That’s definitely a focus for us,” linebacker Ben Niemann told the media via Zoom Friday.

“We looked at the film. It just comes down to execution,” he continued. “We’re looking to make strides from game one to game two against them.”