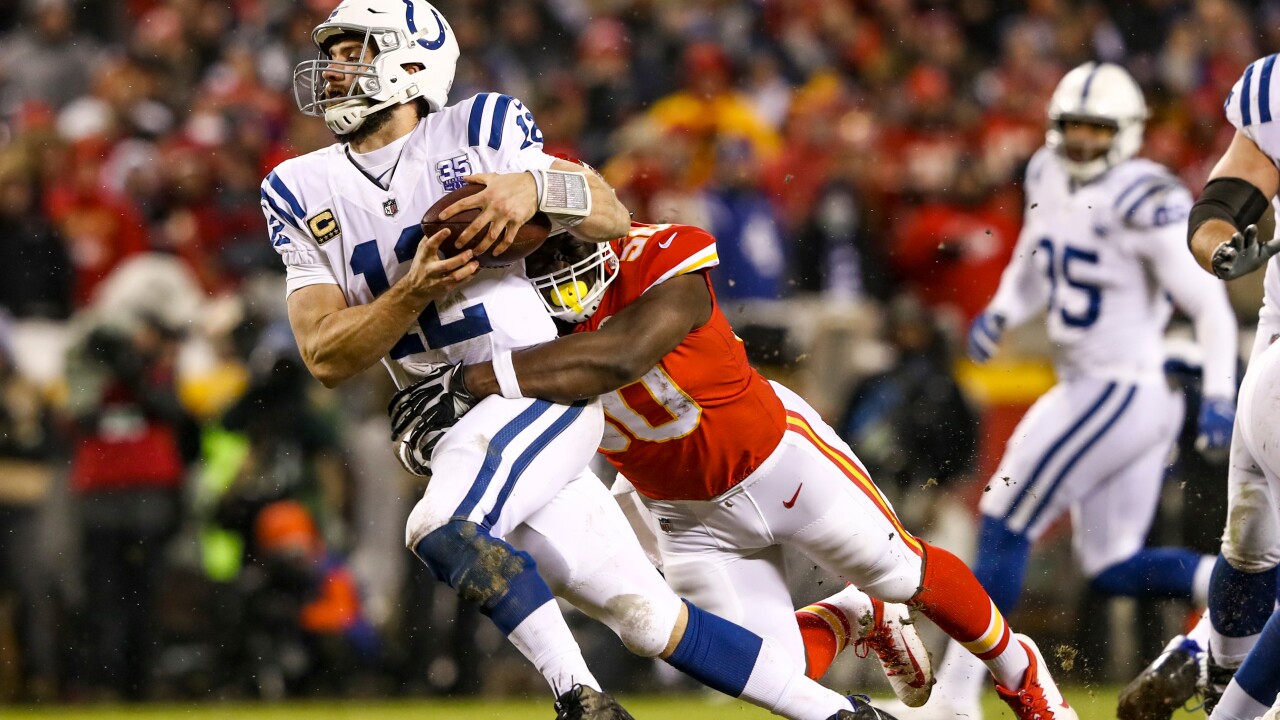 KANSAS CITY, Mo. — Ahead of the start of NFL free agency next week, the Kansas City Chiefs announced Sunday Justin Houston had been released.

“Justin has made a lasting impact on this franchise and I can’t thank him enough for his contributions over the years,” Chiefs general manager Brett Veach said. “These decisions are never easy. I have a great deal of respect for Justin as a player and person and I wish him and his family the best moving forward.”

According to Over the Cap, the move frees up $14 million in salary cap space for the Chiefs, who won a third straight AFC West title and reached the AFC Championship Game last season.

Houston, who played collegiately at the University of Georgia, originally joined the Chiefs as a third-round draft pick (No. 70 overall) in the 2011 NFL Draft.

“Over the last eight seasons we’ve had the ability to watch Justin grow into a leader on and off the playing field,” Chiefs Chairman and CEO Clark Hunt said in a statement. “His passion helped him become one the most successful pass rushers in franchise history. We appreciate his contributions to our team and community and he’ll always be considered a part of the Chiefs family.”

Houston recorded 10 or more sacks in three straight seasons from 2012-14, culminating in an All-Pro 2014 campaign when he finished a half-sack shy of the NFL single-season record.

After that season, Houston signed a then-record six-year, $101 million contract. He suffered a significant knee injury later that season and never quite regained his All-Pro form.

“I’ve been fortunate to get to know Justin over the last six seasons, and not only is he a talented football player, but he’s a tremendous person,” Chiefs coach Andy Reid said. “He really helped set the tone, and I appreciate the work he put in with us. I wish him the best as he continues his career.”

He remained a good player, but not one worthy of commanding an an average of more than $16 million per season for the final two years of his contract.

Houston can sign with any NFL team now and the Chiefs will carry $7.1 million in “dead money,” which counts against the team’s 2019 salary cap and can’t be used to sign other players.