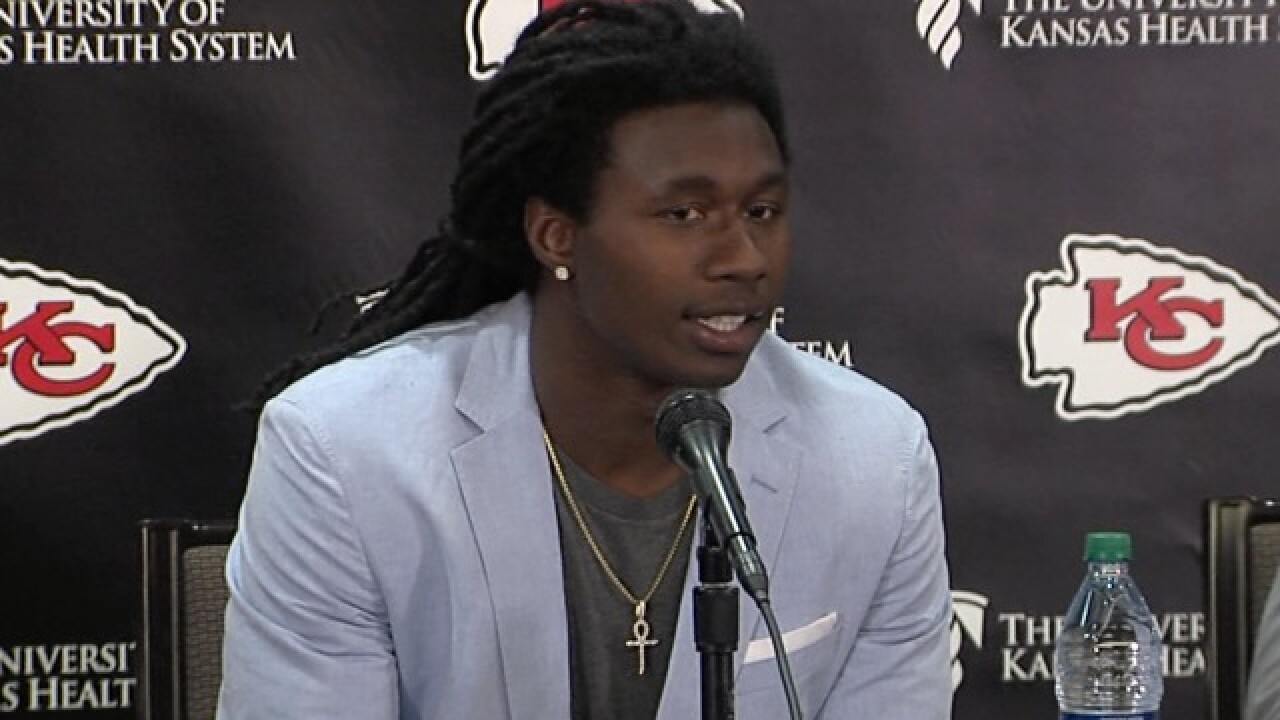 KANSAS CITY, Mo. — With the departures of longtime veterans and fan favorites, the Kansas City Chiefs have tried to make their offseason roster turnover about youth, speed and aggressive play — an approach coach Andy Reid underscored Thursday with the official introduction of new arrivals Sammy Watkins and Anthony Hitchens.

"We're so excited about the future, man, it's the energy level," Reid said. "We've got a great nucleus coming back, we've added some players that are top notch."

Second-year quarterback Patrick Mahomes headlines that young nucleus. Watkins adds depth to a receiving corps whose players are all 25 or younger.

Tyreek Hill and tight end Travis Kelce each topped 1,000 yards receiving last season and Kareem Hunt led the league in rushing as a rookie. Chris Conley and Demarcus Robinson add speed at wideout. The addition of Watkins marks a concerted effort to surround Mahomes with an array of options during his first year as a starting quarterback.

"I just need to put the ball in their hands and they'll all make the plays," Mahomes said.

General manager Brett Veach was first to acquire Watkins from Buffalo last summer, only to see the Los Angeles Rams outbid him. Watkins hauled in 39 catches for 593 yards and eight touchdowns while bouncing back from a broken bone in his foot that limited him to eight games in 2016.

Veach finally got his man with a three-year, $48 million deal. He said he believes Watkins can blossom in Kansas City with a full offseason program developing chemistry with Mahomes.

For Watkins, he enters an offseason healthy and happy for the first time in his career.

"I just feel like I've got more in my tank," Watkins said. "I haven't been to any minicamp or ever been able to attend any OTAs, so I feel like I can get a head start and be the best version of myself. Just to do it here is a pleasure because I had an opportunity to come to a team that really wanted me and I really wanted to be here."

Hitchens comes to Kansas City via Dallas, where he racked up a career-high 84 tackles last season. The Chiefs expect the 25-year-old linebacker to fill the void left by Derrick Johnson, the franchise's all-time leading tackler.

"That's a guy I looked up to through college and high school," Hitchens said of Johnson. "Him and Ray Lewis were my favorite two guys. To be able to play the same position in the same defense as him is a blessing."

"Hitch has that ability like D.J. did to get small and has that feel of getting into those tight cracks and making those tackles that you saw D.J. do," Reid said. "He's also a good cover guy."

The Chiefs will look different in a lot of places next season. Mahomes replaces Alex Smith, who was traded to Washington. Two-time Pro Bowl cornerback Marcus Peters was dealt to the Rams for draft picks and, besides Johnson, the Chiefs also parted ways with Tamba Hali, who ranks second only to Derrick Thomas in career sacks. Safety Ron Parker is gone, too.

Reid, however, is looking forward to his 20th season as head coach.

"We're fired up about this whole thing," Reid said. "You know I'm not great at standing up and saying, 'Hey, you know, here we go.' But I'm ready to roll and we're sitting here in March."