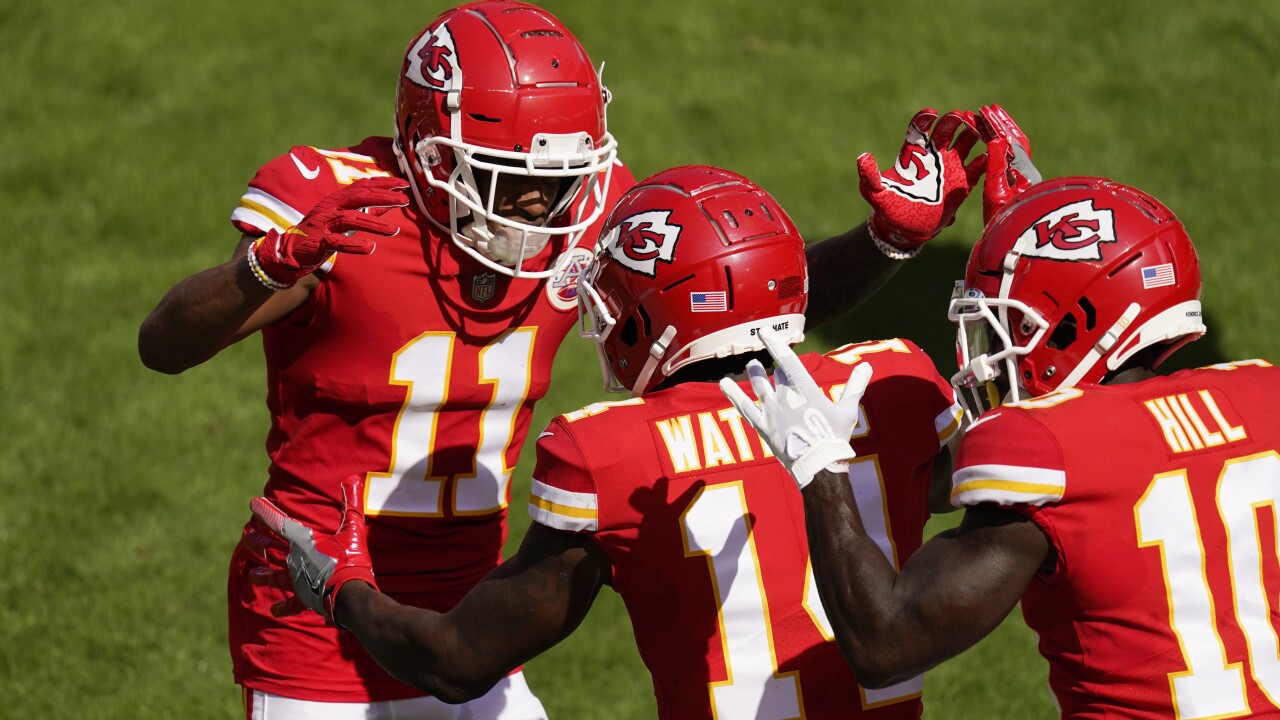 The veteran wideout made great strides on Wednesday for a return to game action on Sunday against the Raiders in Las Vegas.

Watkins hasn't played since Week Five when he sustained a hamstring injury that forced him to leave the Chiefs/Raiders game – the last and only time the Chiefs suffered a loss this season.

Before his injury, Watkins put up 21 catches for 222 yards and two touchdowns.

Chiefs quarterback and Super Bowl MVP Patrick Mahomes spoke Wednesday about his teammates, hoping one of his favorite targets will be back on the field Sunday.

“He’s a treat in every way," Mahomes said of Watkins. "The way he is able to catch the ball in traffic, the way he is able to have his breakaway speed and still be able to score and be a good body. He’s someone we utilize a lot in this offense, so we hope he is back out there and we can incorporate him in the good stuff we’ve been doing lately and he will be up to speed and ready to go.”

In other wide receiver news, Mecole Hardman remains on the Reserve/COVID-19 List, while fellow wideouts Tyreek Hill, Demarcus Robinson and Byron Pringle all are expected to play Sunday and are not listed on the Injury Report.