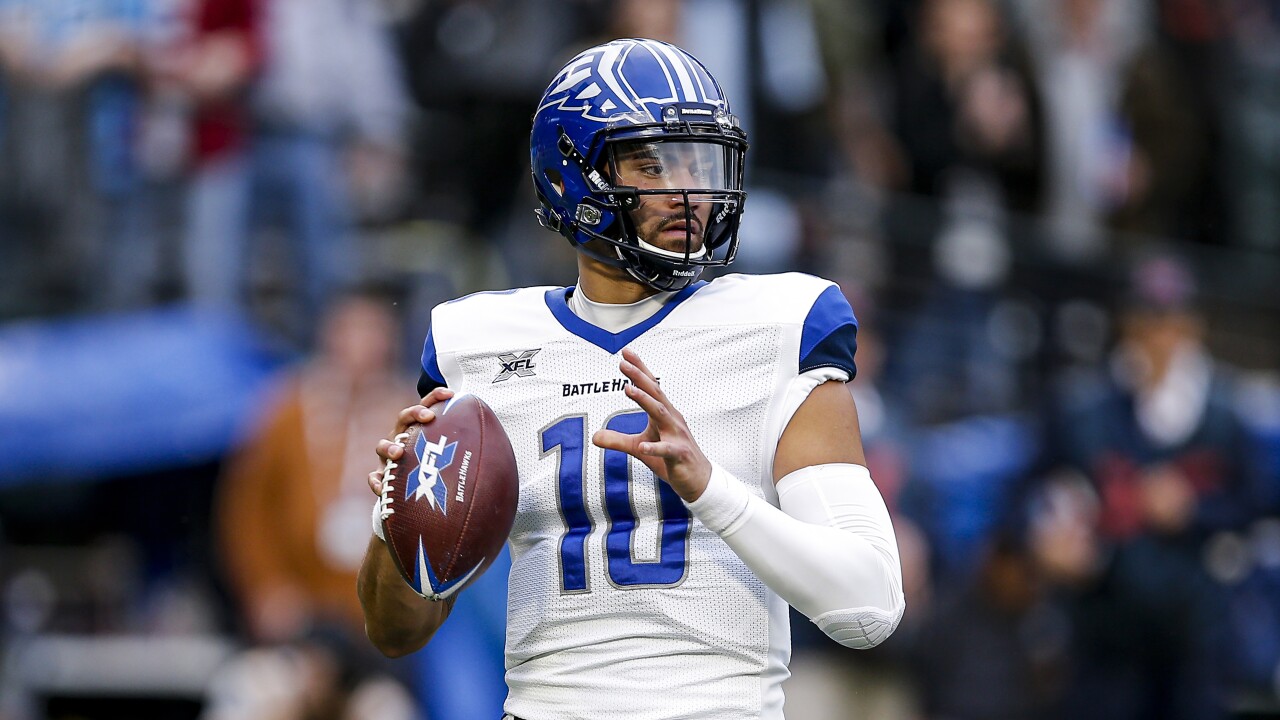 KANSAS CITY, Mo. — The Kansas City Chiefs have agreed to a one-year contract with Jordan Ta'amu, the highest-rated quarterback during the abbreviated XFL season.

He will compete with veteran Chad Henne for a backup job next season.

The 22-year-old Ta'amu was undrafted out of Mississippi last year and spent time in training camp with the Texans. He was released in August and signed with the St. Louis Battlehawks.

He led the XFL with an 82.8 passer rating and 72.4% completion percentage and was third with 1,050 yards passing in five games.