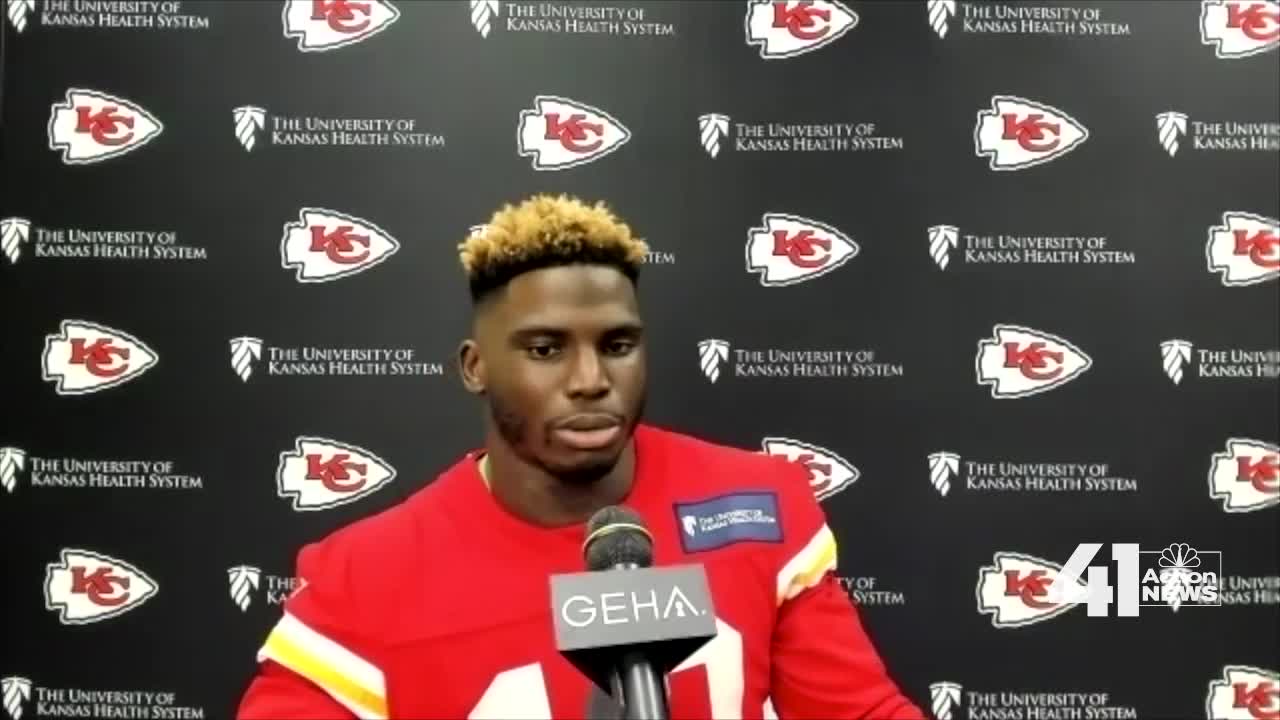 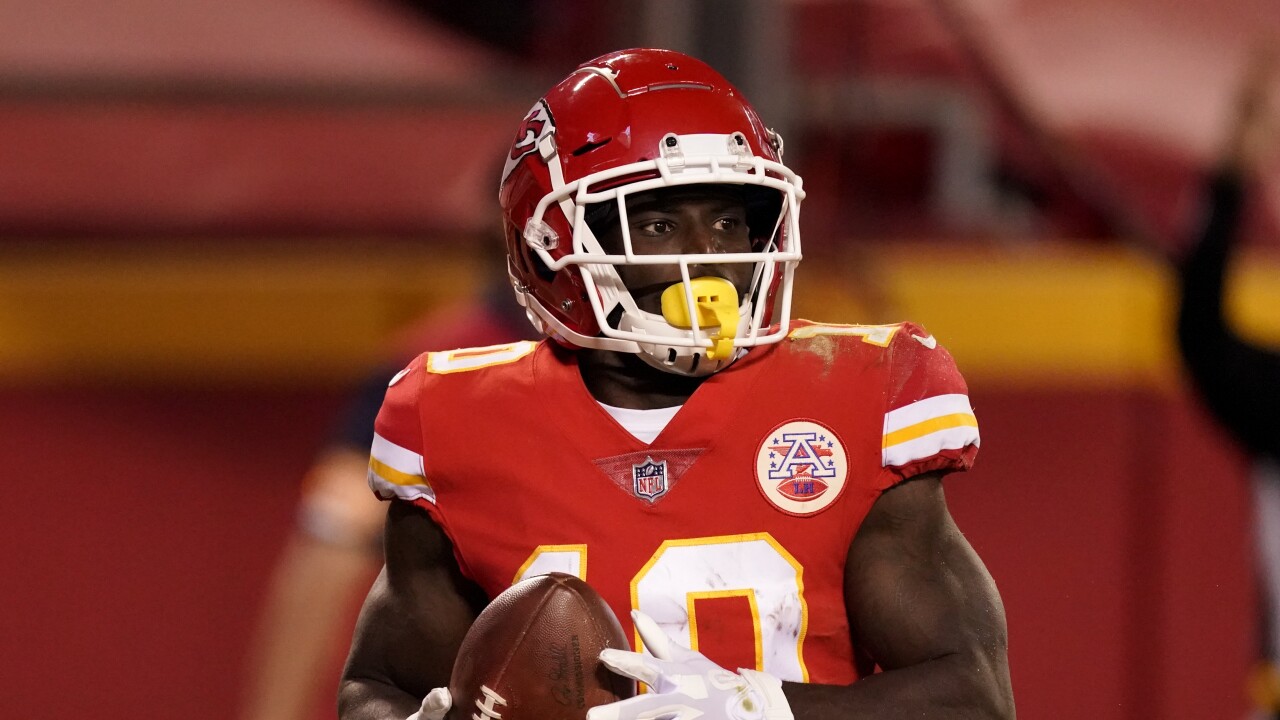 On Wednesday, the Tennessee Titans and New England Patriots reportedly had more players test positive for the virus.

No positive tests today with Chiefs, who played Patriots on Monday night.

The Las Vegas Raiders also have a player who reportedly has the coronavirus.

In order to stay healthy and keep playing, Hill reiterated controlling what he can by wearing a mask, an added extra protection.

“I’m even doing, like, double masks today," Hill said. "So I got a mask, and I got the Coach Reid visor going today."

Heading into Sunday’s scheduled game against the Raiders, Hill spoke on how opposing defenses are dealing with the Kansas City receiving core and trying to contain the Chiefs' ability to earn deep yardage.

“Teams are more aware of us," Hill said. "We’re not seeing as much man-coverage as we usually see. It’s more zone thoughts trying to slow us down. We’re still fast. We still can catch. We still got all of that, but sometimes some teams just play not to give up the deep shot.”

Through the first four games of the season, Hill has recorded 286 yards receiving with four touchdowns.