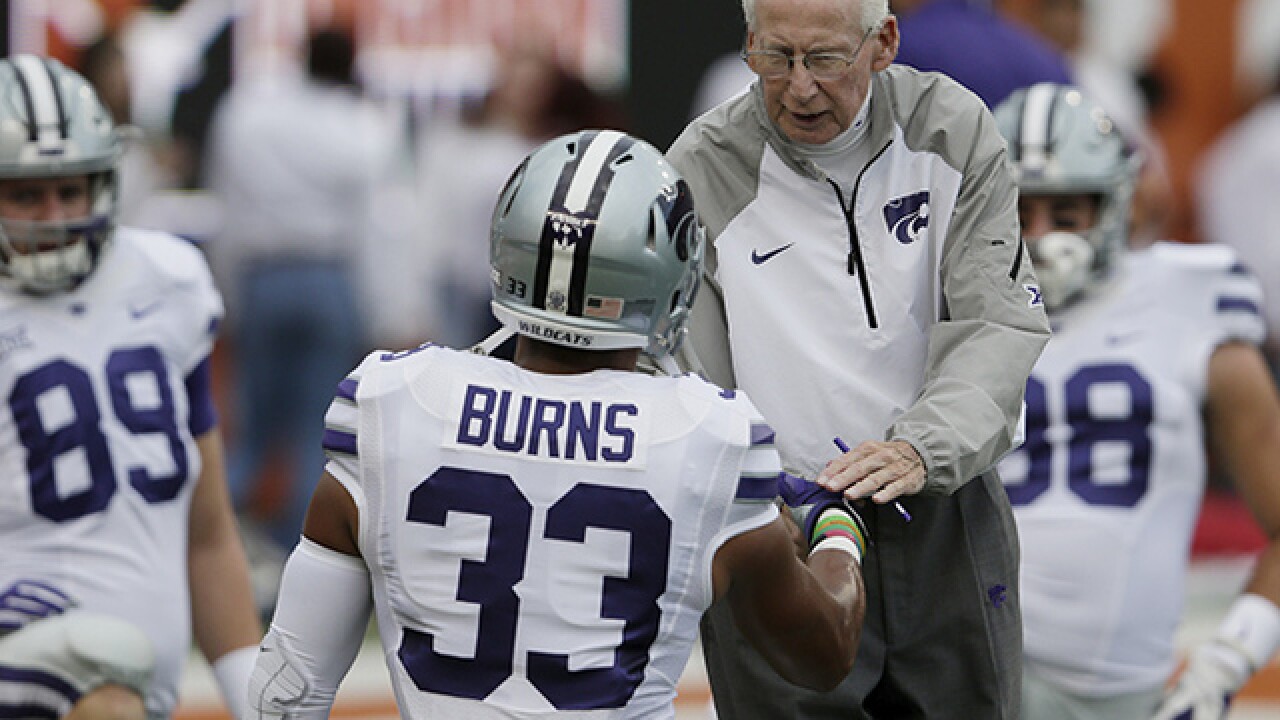 Instead, the legendary Wildcats’ coach signed a contract extension through the 2022 season, the school announced Thursday afternoon.

K-State will pay Snyder $3.45 million for the upcoming season, his 27th roaming the sideline in Manhattan, with built-in $300,000 raises each of the next two seasons.

After the 2020 season, the new contract includes a renegotiation clause to determine Snyder’s salary for the final two years of the deal — which was approved Aug. 8, 2018, by the K-State Athletics Inc. Board of Directors.

“I am grateful for the opportunity to continue and will do so as long as I am healthy and feel that I am having a positive impact on our university, community and football program and the young men that are involved,” Snyder said.

Prior to Snyder’s arrival, the Wildcats had only appeared in one bowl game — a 14-3 loss against Wisconsin in the 1982 Independence Bowl — but he’s guided the program to 19 bowl games since 1993.

Ron Prince led K-State to the only other bowl game in program history, a 37-10 loss against Rutgers in the 2006 Texas Bowl.

“It has been a pleasure watching our football program up close over the past year and seeing one of the greatest coaches in the history of college football continue to positively impact student-athletes while also producing winning seasons on a yearly basis,” Kansas State athletic director Gene Taylor said in a statement. “With this new contract, we felt that it was important to recognize his commitment to our football program, and we look forward to his continued leadership.”

Among other annual benefits stipulated in Snyder’s contract is 12 hours of private plane use and $50,000 for business-related expenses.

He also receives a minimum of $50,000 for bowl qualification among a series of possible bonuses.
Snyder, whose Wildcats play their home games at Bill Snyder Family Snyder Stadium, took over a moribund KSU in 1989.

During 77 seasons before Snyder’s arrival, the Wildcats won more than six games only four times and only once from 1935-88.

KSU finished 8-5 last season, including a 35-17 victory against UCLA in the Cactus Bowl.

The program won 11 games in six of seven seasons from 1997-2003 and has averaged more than eight wins during the last eight seasons with a bowl appearance each year.

He was enshrined in the Kansas State Hall of Fame in 2008.

The Wildcats open the season Sept. 1 against South Dakota in Manhattan. The game will be streamed on ESPN3.