KSU hopes for magic against No. 12 Mountaineers 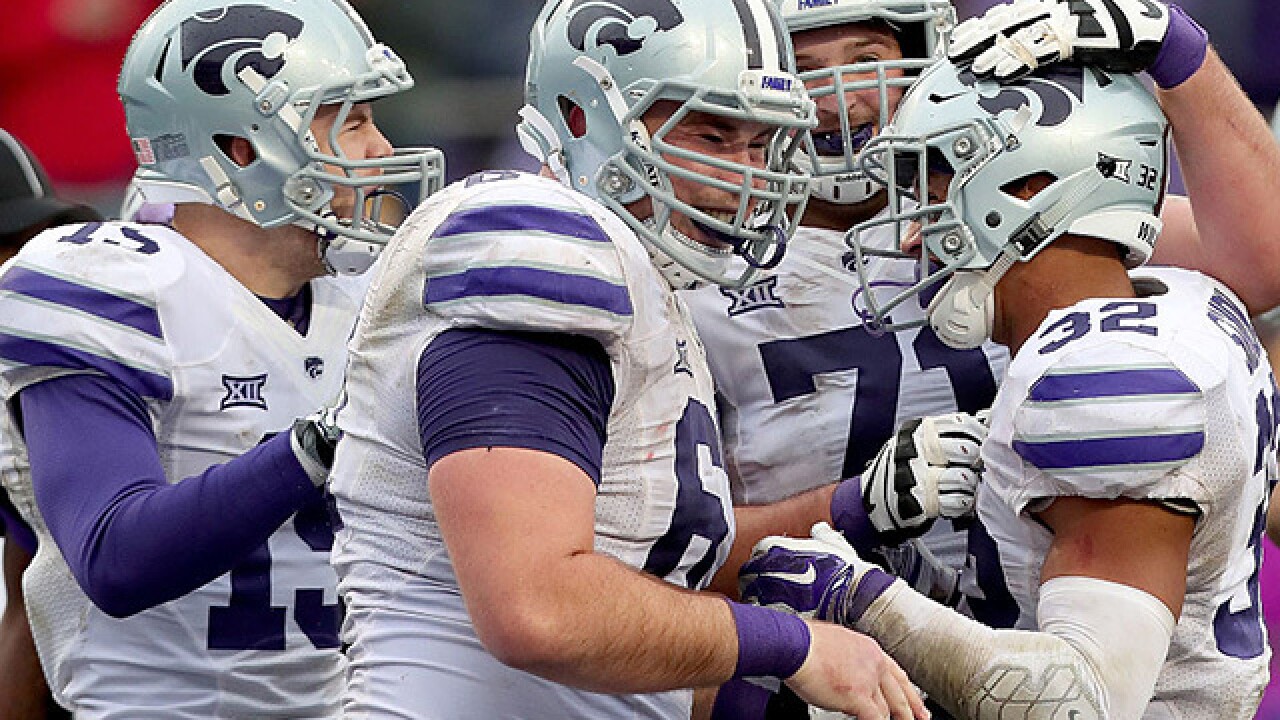 KANSAS CITY, Mo. -- K-State offensive lineman Dalton Risner will be a head coach someday. Or, at least, he sounds like one.

"If we keep our offense on the field, that's going to be tough on their defense."

Risner is speaking about #12 West Virginia, who the Wildcats play this Saturday.

"I feel like West Virginia could go against any defense in the country and put points up," says Risner. "So our job is on the offense; we need to dominate the time of possession. How we do that is make sure we're effective in the run game."

That's the strategy. Now can the Wildcats execute it? The K-State offense has been slow-to-go in their three games this season.

"We know we're going to see cover-3. We're just going to have to beat a lot of stuff, I guess," says wide receiver Dalton Schoen.

The Wildcats made a change offensively against UTSA, moving offensive coordinator Andre Coleman from the press box down to the field.

"We need to be effective in the run game, dominate the time of possession and make sure that we can also pass the ball to keep them honest," says Risner.