Azubuike withdraws from draft, set for junior year at Kansas 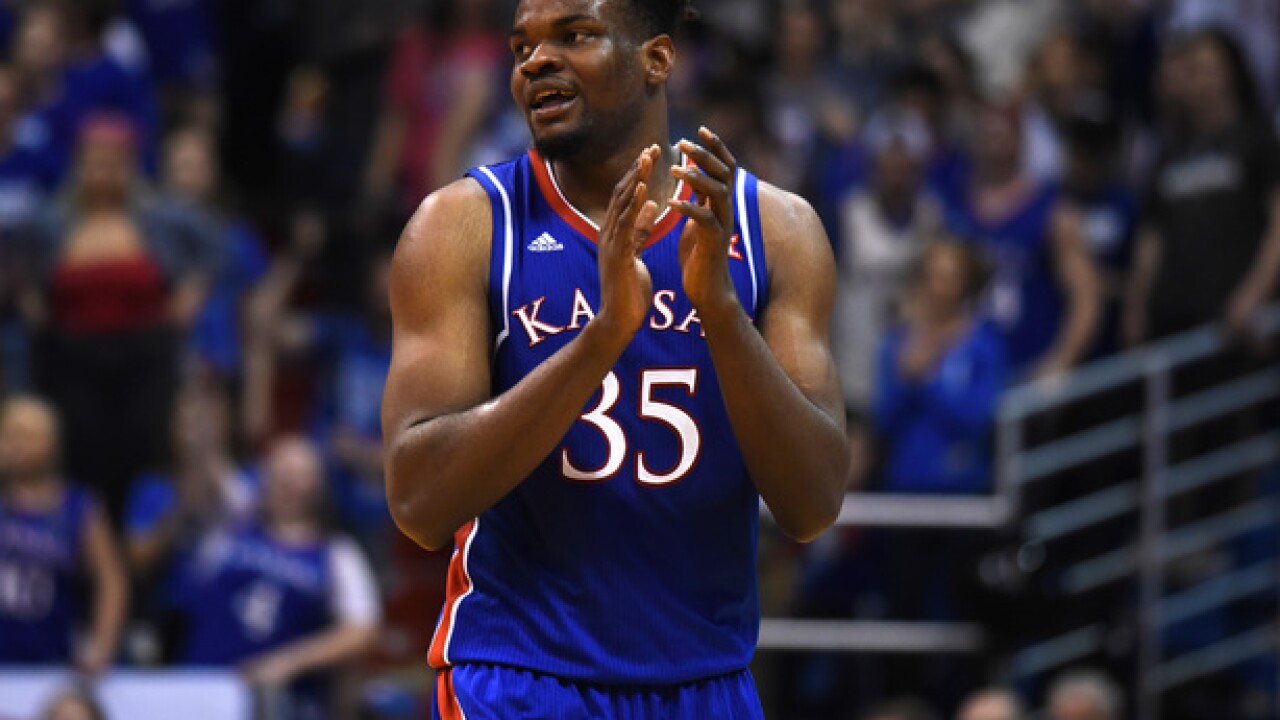 Image copyright 2018 Getty Images. All rights reserved. This material may not be published, broadcast, rewritten, or redistributed.
Ed Zurga
<p>LAWRENCE, KS - FEBRUARY 17: Udoka Azubuike #35 of the Kansas Jayhawks starts to celebrate in the final second during a game against the West Virginia Mountaineers at Allen Fieldhouse on February 17, 2018 in Lawrence, Kansas. Kansas won 77-69. (Photo by Ed Zurga/Getty Images)</p>

LAWRENCE, Kan. (AP) — Kansas forward Udoka Azubuike withdrew his name from the NBA draft on Wednesday, choosing to return for his junior season after participating in the combine.

The 7-footer from Nigeria started 34 games last season, averaging 13 points and seven rebounds. He shot 77 percent from the field, a Big 12 record and the best mark in the nation.

Azubuike is a traditional back-to-the-basket big man, and scouts have wondered how his skills would transfer to the NBA. The league's up-tempo pace and the value placed on big men who can shoot from outside go against his strengths, and developing an outside shot will likely be an emphasis at Kansas.

Azubuike said in a statement that he received "good feedback from many sources around the NBA over the last month." He did not hire an agent and had until Wednesday's deadline to withdraw.