Every KU game to be televised for the 27th consecutive year 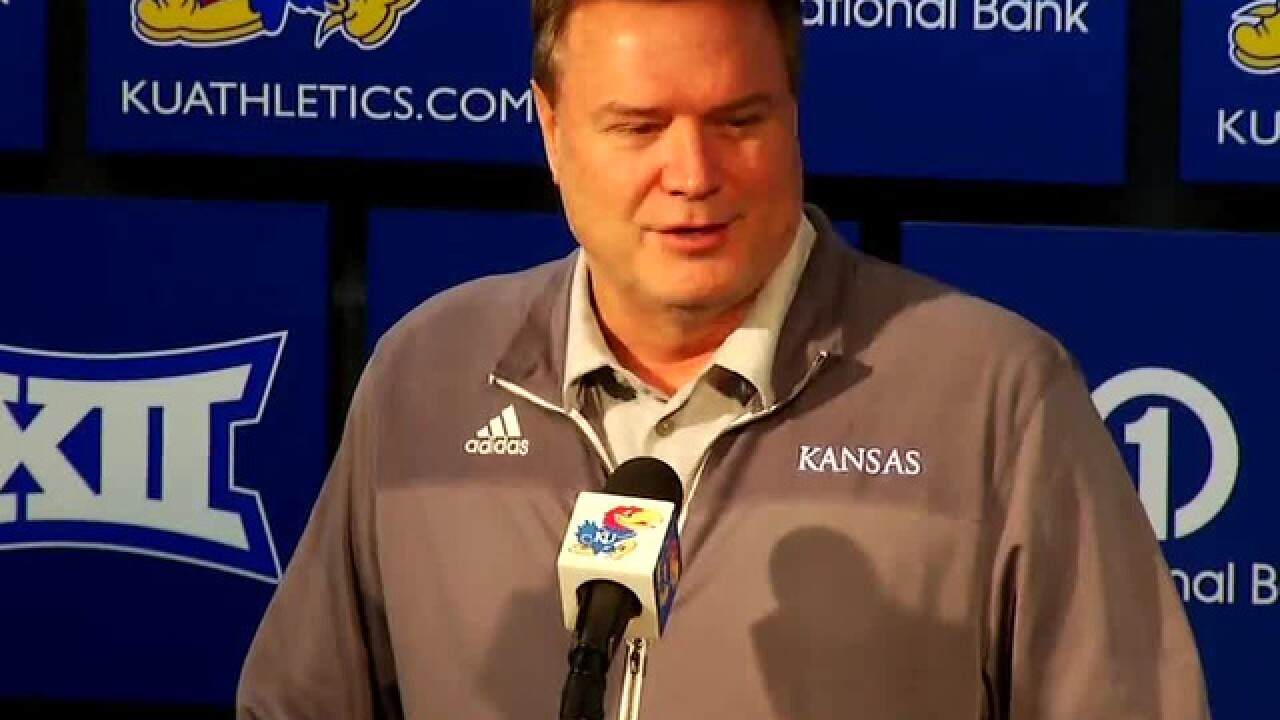 Kansas will have 31 of its 33 contests televised on the ESPN family of networks. Those 31 games will also be available via the ESPN app. Among those 31 games are the six games (two exhibition, four early-season) produced by the Jayhawk Television Network. KU fans can now see those six games throughout the state of Kansas and in the Kansas City Metro Area on KMCI (38 The Spot, Kansas City), Spectrum Sports, Midco Sports Network, and Cox Cable. They will also be available blackout-free, nationwide on ESPN+.

The Big 12 opener for Kansas will be against Oklahoma on Wednesday, Jan. 2, in Allen Fieldhouse. Kansas, 14-time defending Big 12 regular-season champion, will play each conference foe twice in the round-robin format that began in 2011-12.

Kansas released its non-conference schedule in June. It features contests against perennial powers Michigan State to open the regular season Nov. 6 in Indianapolis in the Champions Classic, Marquette in the Preseason NIT on Nov. 21 in Brooklyn, and either Tennessee or Louisville in the NIT two nights later. Additionally, the Jayhawks will host Stanford Dec. 1, and defending NCAA champion Villanova Dec. 15, in Allen Fieldhouse. KU will play at Arizona State (Dec. 22) and at Kentucky (Jan. 26) in the Big 12/SEC Challenge.

Preseason top-5 in most outlets, Kansas returns two starters and six letterwinners from last season's 31-8 team that advanced to KU's 15th Final Four and won an NCAA-record-breaking 14th-straight regular-season conference title, a streak which started in 2004-05. The 2017-18 Jayhawks also won the Big 12 Tournament and the Hoophall Miami Invitational. KU entered the 2018 NCAA Championship as a No. 1 seed for the third-straight and eighth time in school history.

Kansas welcomes nine newcomers, three of whom have been in the program for more than a year. Junior forward Dedric Lawson and his brother, sophomore K.J. Lawson, transferred from Memphis following the 2016-17 season, as did sophomore guard Charlie Moore from California. Three other newcomers - guards Devon Dotson and Quentin Grimes, and forward David McCormack - had stellar high school careers in 2017-18, culminating in their being named McDonald's All-Americans. Additionally, Kansas City standout guard Ochai Agbaji will attempt to have an immediate impact his freshman year at KU.