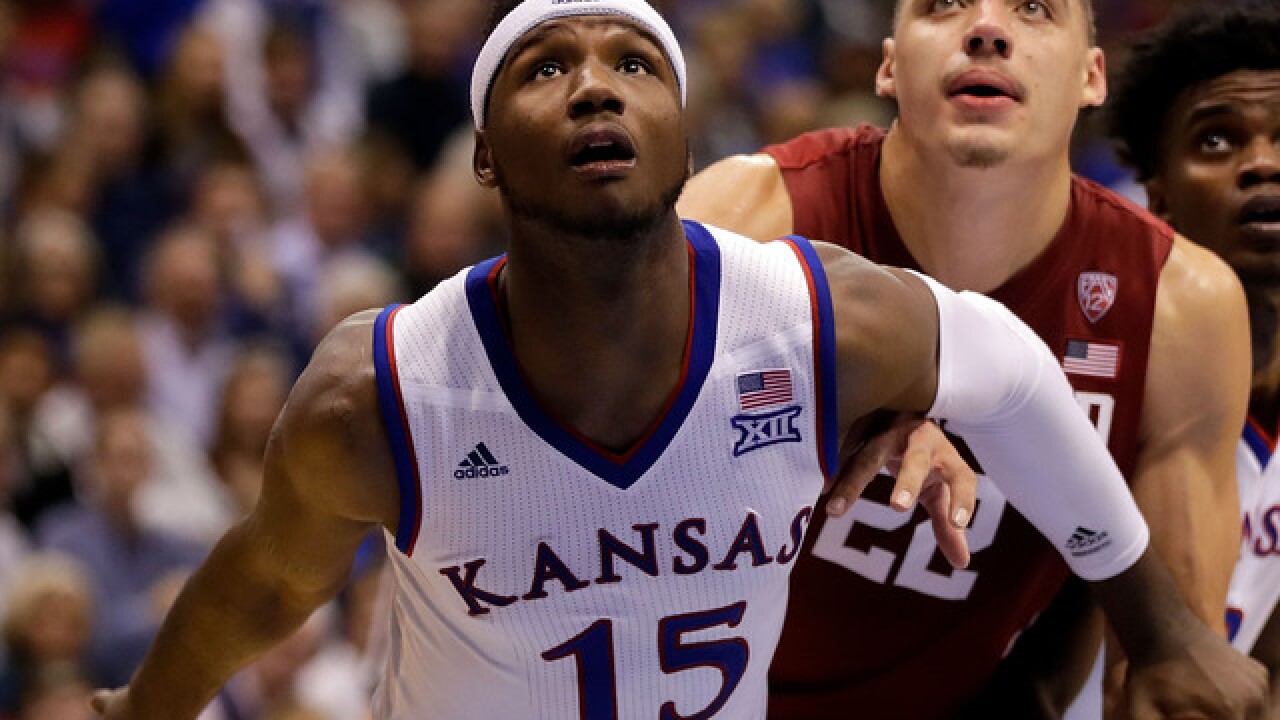 Copyright Getty Images
Jamie Squire
<p>LAWRENCE, KS - DECEMBER 03: Carlton Bragg Jr. #15, Lagerald Vick #2 of the Kansas Jayhawks, and Reid Travis #22 of the Stanford Cardinal box out during a free throw in the game at Allen Fieldhouse on December 3, 2016 in Lawrence, Kansas. (Photo by Jamie Squire/Getty Images)</p>

KU head coach Bill Self says Bragg will suit up and play in Monday night's game against Kansas State University.

Last week, Bragg entered into a diversion agreement on a drug paraphernalia charge.

The paraphernalia was found last month while university police were investigating a reported rape at McCarthy Hall, which houses the basketball team on campus. Five other KU players are listed as witnesses on the police report in the assault case, which involves a 16-year-old girl.

The drug case is not related to the alleged rape case at the housing complex, which is located next door to Allen Fieldhouse.