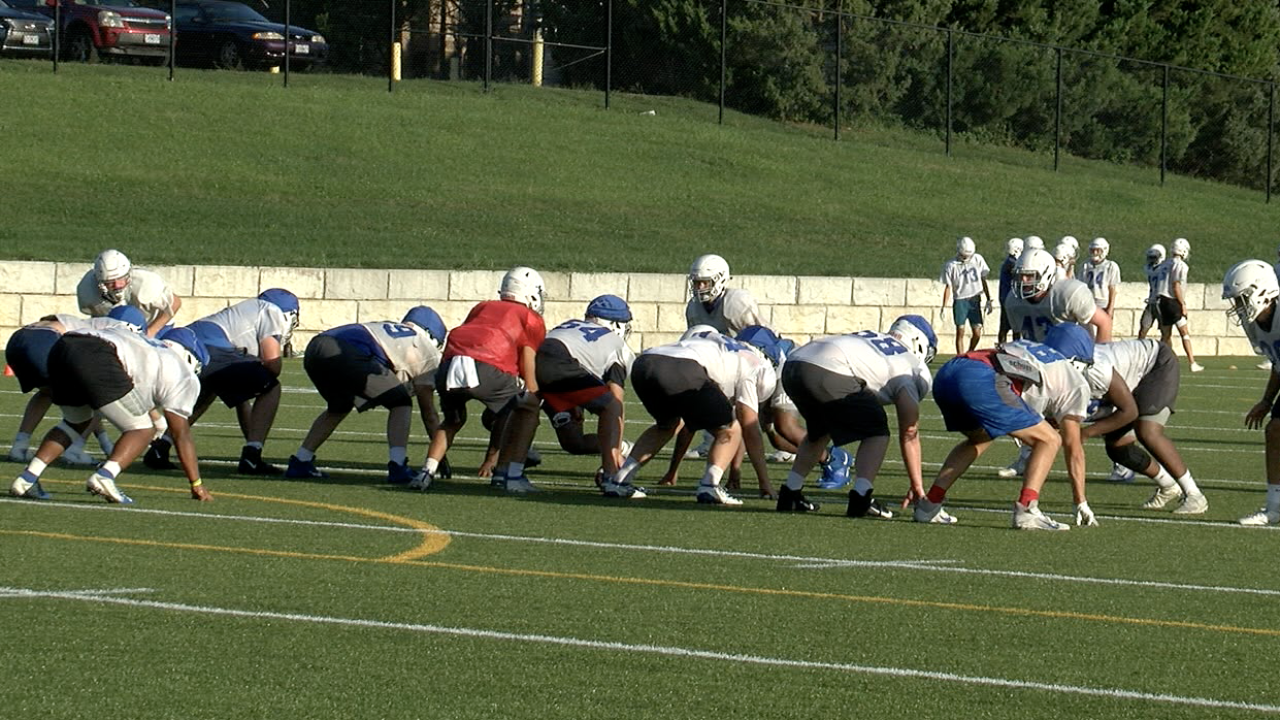 KANSAS CITY, Mo. — A player on the Rockhurst High School football team has tested positive, forcing the end of the season just days before the team was set to compete in the Missouri high school football playoffs.

"It is with sadness, but hope in looking to the future, that Rockhurst High School will forfeit the remainder of its 2020 varsity football season," a district spokesman said in a statement. "In collaboration with the Kansas City, Missouri Health Department, it was determined that varsity football competition should be ceased due to a positive COVID-19 case within the program. The final conclusion made between Rockhurst and the Health Department was that all team members must be quarantined for two weeks following the positive case, resulting in a forfeit of this Friday's District Quarterfinal game."

The Hawklets were slated to play the Joplin Eagles on Friday in the Missouri State High School Athletic Association Class 6, District 3 playoffs.

It’s not the first time the team has had to navigate COVID-19 during the season.

Games against De Smet Jesuit on Oct. 9 and Christian Brothers on Oct. 16 were both canceled. Rockhurst played St. James Academy instead on Oct. 9. The Oct. 16 game was not made up.

Additional details about the positive test and any players required to quarantine from either Rockhurst or Blue Springs were not immediately known.

With the season now over, Donohoe finished his first season with the Hawklets with a 5-3 record.

This is a developing story and may be updated.