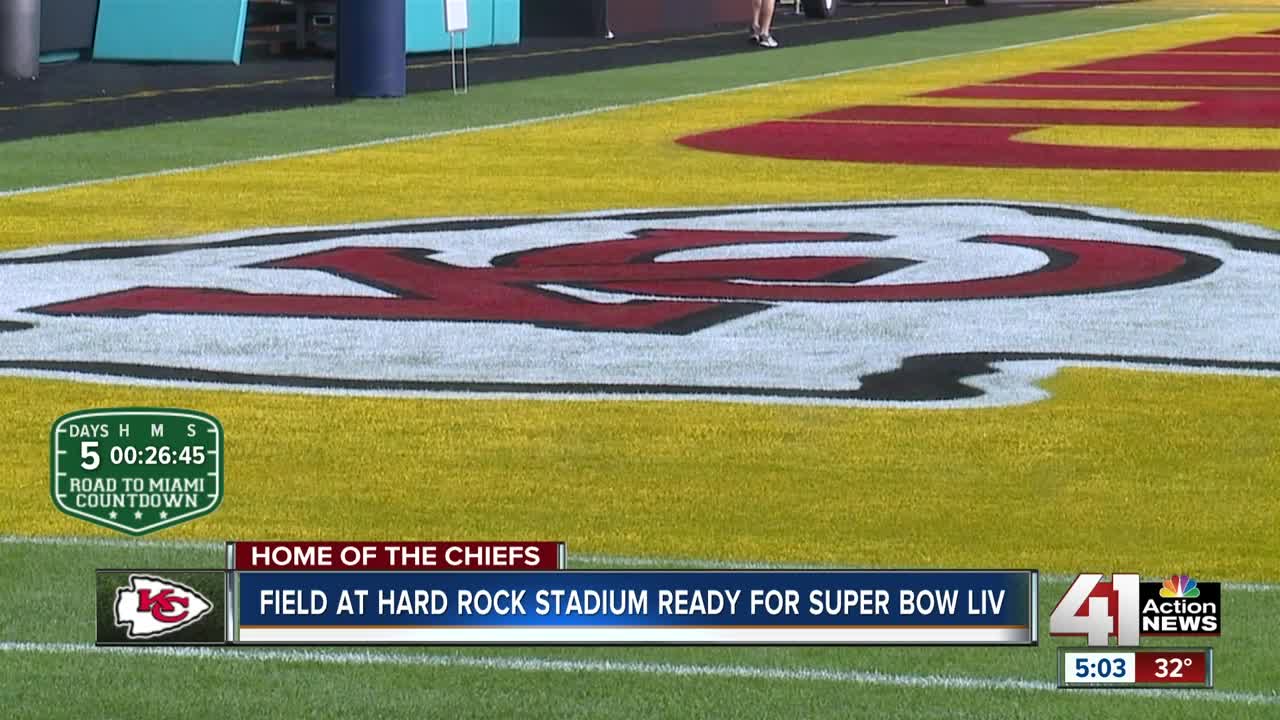 Super Bowl LIV will be the first game ever played on the field at Hard Rock Stadium in Miami. Crews completely resurfaced the field in preparation for the game, halftime show and celebration. 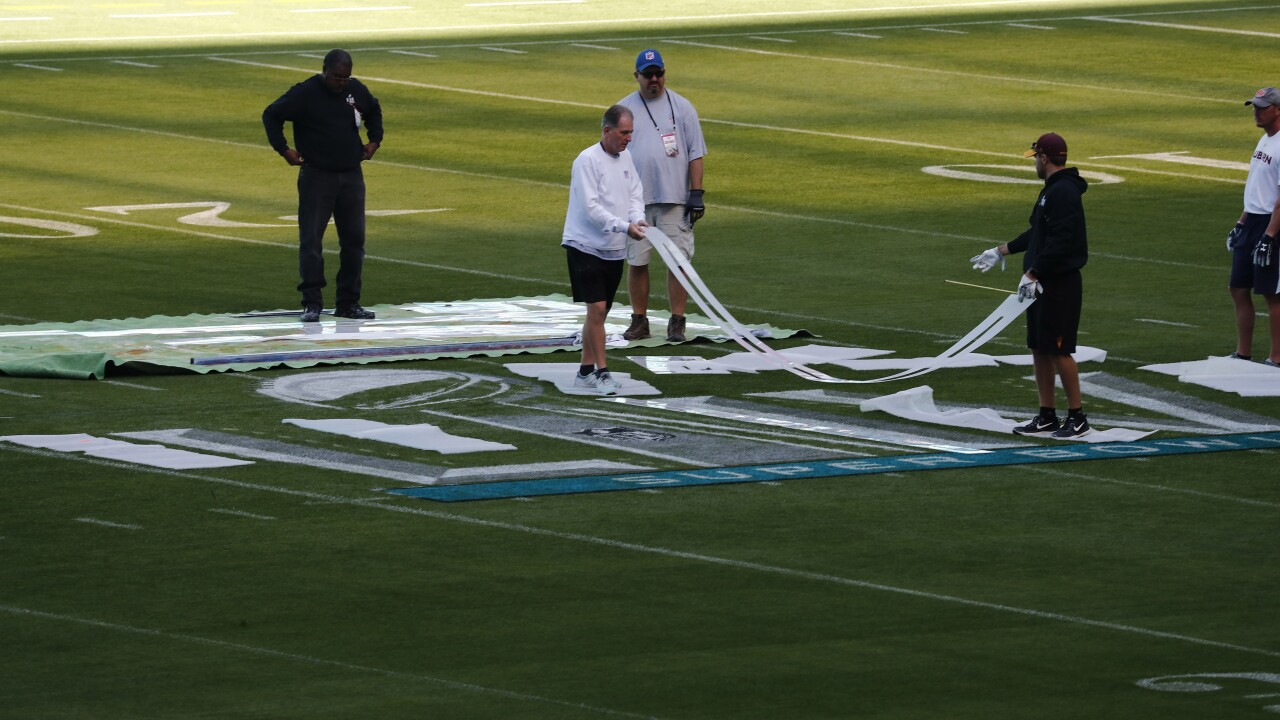 MIAMI GARDENS, Fla. — Super Bowl LIV will be the first game ever played on the new field at Hard Rock Stadium in Miami.

Ed Mangan and his grounds crew completely resurfaced the field in preparation for the game, halftime show and celebration.

Mangan said it's important that the playing field is durable for pregame festivities as well — so a field that's already seen eight regular-season games wouldn't do.

"We started this grass almost two years ago in preparation for this, so it's not something produced everyday in a natural environment," Mangan said. "This is a special type of grass."

A famous former Arrowhead Stadium groundskeeper, perhaps the most famous grass guru in the world, also was in Miami for his 54th Super Bowl.

Yes, George Toma has been to every single Super Bowl ever played, helping oversee field preparations.

Of course, he's hardly objective. Toma said he's pulling for the Chiefs to win, partly because he once worked for the organization and partly in hopes the team can honor the late Lamar Hunt, who founded the franchise and moved it to Kansas City in 1963.