Bieniemy: 'We drafted Clyde for a reason' 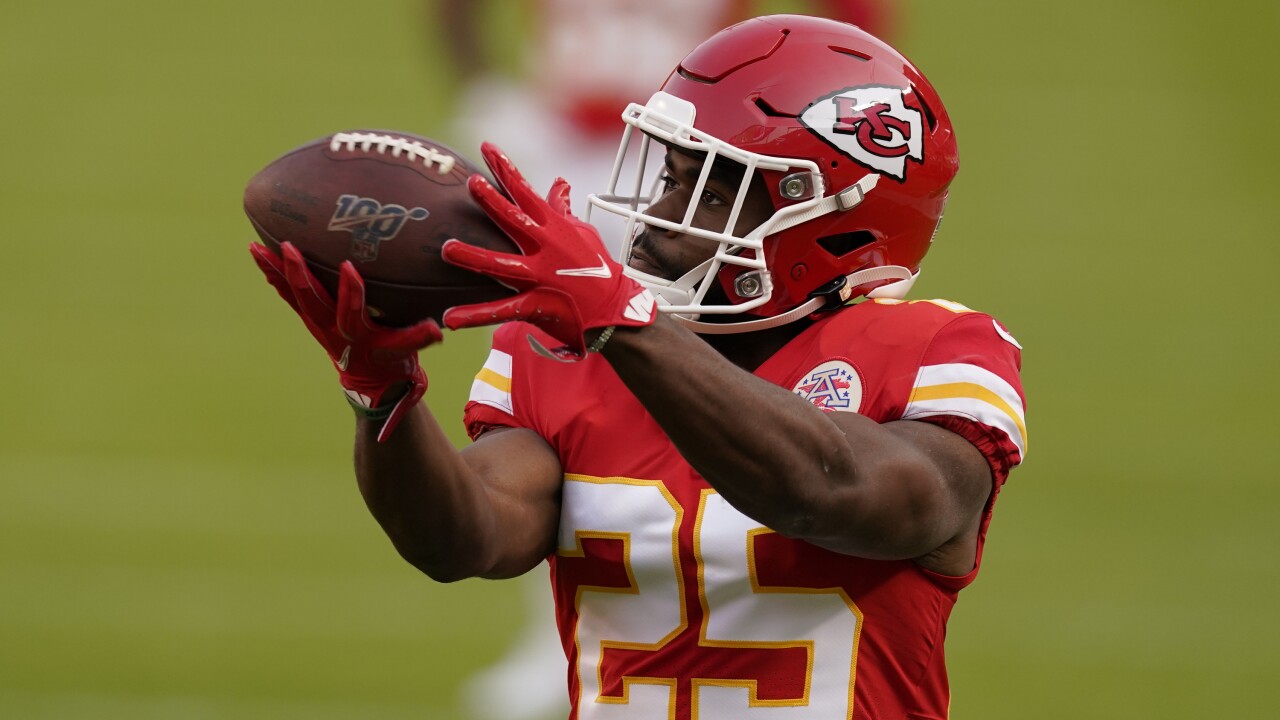 KANSAS CITY, Mo. — Le’Veon Bell has yet to strap on the pads for the Kansas City Chiefs but is already making waves in the City of Fountains.

“We drafted Clyde for a reason,” Chiefs Offensive Coordinator Eric Bieniemy said, dispelling any notion Bell’s arrival would spell the end of the line for KC’s 2020 first-rounder Clyde Edwards-Helaire.

“Clyde is doing a heck of a job,” he continued. “You gotta understand this is a rookie and he just completed week five."

Bell’s signing surely adds a veteran presence to the running backs unit. The 7-year vet’s standout season came in 2014, where he accounted for 2,215 yards from scrimmage and 11 touchdowns while starting all 16 games.

Since then, the former Michigan State Spartan has been hampered by injury and questions regarding his on-field work ethic following a contract dispute which kept him out the entirely of the 2018 season.

Bieniemy says he and CEH spoke today about improving on the little things. "This is a team we're always looking to improve on."

I know many will wonder what this means for Clyde Edwards-Helaire. It gives him a mentor in the RB room. A guy who has done it at a high level that he would have had in Williams . It allows CEH time to develop in a unique year where he lost thousands of offseason reps.

“This is a team that we're looking to always make sure that we're keeping pockets loaded because we want to be at our best at all times,” Bieniemy continued on Bell.

He will reportedly undergo six consecutive days of COVID-19 testing before joining the team.

Until then, EB says Edwards-Helaire will continue to see a large role on the offense, including Monday night in Buffalo.