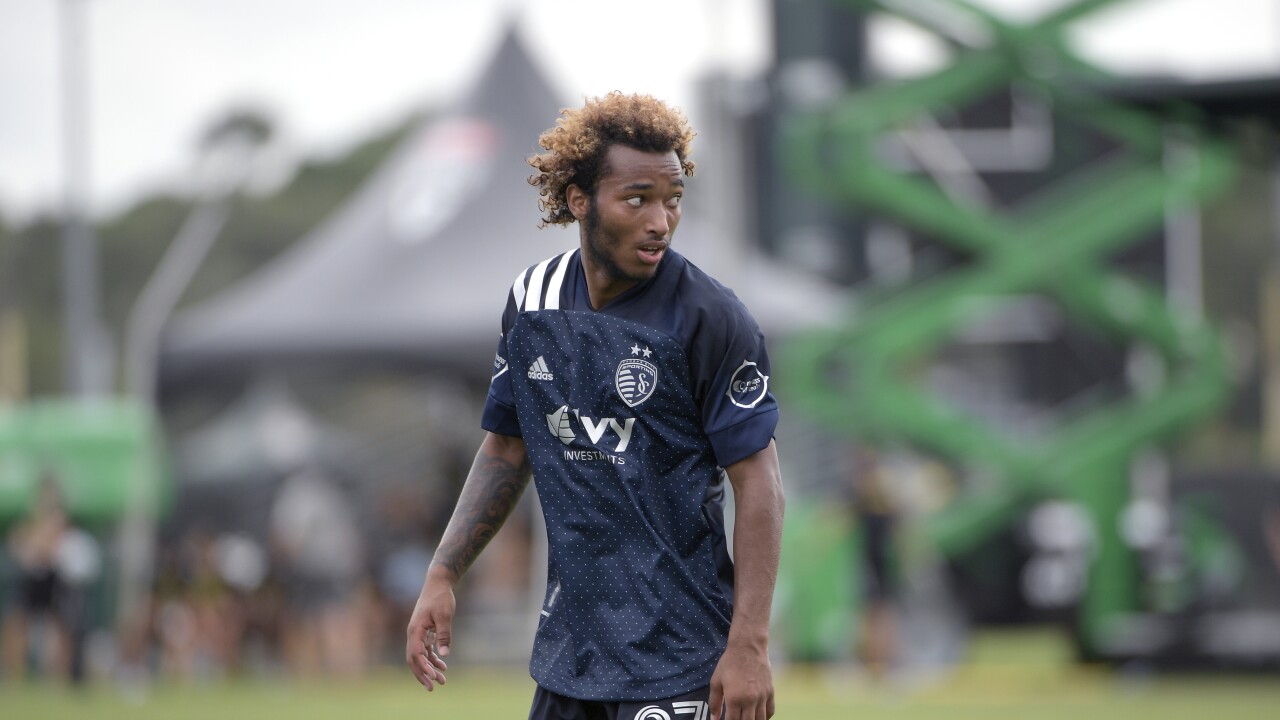 (Copyright 2021 The Associated Press. All rights reserved. This material may not be published, broadcast, rewritten or redistributed.)
Phelan M. Ebenhack/AP
Sporting Kansas City forward Gianluca Busio (27) sets up for a play during the second half of an MLS soccer match against the Real Salt Lake, Wednesday, July 22, 2020, in Kissimmee, Fla. (AP Photo/Phelan M. Ebenhack)

After two starters went down with injuries in Saturday’s first half at Colorado, ‘The Academy’ was asked to shoulder the load.

Despite an early one-goal deficit, SKC held serve, scoring in the 67th minute off the boot of 18-year-old homegrown player Gianluca Busio, leaving Colorado with a crucial point and a comfortable seat atop the Western Conference.

“Each game, I think he gets better and better,” said manager Peter Vermes. “The goal was a great strike, and he has that quality in him.”

Roger Espinoza left the match in the 15th minute after a hamstring injury and was replaced by homegrown midfielder Felipe Hernandez. Vermes said extended minutes for young players is part of the club's management of a "complex schedule."

“Those guys are holding their own,” Vermes said.

Colorado played with a man advantage after Gadi Kinda was sent off in the 78th minute on a second yellow card.

“[To] be able to close it out being a man down showed a lot of grit for the team,” Vermes fished.