Chiefs are undefeated in the coin toss, 9-0 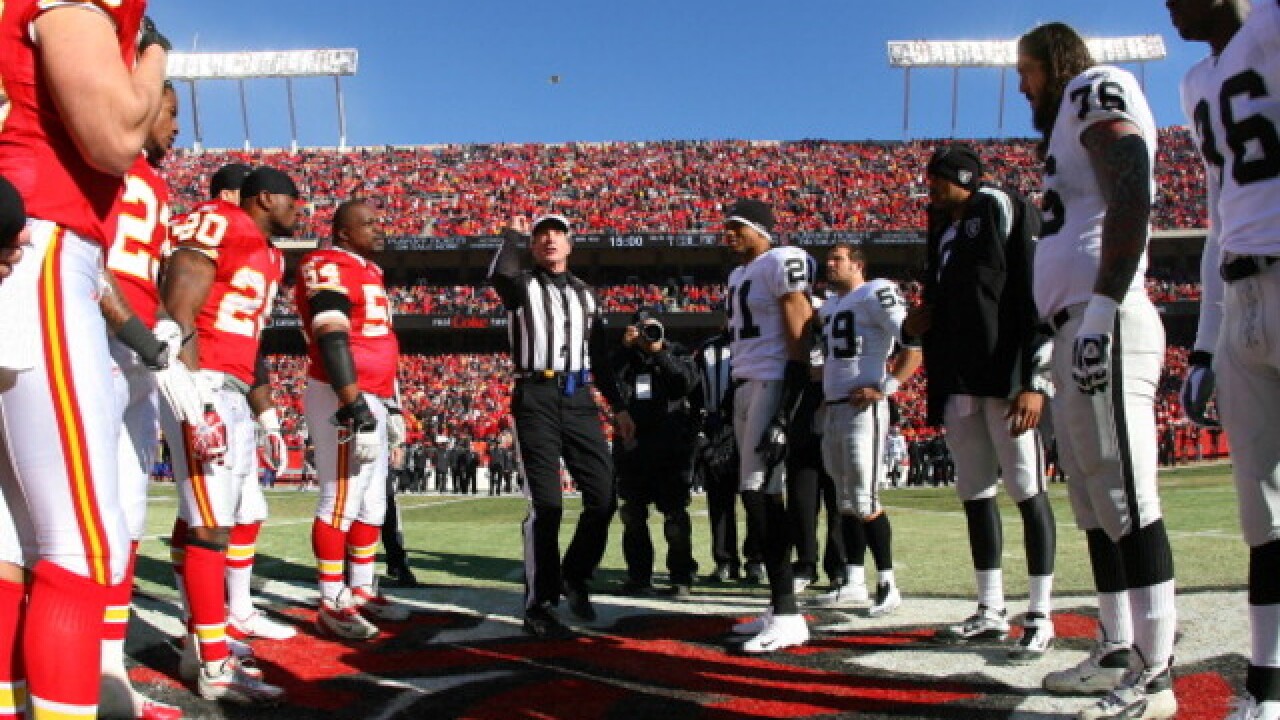 Copyright 2018 Scripps Media, Inc. All rights reserved. This material may not be published, broadcast, rewritten, or redistributed.
Tim Umphrey
<p>KANSAS CITY, MO - JANUARY 02: Team captains for the Kansas City Chiefs and the Oakland Raiders meet for the coin toss before a game at Arrowhead Stadium on January 2, 2011 in Kansas City, Missouri. (Photo by Tim Umphrey/Getty Images)</p>

KANSAS CITY, Mo. — It's the literal toss-up play of the game.

NFL teams have a 50/50 chance of winning. At this point in the season, the Chiefs have had Lady Luck on their side -- winning 9 coin tosses in a row.

The streak lives. The #Chiefs win the coin toss for a ninth-consecutive week and elected to defer. Kansas City will start on defense.

In the first six games, the Chiefs have called heads in each of their four away games and won. The opponents called tails in the first two games at Arrowhead and loss.

In the Chiefs games versus the Bengals, Broncos and Browns, they have won and deferred.

Is this history in the making?

The Detroit Lions hold the record for most consecutive coin toss wins. This happened in the 2004-05 season with 14 wins in-a-row. The Lions went 6-10 that season.

The Chiefs are now 8-1 and take on the Arizona Cardinals on Sunday.