Chiefs defensive coach has plenty to prove with new players 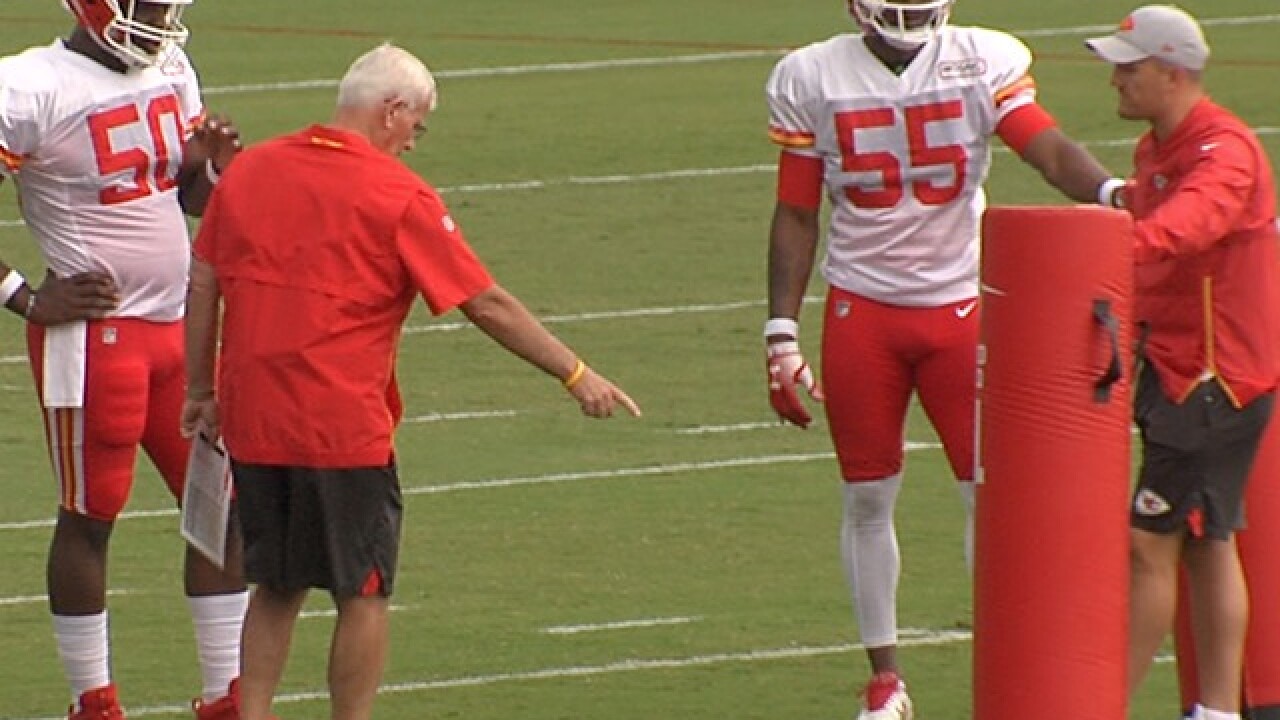 Copyright 2018 Scripps Media, Inc. All rights reserved. This material may not be published, broadcast, rewritten, or redistributed.
<p>Chiefs Defensive Coordinator Bob Sutton will lead a new group of players this season for the Kansas City Chiefs. Photo by KSHB</p>

ST. JOESPH, Mo. -- Much has been made about the high octane Chiefs offense, but what about the defensive side of the ball?

There are pretty big holes to fill with guys like Derrick Johnson, Marcus Peters and Tamba Hali all absent from this year’s roster, but it's still something they welcome as a huge challenge.

"We are all interested to see what the new guys can do," said defensive coordinator Bob Sutton. "Obviously we got a bunch of new guys, young guys and new guys that we haven't had a chance to see play in a Chiefs head gear. I think we are excited about that."

With the new acquisitions to this defense, the Chiefs understand that these players are being welcomed with open arms and are already feeling comfortable in this Chiefs defensive scheme.

"I love how we are growing," said linebacker Justin Houston.  "It's no hot head guys it's just everybody on the same page.  When you come to a new team, a guy really be quiet and really don't feel open to speak that's what I mean by hot head. You come to a new team, some people be shy and just don't want to take to other guys.

“Every new guy we brought in they,  just been all open.  Some people just be closed when they are uncomfortable with a new environment. All the guys we brought in, they seem like they're willing and they're open and ready to go."

The Chiefs could have as many as seven new defensive players in the starting rotation throughout the season.