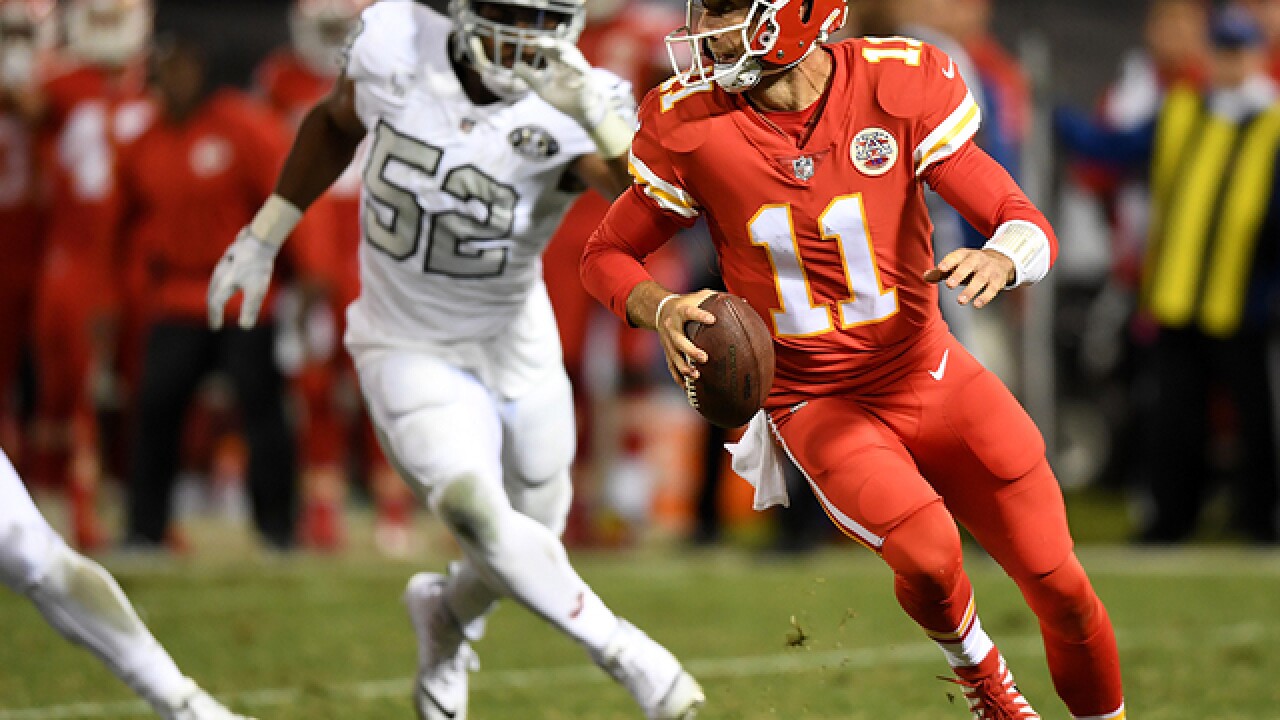 KANSAS CITY, Mo. — The Alex Smith era in Kansas City is reportedly over. And since the reported trade, Chiefs Kingdom is thanking him in a unique way.

Hundreds of fans have posted on Twitter saying they donated $11 to the Alex Smith Foundation. Smith wore #11 for five years with the Chiefs.

Another $11 on the way. The best money I've spent in a long time. If you are able, hope you'll join in helping support foster teens by giving to the Alex Smith Foundation. https://t.co/Kan1jA2sO1

A small thank you to Alex Smith and his foundation for the leadership, professionalism, and pride he brought to #ChiefsKingdom over the last 5 years. pic.twitter.com/HZbaj2zdOR

Happy to support Alex Smith Foundation. Thank you for everything that you have done for KC. pic.twitter.com/9AXdymZpLN

I made my $11 donation to the Alex Smith Foundation to thank him for his time in KC. I’d ask other #Chiefs fans to join me in donating. Thousands already have. https://t.co/1QCGq8o5mr

Thanks Alex Smith for your leadership in Kansas City the last 5 years. I donated $11 for #11 and his foundation to support youth in foster care. #kcchiefs #thankyoualex #11for11 @ArrowheadPride https://t.co/BUoUo0BnLg

According to its website, the foundation "provides foster teens with the tools and resources needed to transition to successful adulthood by developing and promoting Mentoring, Education, Housing, Internship, Job and Advocacy programs."

The Chiefs highlighted the work of the foundation in this article.

This is not the first time in recent months football fans have thanked a quarterback with donations to his foundation.

After Cincinnati Bengals quarterback Andy Dalton threw a game-winning touchdown to beat the Baltimore Ravens in Week 17 of the NFL season, Buffalo Bills fans donated thousands of dollars to his foundation. The Bengals win sent the Bills to the playoffs.