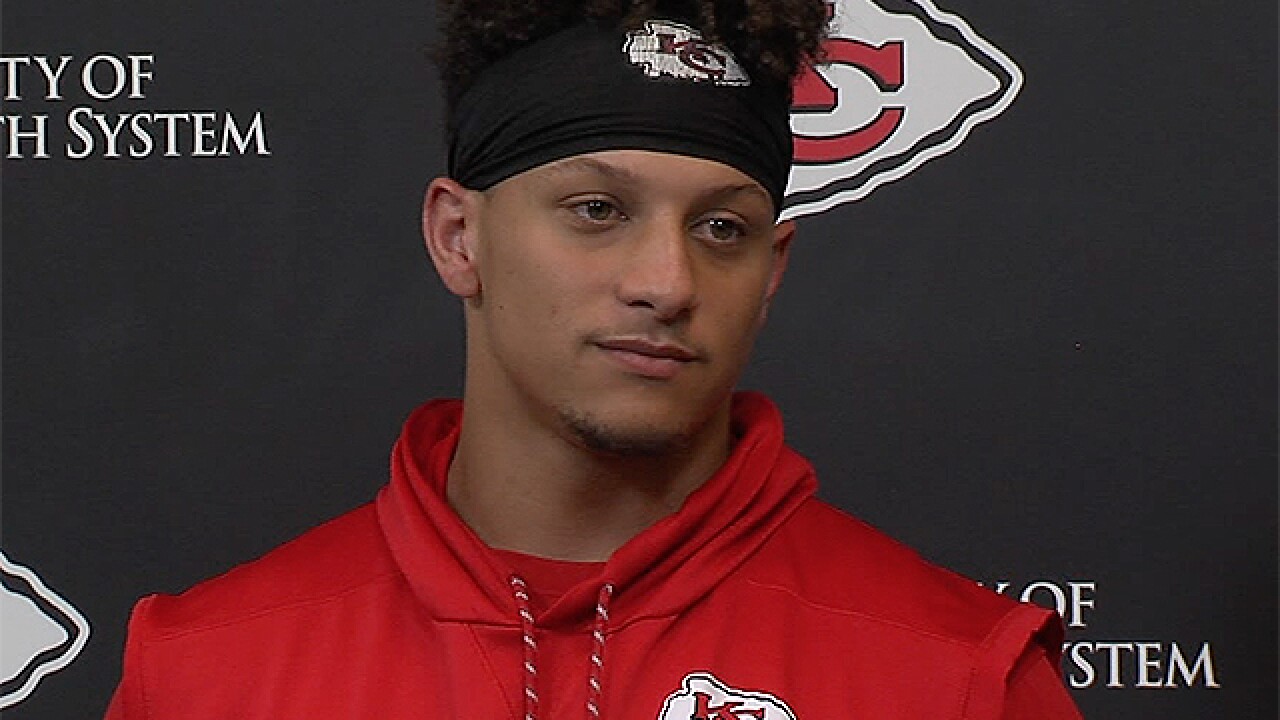 There are plenty of question marks headed into the season with an unproven quarterback. The Chiefs will need to have an effective game plan to answer some of the challenges the Los Angeles Chargers will likely throw at them.
Here are the five things to keep an eye on this weekend.

1. Expect Chargers to test Mahomes ability to identify protection
The Chargers will likely see what the Bears did on tape in the third preseason game. On third downs the Bears brought a variety of twists, double “A” gap blitzes, delay “A” gap blitzes and overload blitzes. Mahomes had to typically vacate the pocket early with pressure coming from both gaps on multiple the third downs. Defensive coordinator Gus Bradley will likely test out how well Mahomes is able to recognize pressure and slide protection accordingly to the look.

The Chargers will likely bring heat early to see if they can rattle the inexperienced quarterback and put him in the dirt. Don't be surprised if you also see Joey Bosa and Melvin Ingram align on the right side to perform a game and keep Mahomes from flushing out to his right.

2. Run right at them
The Chiefs found success last season when they ran directly at the Chargers front seven. It won't be an easy task but Kansas City did a good job of spacing their defense out. It helped to create some seams and cutback lanes that Kareem Hunt was able to take advantage of in the both the run and pass with 51 touches for 389 yards and 3 touchdowns. That is a 7.6 yard per touch average. Hunt was a physical downhill runner that the Chargers struggled to tackle and they couldn't match up with him in the flats. The Chiefs can utilize mis-direction early to create room later but at some point they will likely have to create yards head on.

3. Get Rivers off his spot
The Chargers offense primarily revolves around Rivers staying on his spot and throwing a fast ball to the receiver with route combinations to defeat man press coverage. The 15th year veteran gets uncomfortable when a team brings overload blitzes that force him to throw off his back foot and put too much air underneath it. Bob Sutton's defenses have found a lot of success over the years with this approach. If Rivers is flushed from the pocket the play is typically over as he struggles to accurate throw the football on the run and typically gives up on the play to live another down. Rivers running is a great thing for the Chiefs pass defense, otherwise if he remains on his spot he could torch the Chiefs for a career game.

4. Expect Keenan Allen to find the weakest link
Offensive coordinator Ken Whisenhunt will likely try to isolate Keenan Allen against the Chiefs weakest link in the secondary. Rivers will likely want to get the ball to him early and they will test the match up of Orlando Scandrick versus Keenan Allen. The Chargers lost a lot of athletic ability with the injury of Hunter Henry, so most of their passing offense will run through Allen, Mike Williams, Tyrell Williams, Travis Benjamin and Melvin Gordon against a linebacker. Whisenhunt will likely see if Sutton has adjusted from last year or if he can force the Chiefs defense into the match ups he and Rivers want to exploit based on the package.

5. Sound in run fits
Head coach Anthony Lynn has brought a physical style to the Chargers offensive line. The addition of Mike Pouncey at center has helped the Chargers through the preseason in their red zone rushing attack. The Chargers will likely line up like this: LT Russell Okung, LG Dan Feeney, C Mike Pouncey, RG Michael Schofield and RT Joe Barksdale. The offensive line still has some work in its pass protection but run blocking wise they can move some defenders off the ball and create plenty of running room for Gordon and Austin Ekeler.

If the Chiefs are able to to accomplish these things on Sunday they should be able to return to Kansas City with the fifth opening game win in six tries under Head coach Andy Reid. Each time the Chiefs have won their opening game during the Reid tenure, they have gone on to clinch a spot in the playoffs.

Nick Jacobs can be found on Twitter: @Jacobs71 and can also be heard on the 4th and 1 podcast brought to you exclusively by 41 Action News. 4th and 1 is available on iTunes, Google Play and TuneIn.