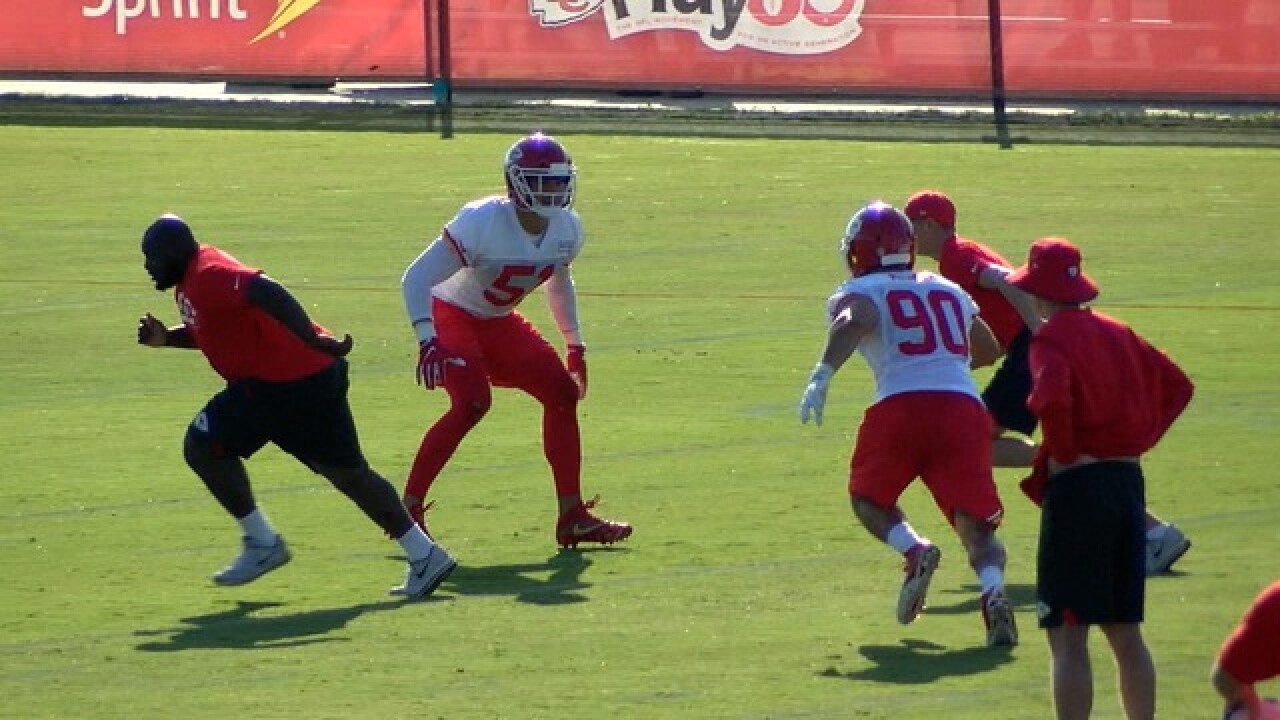 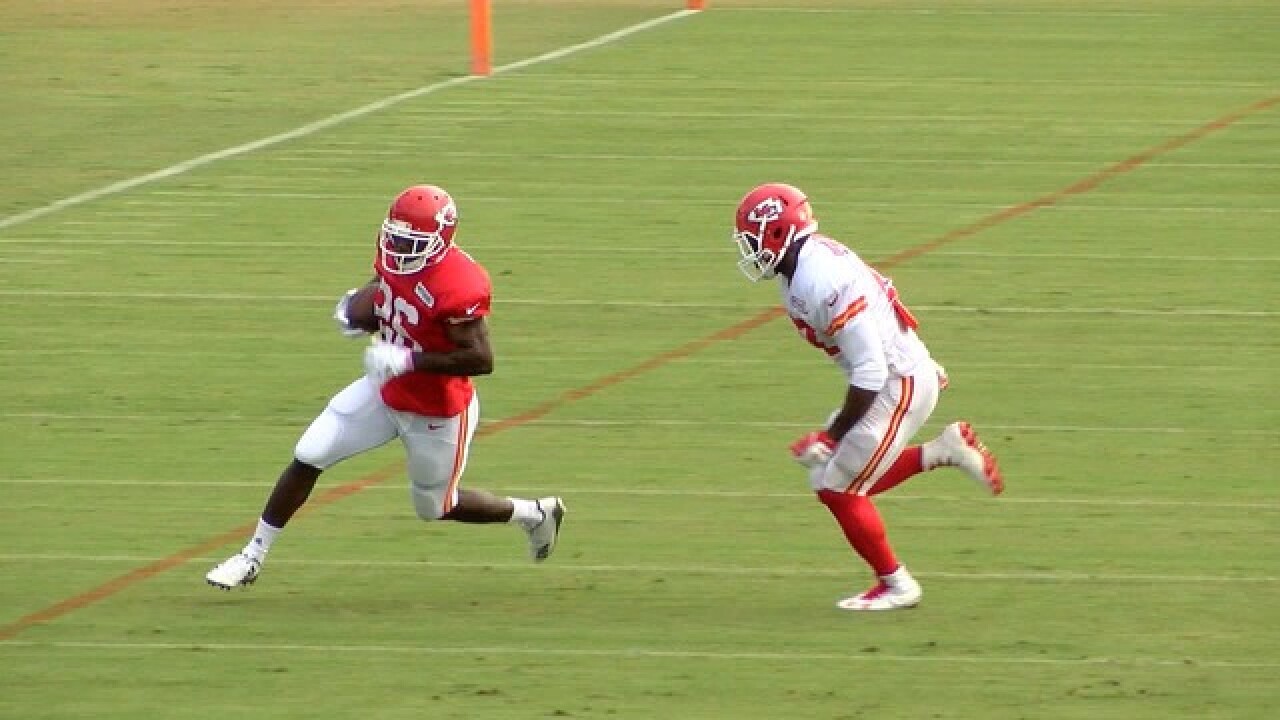 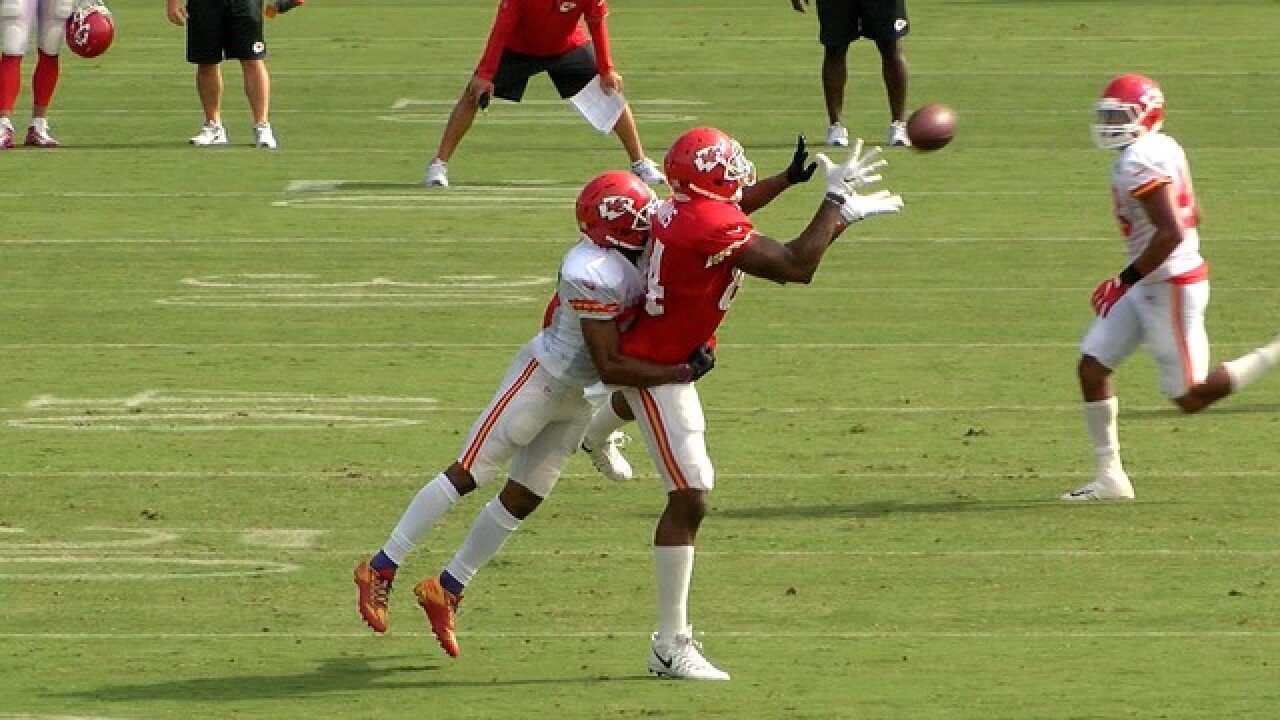 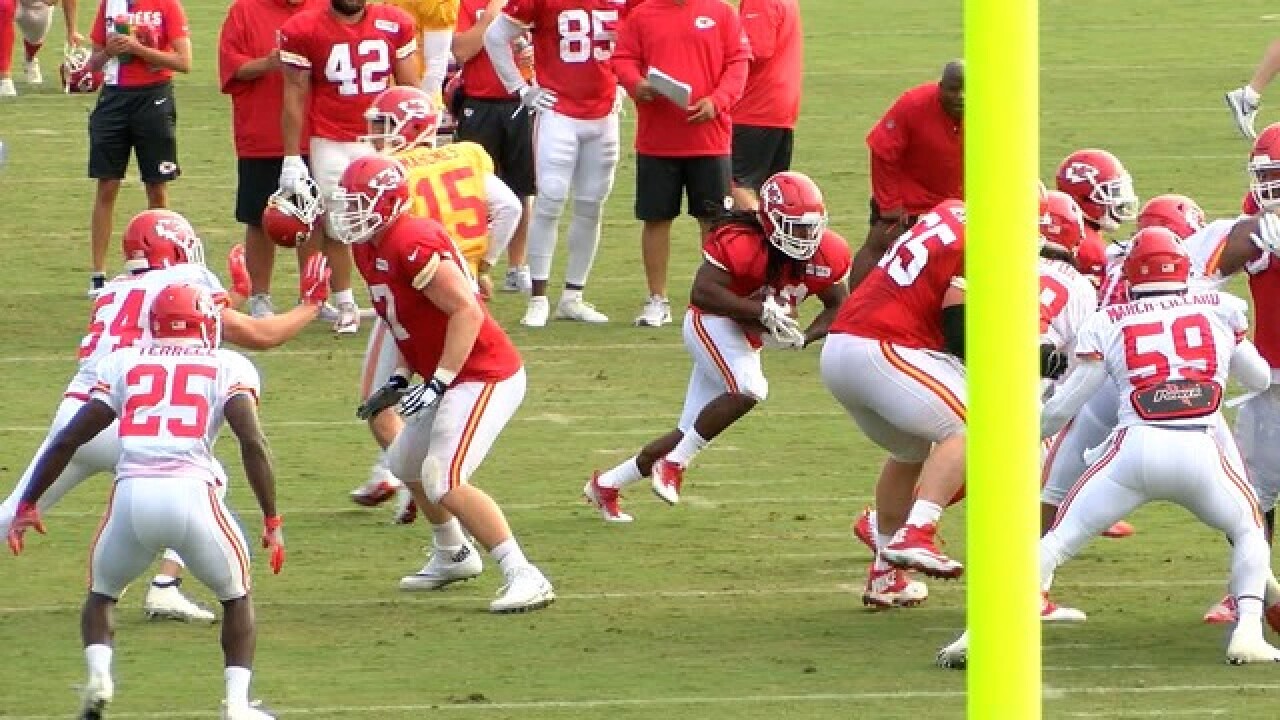 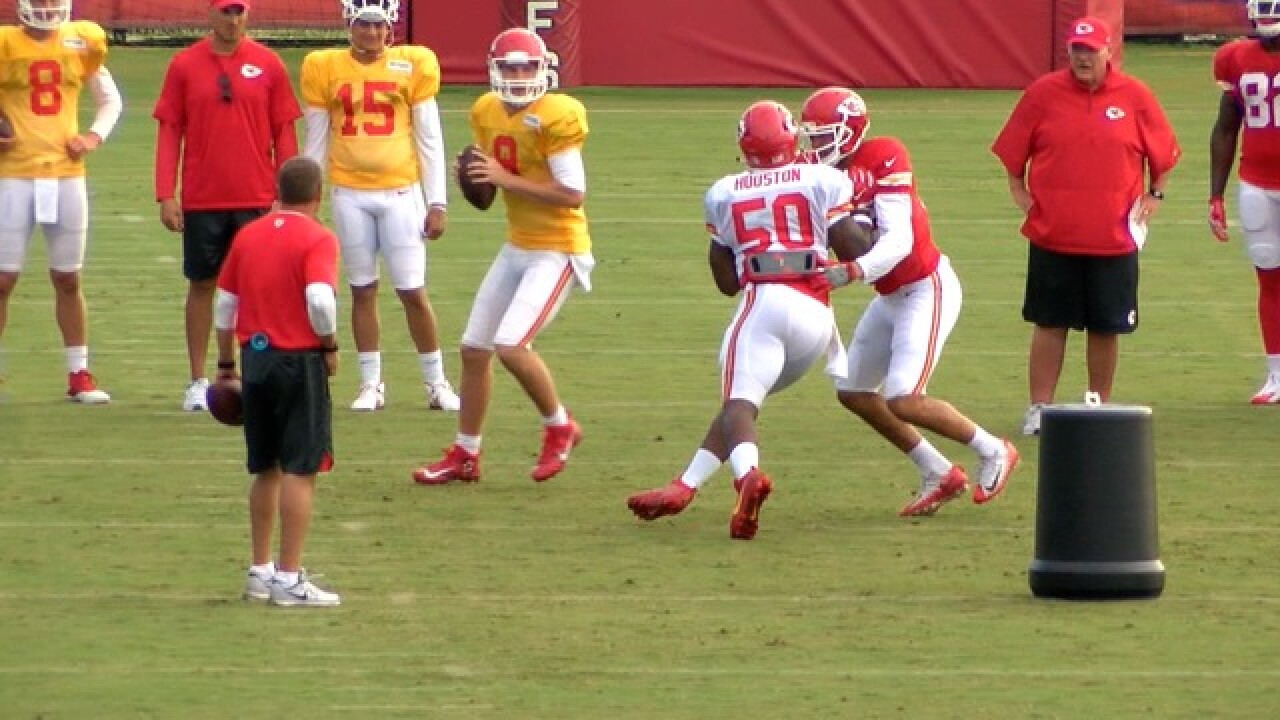 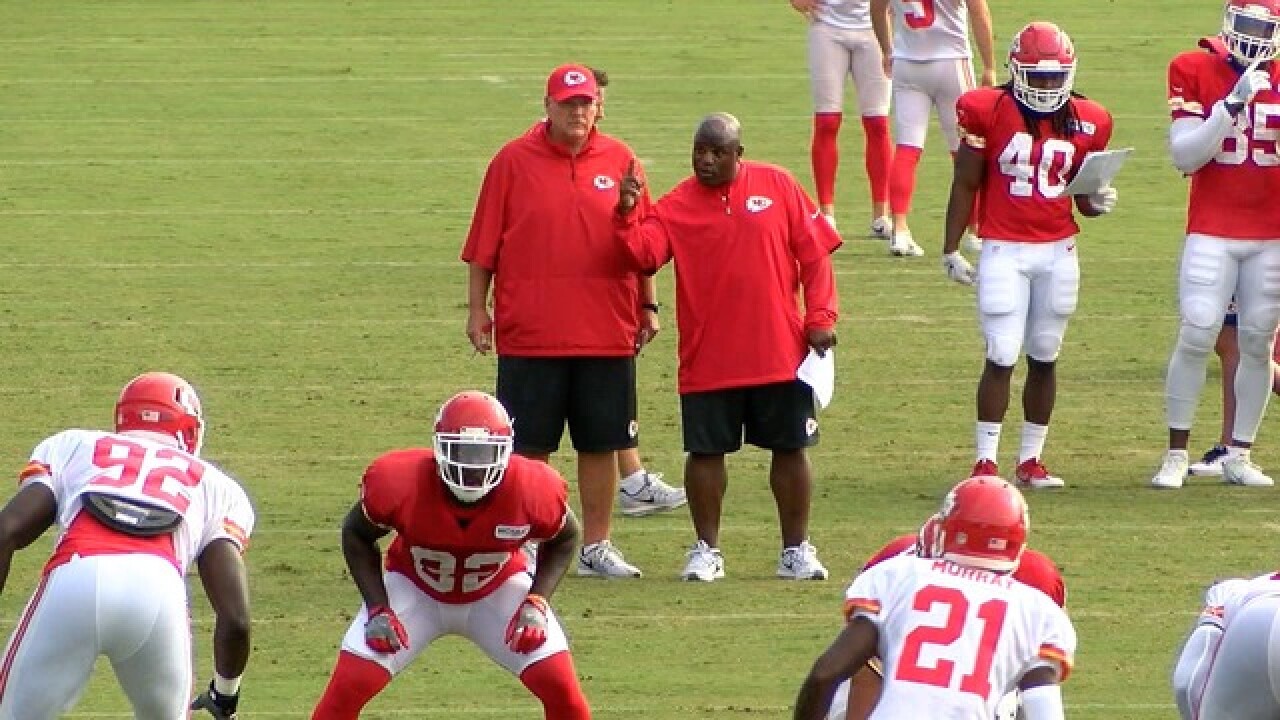 If the level of competition and play on the field is any indication — the Chiefs coaching staff and management will have a tough time choosing which players will make the team.

Positions in all three phases: offense, defense and special teams will have unknown players that will make a run at making the team while some familiar players may get cut. There may be some surprises coming out of Chiefs camp.

"[Current Defensive Coordinator] Bob Sutton was my linebacker coach in New York [with the Jets]," Linebacker Josh Mauga said. "He always told me then that, you come train like a starter cause you never know when your number can get called up. So, now I... every year, it's the same. I train like I'm gonna be the starter. And, I go from there."

Players are back on the field 4 another day of #CHIEFSCAMP. They're really getting it out there on the field & puttin' in work. #BALLERALERT pic.twitter.com/GAwDKuHdQA

Mauga is one of 15 linebackers currently at Training Camp. The logjam at that position did not go unnoticed and caused some concern amongst the players most notably with Tamba Hali. The 12-year veteran recently voiced his displeasure, through a series of tweets, for his lack of playing time during last season's AFC Divisional playoff game against Pittsburgh. He wondered where he fit into the Chiefs' plans going forward.

The fact that @TambaHali91 is upset is why this is news. But beyond that, that he's willing to speak for himself is a nice development. pic.twitter.com/zH2d0MYRjz

The sentiment from the coaching staff is that competition is good for the team as a whole.

"The thing you try to do is, you try to get guys up sometimes at different groups to see how they're gonna play against really good competition," Sutton said. "You know how they respond to the other guys around them. So, we got some good competition [at training camp].