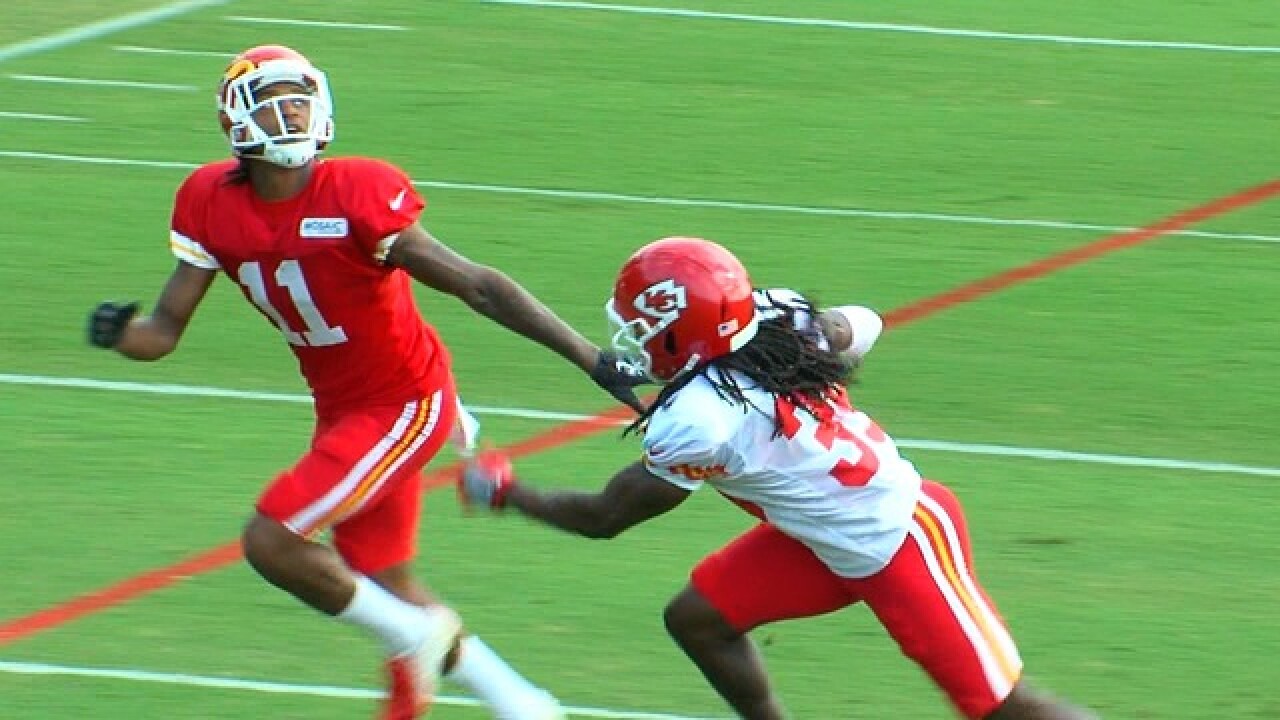 KANSAS CITY, Mo. -- Patrick Mahomes to Demarcus Robinson  -- the leaping, one-handed grab was the highlight of last Thursday’s (Aug. 2) practice at Chiefs training camp and may be a familiar sight this season.

In the Chiefs playoff game against Tennessee months ago, Robinson recorded his first career touchdown in the 22-21 loss. Now entering his third season in the league, Robinson is set on having an exceptional year.

“It gave me a momentum boost coming into camp,” Robinson said. “Showing what I can do during game time, playoff-wise and just letting the quarterbacks and the coaches know that I can do the same thing coming into this year.”

Robinson will have a chance to show his skill in different spots this season. Usually only playing the single receiver position, he’s played in the slot during camp.

“He’s doing a nice job with it and it’s important when you’re in that role,” coach Andy Reid said. “It’s important that you’re always going back and reviewing and staying up on it because we’re still doing out installs here but he’s handling it very well and I’m proud of him for that.”

Knowing the plays is important as well as having a good relationships with the quarterback.

Robinson and Mahomes have had their share of fun outside the field, such as practicing their swing at TopGolf.

“Having fun outside of football stuff, it just brings the chemistry way better when you get on the field,” Robinson said.