Do Chiefs have the NFL's best group of pass-catchers? 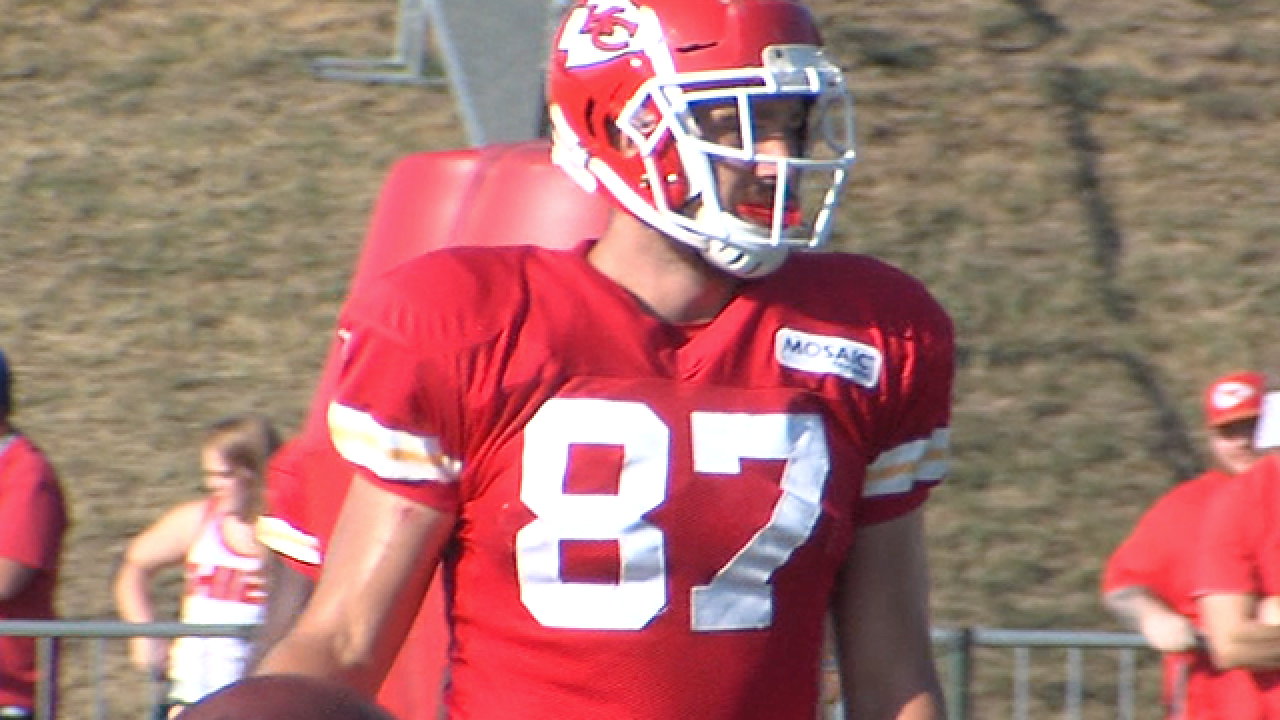 Copyright 2018 Scripps Media, Inc. All rights reserved. This material may not be published, broadcast, rewritten, or redistributed.
<p>Chiefs tight end Travis Kelce leads a group of pass catchers ranked by some as one of the best in the NFL. Photo by KSHB</p>

KANSAS CITY, Mo. — So, you think the Chiefs have a stellar wide-receiving corps? Well, you’re not alone.

Pro Football Focus rates Kansas City as having the No. 2 collection of pass-catchers in the NFL, but it’s something of a coin flip for the top spot with the Vikings.

“We were splitting hairs between the top two here with Sammy Watkins' down 2017 season being the lone differentiator,” according to Pro Football Focus.

Watkins, who has 25 touchdowns in 52 career games, has struggled to remain healthy in recent years, but he could thrive paired with Tyreek Hill in the Chiefs’ offense.

Both are speedy deep threats, capable of taking the top off a defense and, when on the field at the same time, create a lot of headaches for opposing safeties.

Mahomes takes over and Watkins joins an offense that already features one the NFL’s fastest players and best deep threats in Hill, arguably the league’s best tight end in Travis Kelce and a stable of running backs that includes the top rusher from last season in Kareem Hunt.

Hill ranked third in the NFL with a 139.6 passer rating when targeted running go routes last season, according to Pro Football Focus, but he devastated defenses on quick throws too.

He and Watkins ranked in the top five last year among all NFL receivers in passer rating generated on targets.

Former Chiefs wide receiver Albert Wilson, who signed with the Dolphins in the offseason, ranked No. 4 on that list, which isn’t a perfect way to measure 2017 production or project 2018 success.

But it also highlights what a dominant tandem Hill and Watkins could be, especially given Kelce’s presence.

It creates a poison pill every snap those three are on the field for any defense.

Play too deep, though, and Kelce picks apart the defense in the middle of the field.

Drop too many into coverage to take care of the Chiefs’ receivers and now Hunt, who is a tackle-breaking and tackle-eluding machine, gets a free run at the second level of the defense.

There are no good options there.

“I think we’re going to open things up for each other,” Kelce said. “Pat’s got quite an arsenal to throw to, and that’s not just the wide receivers up front. You want to talk about Demarcus Robinson making a stride forward, Chris Conley coming back off an injury looking great.

"Then, you’ve got the running backs, guys like Charcandrick West, obviously Kareem Hunt, and Spencer Ware coming off an injury. We’ve got an offense that we’re excited to do some work with.”

Even with a first-year offensive coordinator, Reid’s experience and acumen should ensure the Chiefs don’t miss a beat.

“That group is a hard-working group,” Bieniemy said. “One thing I respect about that group is that they hold each other accountable.”

Perhaps that’s because it’s a group that knows what is possible if they pull the rope in the same direction together.

“The fans love the football team,” Hill said. “Especially with Pat at the helm, fans are ecstatic. Everybody just can’t wait for the season. I am excited, my teammates are excited and we can’t wait to get rolling.”