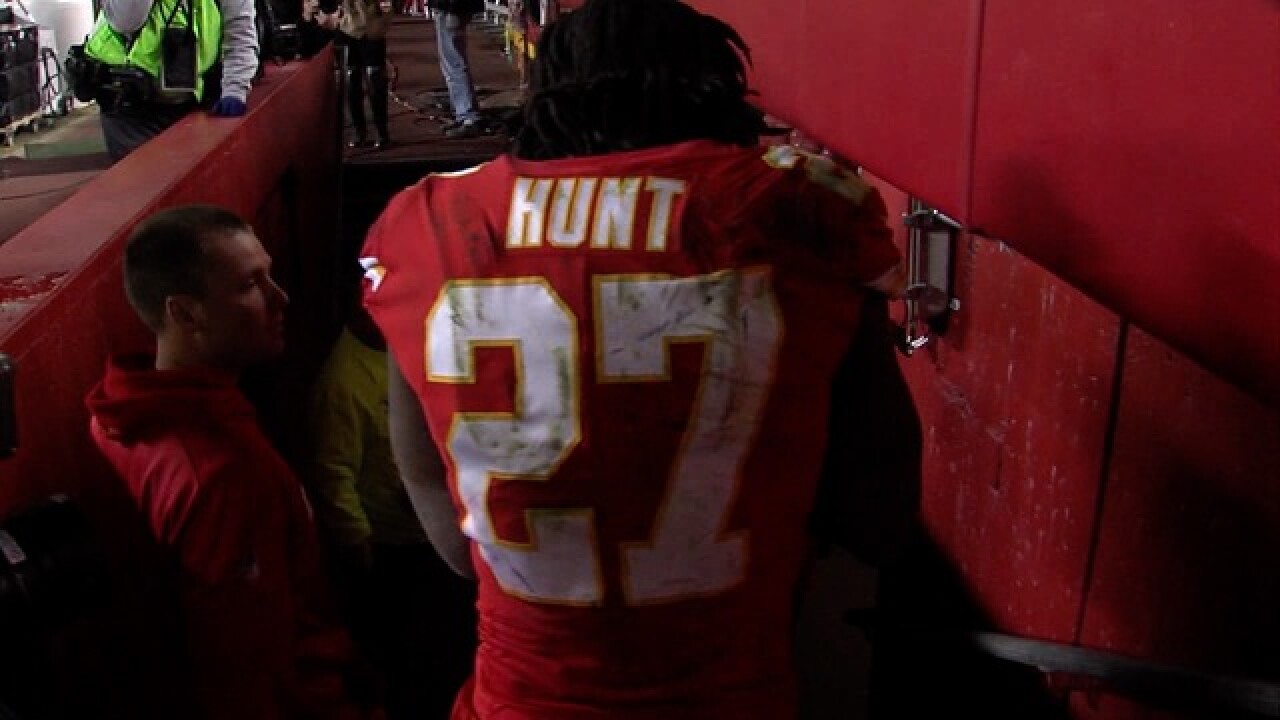 Copyright 2018 Scripps Media, Inc. All rights reserved. This material may not be published, broadcast, rewritten, or redistributed.
<p style="margin-bottom:12.0pt; margin:0in 0in 0.0001pt">It's been more than a week since the Kansas City Chiefs released star running back Kareem Hunt, but fans seemed to accept and applaud the team's decision during Sunday's tailgating.</p>

KANSAS CITY, Mo. — It's been more than a week since the Kansas City Chiefs released star running back Kareem Hunt after he wasn't truthful regarding his actions during an incident at a Cleveland hotel involving a 19-year-old woman.

The Chiefs cut him Nov. 30, a few hours after TMZ released a video of the incident that showed Hunt shoving and kicking the woman. He also knocked down two people during the encounter.

Gathering at Arrowhead Stadium for the first time since Hunt's release, some fans at Sunday's game applauded the team's decision.

"I think they made the right decision by doing it quickly because you don't want something to linger on," Chiefs fan Christin Kunard said.

Others had mixed feelings about the Chiefs' swift action.

"It's a tough call," another Chiefs fan, Jon Semsch, said. "I kind of wish they would of sat on it for a little while, but after the video came out there was no other option that they really had on the table. I understand the decision."

Most agreed that Hunt needed to be held accountable for his actions.

"At any level of a person that you are, no matter how well you are known, you need to make sure that you are always being responsible for your actions," tailgater Lisa Davis said.

As for how Hunt's absence will impact the Chiefs' Super Bowl hopes, those same fans weren't worried.

"They will be fine," Semsch said. "Other people are going to step up just like they did in the (Oakland) Raiders game, so they will be all right."

Generally, pregame tailgaters ahead of the Chiefs' 27-24 overtime victory against the Baltimore Ravens believed the franchise made the right decision.

"You've got to respect people and they did a good job as an organization," Chiefs season ticket holder Tyler Henderson said. "We have values, morals, and Kareem broke them all."